Ellen Lloyd - AncientPages.com - Does the sacred hidden island of Buyan exist in another reality invisible to our naked eye? Some legends tell the magical island is invisible, but other stories reveal it can disappear or appear when approached. There is also an opinion that the island of Buyan is real and can be found on all modern maps. 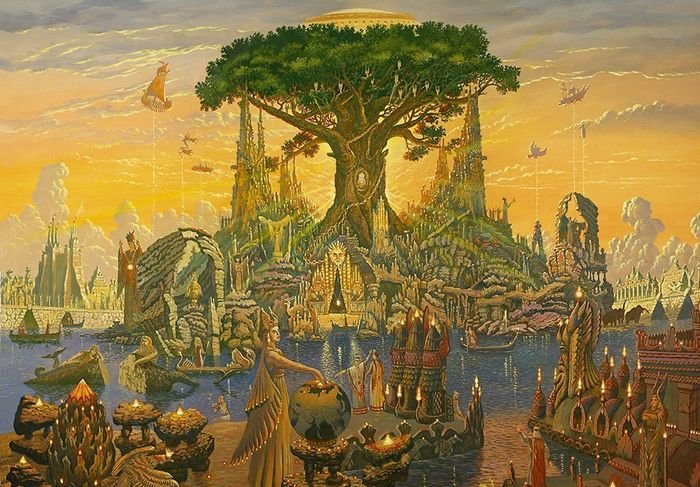 As we investigate the legend of Buyan, we find something surprising that explains some parts of its beautiful legend, but far from all and at the end we are left with unanswered questions that keep our curiosity alive.

We encounter tales about Buyan in Slavic mythology. It’s a remarkable place located somewhere in the ocean. Buyan, sometimes referred to as the Slavic Atlantis is sacred because it is home to the Sun and the three brothers, the North Wind, the East Wind, and the West Wind.

It is also the dwelling place of the Zoryas, two guardian goddesses, known as the Auroras. In Slavic mythology the Zoryas represent the Morning Star and the Evening Star. 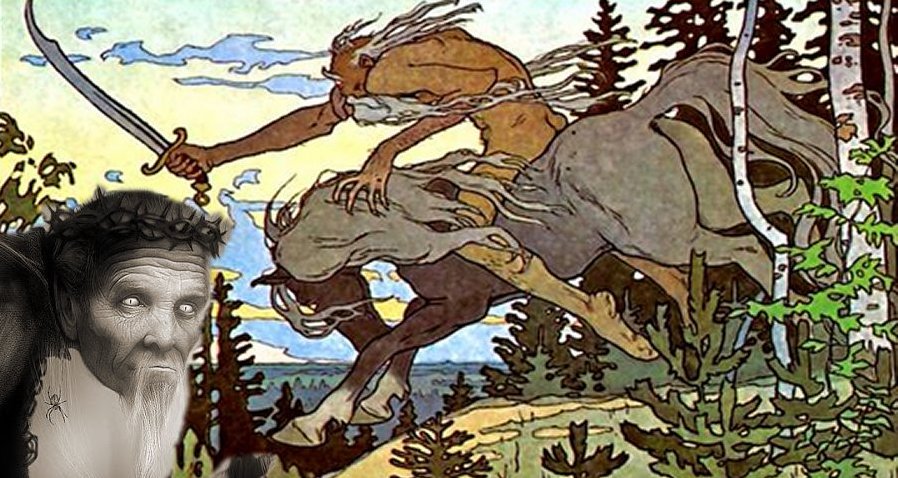 Koshchey is always portrayed as an elder who is hunched over, with long beard and gray hair. At the same time, he is very strong physically and spiritually for his weak looking appearance.

Hidden somewhere on the island lives Koshchey, the immortal strong and wise ruler of darkness. Koshchey cannot be killed unless somebody find his soul, so he is clever enough to hide it.

From the Russian tale “The Frog Tsarevna”, we learn that “Koschei’s death is on the point of a needle, which is in an egg, inside a duck, which is in a hare, contained in a chest buried underneath a large oak tree at Island of Buyan.”

The Slavic oak tree represents the connection between Heaven and Earth like Yggdrasil in Norse mythology, the Ceiba Tree of Maya, and the Celtic Tree of Life.

The island of Buyan was created by the mighty sky god Perun, one of the most important Slavic deities. Perun, God of Heaven and Lightning has a counterpart and enemy whose name is Veles and he is the God of Darkness and Underworld. Perun and Veles are always in conflict and there is an eternal struggle between light and darkness.

The island of Buyan is believed to be the place where of all weather in the world originates, created by the God Perun. A strange animal known as Indrik lives on the island. It has a bull’s body, head of a horse, legs of the deer and a large horn. Indrik is responsible for the earthquakes on Earth, takes care of the water system and protects other animals. 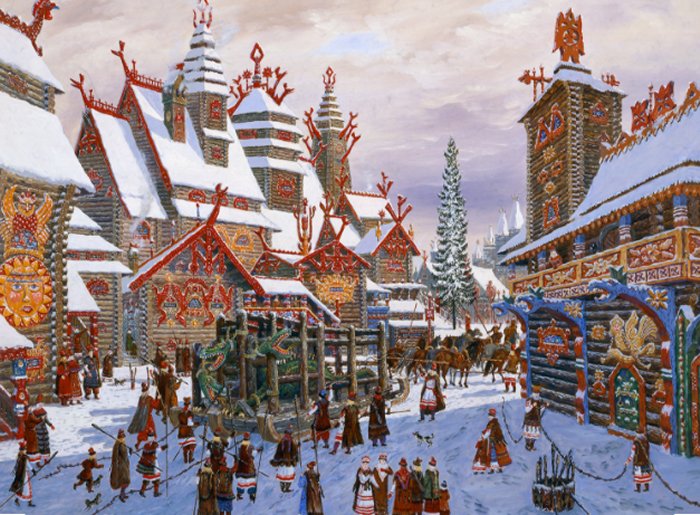 Very close to Buyan, we can also find the bird Gagana, a fabulous bird with a beak of iron and claws of copper. This unique creature can foretell future events. It has the face of a human and was born at the same time as our planet, meaning it knows our entire history. Unfortunately, the bird’s voice is difficult to understand so humans cannot learn all secrets of the past and future. When Gagana flies across the skies, there is a storm on Earth.

On the island there is also a precious alatyr stone that is always guarded by Gagana, , and Garafena a magical snake. The pure white alatyr stone can heal, grant eternal happiness and youth.

Where Is The Island Of Buyan Really Located?

Is the island of Buyan merely a myth or has anyone ever seen this enigmatic place that appears and disappear at certain times? Have we mistaken the magical island for a real place? The location of Buyan is open to debate, but many have suggested that Buyan is actually the island of Rügen. 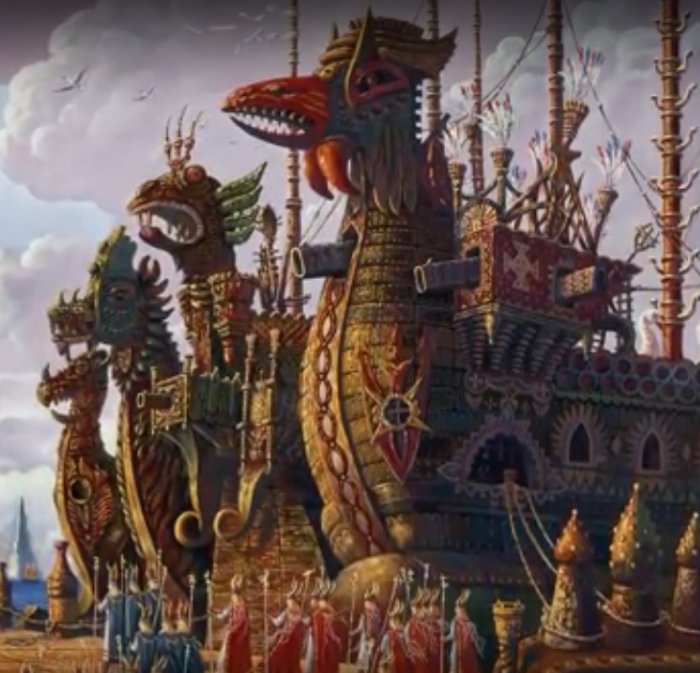 From the 7th to the 12th century Rügen was the principal center of the Slavonic and Wendish worship. Readers of Ancient Pages may remember that among the numerous deities of the Slavic peoples of central Europe, the most prominent place was occupied by Svantevit, the war god also known as (Svetovit, Sventovit).

Likho: Puzzling And Persistent Demon Of Mischief In Slavic Mythology

Svantevit was depicted with four necks and four heads, two of them facing in front and two behind. Multiple heads were most important feature of the Slavic pantheon of gods. It is believed that Svantevit may also have been worshipped as a supreme deity and seen as a father to other gods. The center of his worship was in Arkona (Arcona) – the ancient temple of the Slavs built on a high rocky shore of the Baltic island of Rügen, Germany.

In 1168, King Valdemar I of Denmark destroyed the Rügen’s Slavic worship site, but there are still ancient ruins on the island that remind people of the Pagan god who once played an important role to their ancestors. 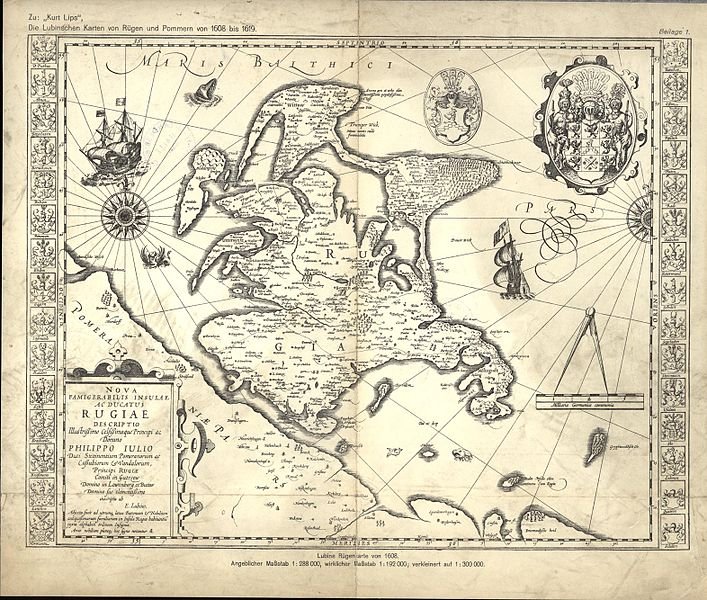 Was Buyan the island of Rügen? Credit: Slavorum.org

So, yes, it’s very possible that Buyan was the island of Rügen, but how do we explain all the other elements of the legend such as the mysterious alatyr stone and all remarkable animals with supernatural powers that lived on the island? Are these stories simply a product of peoples’ imagination or something else we just cannot explain?

The story of Buyan is very similar to the legend of Brigadoon, a  hidden village somewhere in the Scottish Highlands that appears every hundred years for just one day or the legend of Kitezh.

Kitezh and Brigadoon are both invisible and can only be seen by some and very rarely.

Stories of places that exists on the border to our visible reality can be found worldwide.  Some may have been real, whilst others may be fictional places. Perhaps the beauty of the Buyan legend lies in the fact that we may never know the whole truth about this enigmatic island.

About the author:
Ellen Lloyd – is the owner of AncientPages.com and an author who has spent decades researching history, ancient mysteries, myths, legends and sacred texts, but she is also very interested in astronomy, astrobiology and science in general

Roman Zaroff - The Origins of Sventovit of Rügen