Ellen Lloyd - AncientPages.com - The mysterious copper scroll discovered in 1952 near Qumran on the shores of the Dead Sea, is an archaeological anomaly.

When scientists found Copper Scroll (3Q15) it soon became obvious this was a very precious artifact. The Copper Scroll doesn’t resemble the other Dead Sea scrolls and many scholars think it contains vital information about hidden treasures. This raises a number of questions. Was the baffling Copper Scroll written by the Essenes or an unknown ancient group of people? If the artifact is a treasure map, then whose treasure was it and why was it hidden? 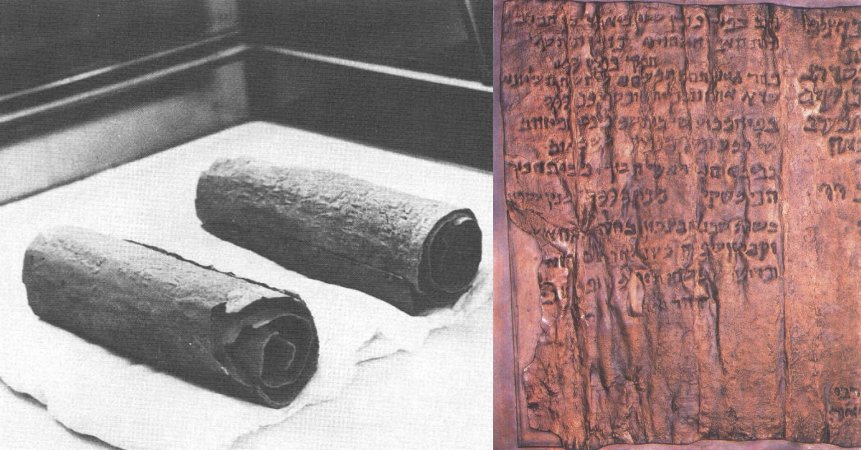 If the treasure is real, why haven’t we found it yet? Are scientists looking in the wrong places? Those who examined the Copper Scroll have reasons to believe it is unlikely that the treasures will be revealed any time soon.

The Copper Scroll Differs From Other Dead Sea Scrolls

Unlike the other Dead Sea scrolls, the Copper Scroll was never intended to be a work of literature. Instead it is a list of the hiding places where treasures of gold and silver are buried but finding these items is by no means easy. 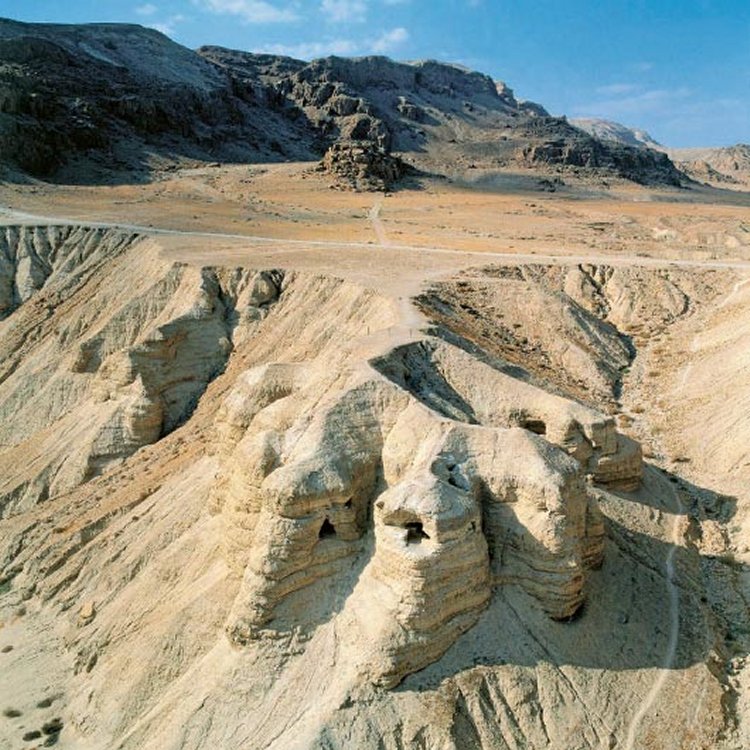 In 1954, K. G. Kuhn, a German scholar visited Jerusalem and examined the artifact: He suggested that the Copper Scroll was an inventory of the hidden treasures of the Essene community. Unfortunately, the scroll made of oxidized metal was extremely brittle and if anyone tried to unroll it, the artifact would crumble into pieces.

In those days, scientists still lacked technology to examine such fragile artifacts. The Copper Scroll was taken to Manchester University's College of Technology in England where Professor H. Wright Baker cut the copper sheet into sections, allowing the text to be read. The first editor assigned for the transcribed text was Józef Milik, Polish biblical scholar and a Catholic priest, well-known researcher of the Dead Sea Scrolls.

Milik’s first impression was that the scroll was a product of the Essenes, but later he changed his mind. He stated that the scroll was not related to the community, although it was found at Qumran. The Hebrew used in the scroll indicates it was written in a later period than the Dead Sea Scrolls.

The Copper Scroll is a controversial artifact. It is a list of 64 locations and corresponding amounts of gold and silver, but scholars cannot agree on what the actual contents are.

In 1962, an expedition led by John Allegro visited some of the locations listed on the Copper Scroll. These explorers excavated some potential burial places for the treasure. However, nothing was found.

Where And What Are The Copper Scroll Treasures?

Over the years many scientists have tried to shed more light on the secrets of the Copper Scroll. Several theories have been put forward. Some suggested the treasure belonged to the Qumran community. The problem with this theory is that the Essenes were content to live ascetic lives and it seems highly unlikely they would possess such a large amount of gold and silver.

Another theory is that the treasure could be that of the First Temple, destroyed by Nebuchadnezzar, King of Babylon, in 586 BCE. Yet another, slightly more controversial theory states that the ancient treasure was found by Knights Templar. It’s possible of course, but how would they know where to look for it? 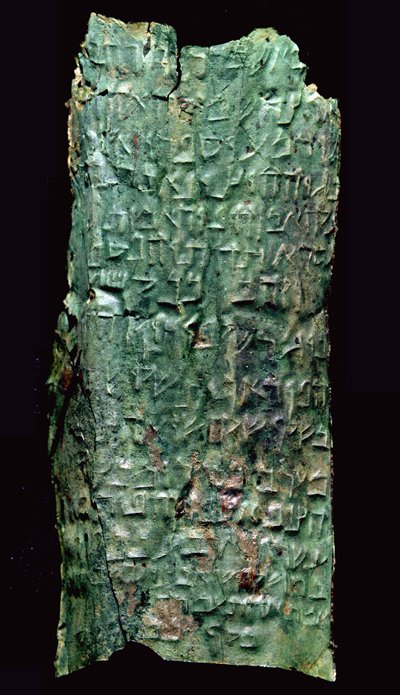 Perhaps the most intriguing theory deals with the possibility that the treasure belonged to the Second Temple which was destroyed by Roman forces in 70 C.E. Location 32 listed on the Copper Scroll does in fact refer to a temple treasure.

This part of the scroll is damaged, but we can still read: “In the cave that is next to the founta[in ] belonging to the House of Hakkoz, dig six cubits. (There are) six bars of gold.”

So, we are told the treasure is hidden on the property of the House of Hakkoz, a name of a priestly family that traced its ancestry to the time of David. The Hakkoz estate was in the Jordan Valley not far from Jericho. Interestingly, the Hakkoz family lived in a place where most of the Copper Scroll hiding places are located. 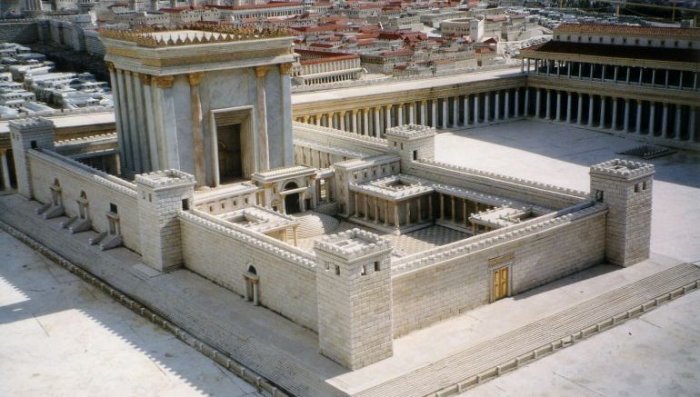 Modern reconstruction of what the Second temple in Jerusalem may have looked lie. Credit: Public Domain

As, P. Kyle McCarter, Jr, Professor in Biblical Studies and Ancient Near Eastern Studies at Johns Hopkins University once pointed out “in Nehemiah 3:4 we learn that the leader of the family at the time of Nehemiah’s reconstruction of the walls of Jerusalem was “Meremoth son of Uriah son of Hakkoz,” and in Ezra 8:33 we are told that the Temple treasure, when it was brought back from Babylon, was entrusted to “the priest Meremoth son of Uriah.” In short, the Hakkoz family were the treasurers of the Temple!

It seems very likely, then, that the Copper Scroll treasure was wealth somehow associated with the Temple in Jerusalem.”

So, for now the Copper Scroll remains an unsolved ancient mystery.

Shelley Neese - The Copper Scroll Project: An Ancient Secret Fuels the Battle for the Temple Mount