Ellen Lloyd - AncientPages.com - Did ancient Romans invent unbreakable glass? If they did, then their secrets are long lost because the inventor of flexible glass was beheaded by the Roman Emperor Tiberius.

According to Roman authors Petronius (c. 27–66 AD) and Pliny the Elder (23–79 AD), a glassmaker was granted an audience with Emperor Tiberius. The glassmaker presented an incredible invention called a phiale (a shallow drinking vessel). The drinking bowl must have been made out of extraordinary material because when the Roman Emperor Tiberius Caesar made an attempt to break the bowl, he did not succeed. 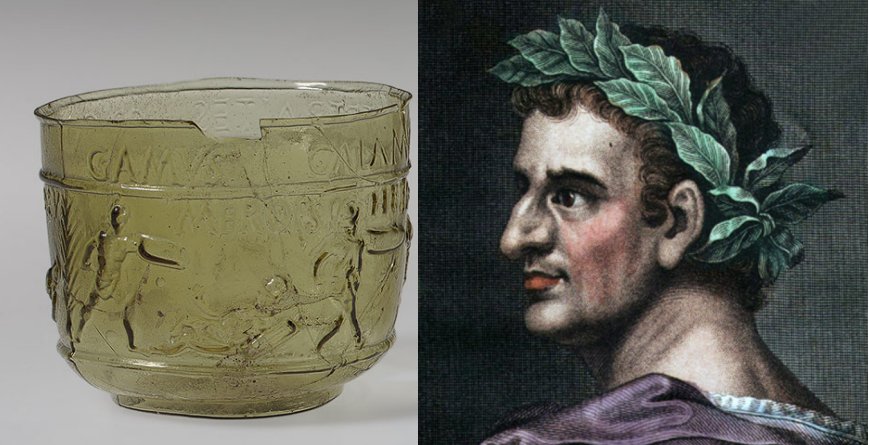 Instead of breaking, the bowl dented, like a bronze vessel. The glassmaker took out a hammer and removed the dent.

When Emperor Tiberius asked if anyone else knew how to to make this kind of glass, the proud inventor replied by saying that he alone knew the technique of manufacture. Unfortunately, the Emperor was by no means impressed.

Emperor Tiberius feared that such remarkable material could undermine the value of gold and silver and gave the order to behead the inventor.

In his Naturalis Historia, Pliny the Elder relates the story, but he also makes clear that he doesn’t believe anyone invented flexible glass (vitrum flexile). According to Pliny the Elder, it’s just a story. 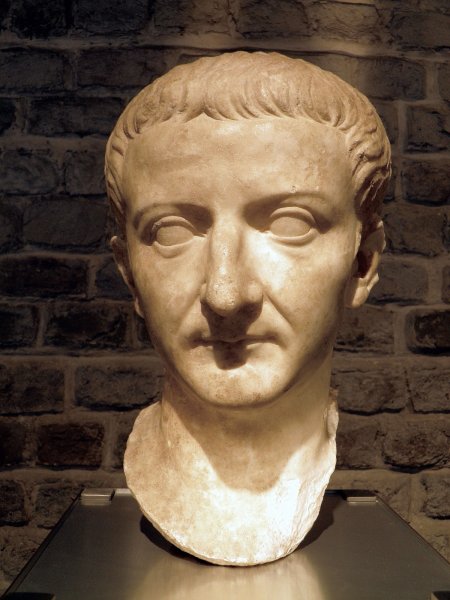 There is also another version of the story told by Dio Cassius (AD 150–235), a Roman statesman and historian of Greek origin. Dio Cassius wrote in his Historia Romana that ‘an architect whose name no one knows’ aroused the jealousy of Emperor Tiberius, who exiled him. Apparently, Emperor Tiberius was jealous of the architect’s skills.

“About this time one of the largest porticos in Rome began to lean to one side, and was set upright in a remarkable way by an architect whose name no one knows, because Tiberius, jealous of his wonderful achievement, would not permit it to be entered in the records. This architect, then, whatever his name may have been, first strengthened the foundations round about, so that they should not collapse, and wrapped all the rest of the structure in fleeces and thick garments, binding it firmly together on all sides by means of ropes; then with the aid of many men and windlasses he raised it back to its original position.

At the time Tiberius both admired and envied him; for the former reason he honored him with a present of money, and for the latter he expelled him from the city. Later the exile approached him to crave pardon, and while doing so purposely let fall a crystal goblet; and though it was bruised in some way or shattered, yet by passing his hands over it he promptly exhibited it whole once more. For this he hoped to obtain pardon, but instead the emperor put him to death.” (Historia Romana 57.21.7).

Whether the story is just a myth or there is some truth behind it, is impossible to say. No example of Roman vitrum flexile is known to exist. 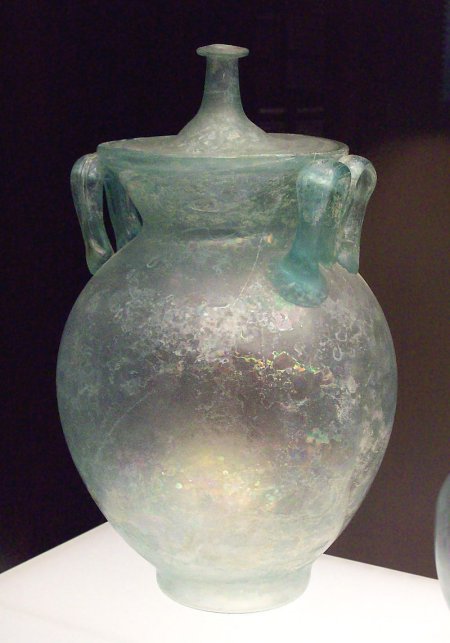 Is it really possible e a Roman inventor could have invented a form of break-resistant, denting glass? Currently, modern scientists are attempting to develop flexible glass that will be used in smart phones.

What is important to keep in mind is that Roman glassmaking reached its peak during the early Imperial period, around the 1st century A.D.

The Pax Romana (‘Roman Peace’) was a period of relative peace and stability across the Roman Empire which lasted for over 200 years, beginning with the reign of Augustus (27 BC – 14 CE), the first emperor of Rome to the reign of Marcus Aurelius (161 -180 CE). 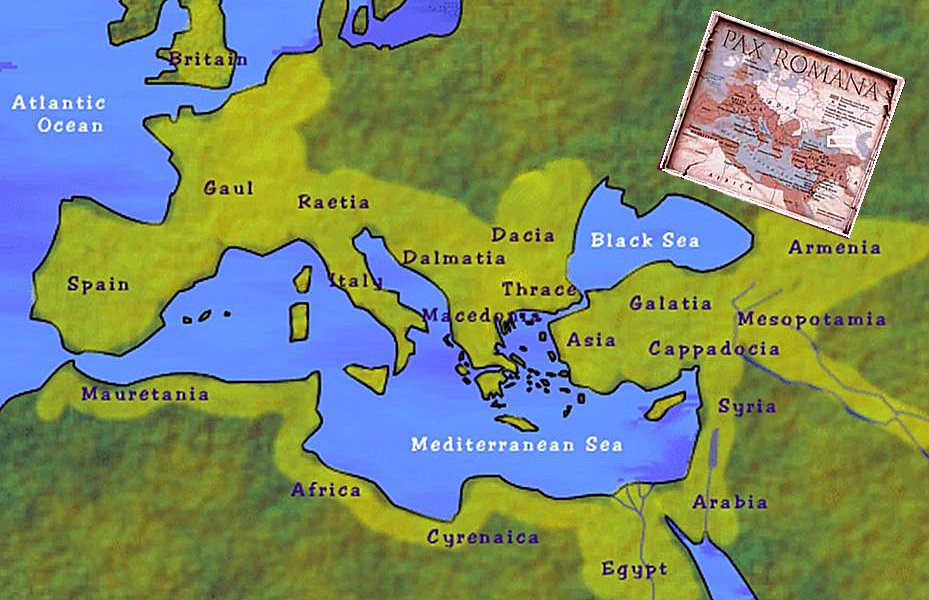 The map depicts the Roman Empire in 117 C.E., at the height of the Pax Romana. Image credit: ushistory.org

During this period, there were constant improvements of glassmaking techniques. It was also a time when glassblowing was invented. It was a quicker method that required less resources per vessel than earlier methods. Ancient Romans started to produce colorless glass, window panes and glass mosaics. According to historians, Roman glassmaking was so advanced that some of achievements could not be replicated until the 18th century.

So, maybe an inventor successfully produced flexible glass, but he certainly did a mistake showing the Emperor his achievement.

There are several examples of ancient Roman inventions that changed the world. Ancient Romans were skilled inventors who were not afraid of experimenting with the technology. As a result of their efforts, we can today benefit from various surgical tools, bound books, aqueducts and many other things we take for granted.

Isidore of Seville (2006). The Etymologies