A. Sutherland - AncientPages.com - About 2,500 years ago, a very unique culture of Fremont Indians began to develop in Utah and parts of Nevada, Idaho and Colorado.

The culture received its name from the Fremont River Valley, Utah, where these people lived and even reached as far as Cedar City. Their culture was first defined in 1931 by a young Harvard anthropology student, Noel Morss, who worked along the Fremont River in south-central Utah. 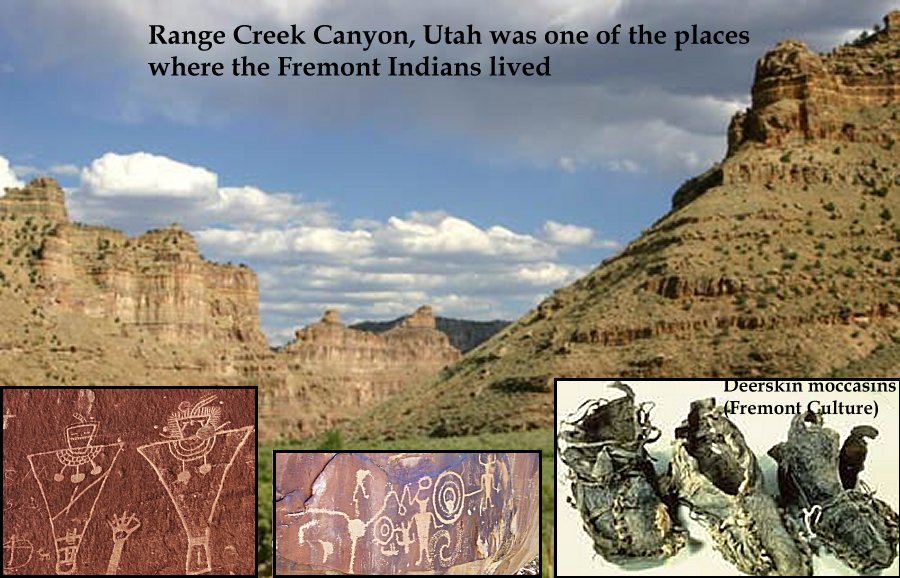 The people called Fremont Indians lived often in rugged places but they knew how to adapt to the environment. They were closely tied to nature and its changes, which means, had to be very flexible and adaptive to quickly modify their way of life.

Their social structure was probably composed of small, loosely organized bands or larger villages consisting of several families, living in natural rock shelters and pit houses, dug into the ground and covered with a brush roof.

They hunted with a bow and arrow, gathered and grew corn and beans. They also ate native plants such as pinyon nuts, rice grass and a variety of nuts, berries, bulbs, and tubers.

Artifacts distinctive to the Fremont Indians

Unlike the fiber sandals used by the Anasazi, the Fremont made moccasins from the lower-leg hide of large animals, such as deer, bighorn sheep or bison. Also their basketry the so-called “one-rod-and-bundle” was unique beause to make baskets the Fremont people used milkweed, willow, yucca, and other native fibers.

Their tools such as grinding stones, arrow points and other of this kind were similar to those used by others, but hteir pottery was mostly gray wares with polished and very smooth surfaces or designs pinched into the clay.

Fremont pictographs and petroglyph are famous. They depict trapezoidal figures with arms, legs and fingers, and decorated with headdresses and necklaces; there are also animal-like figures such as deer, dogs, bighorn sheep, birds, snakes and lizards. 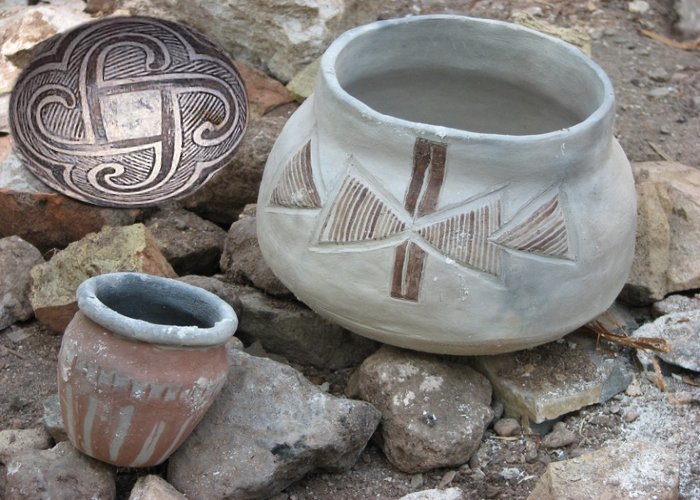 About 1250 AD, artifacts of this rather unique culture began to disappear from the region. Among them are  “one-rod-and-bundle basketry”,  thin-walled gray pottery and curious small clay people figurines, decorating with necklaces, ear bobs, necklaces, clothing, hair and facial decorations and anatomical characteristics.

The purpose of these figurines is still unknown, but it has been suggested the artifacts may have been associated with fertility or religious rituals of the Fremont people.

Not only artifacts began to disappear; also the Fremont Culture began to decline about 1150 AD and ceased to exist by AD 1300.

New people moved in to Fremont territory but what happened to the Fremont Indians is not entirely explained.

Was  climate change responsible? Or  were they killed or forced to leave their homes and find another place to live?