AncientPages.com - An ingenious irrigation system that allowed ancient Chinese farmers to raise livestock and cultivate crops in one of the world’s driest desert regions of China, has been located by scientists using satellites imaging and drone reconnaissance. 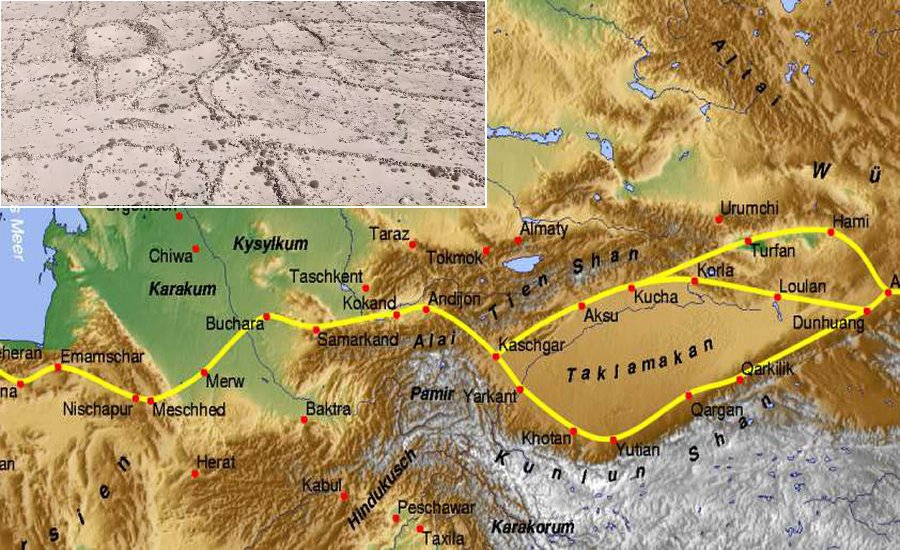 However, the place would be almost totally unrecognizable without the help of satellite’s penetrating techniques.

“… the site shows the unmistakable outlines of check dams, irrigation canals and cisterns feeding a patchwork of small farm fields. Initial test excavations also confirm the locations of scattered farmhouses and grave sites, said Yuqi Li, a doctoral student in the Department of Anthropology in Arts & Sciences who discovered the site with grant support from the National Geographic Society. 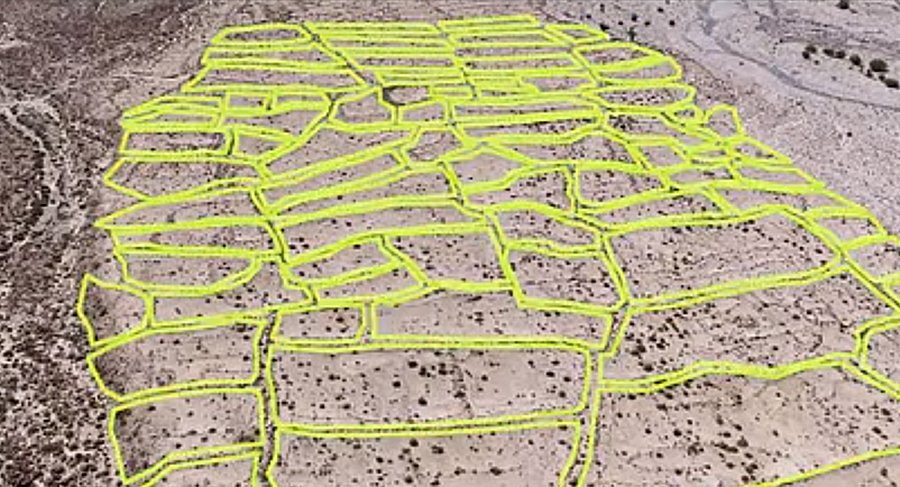 The analyses of  the site suggest that the irrigation system was built in the 3rd or 4th century AD by local herding communities looking to add more crop cultivation to their mix of food and livestock production.

“As research on ancient crop exchanges along the Silk Road matures, archaeologists should investigate not only the crops themselves, but also the suite of technologies, such as irrigation, that would have enabled ‘agropastoralists’ to diversify their economies,” Li said.

More detailed on-site mapping was accomplished using a consumer-grade quadcopter drone and new photogrammetry software that stitched together about 2,000 geotagged aerial photos to create 3D models of the site. 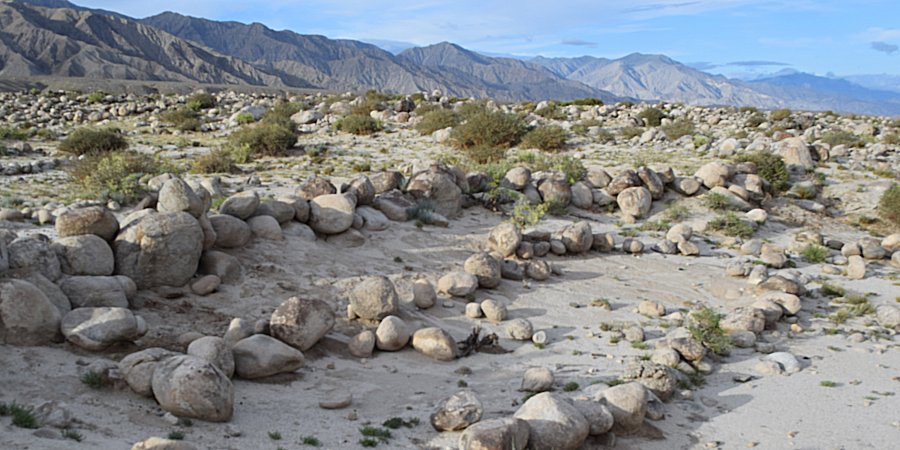 Farm fields in the ancient irrigation system were edged with boulders to slow the escape of spring flood waters and encourage the deposit of nutrient-rich sediments. (Image: Yuqi Li)

Interestingly, this ancient small -scale irrigation system was discovered remarkably well-preserved. This region of China has an extreme climate conditions, which means it receives less than 3 inches (66 millimeters ) of annual rainfall — about one-fifth of the water deemed necessary to cultivate even the most drought-tolerant strains of millet.

Some scholars suggest that all major irrigation techniques were first brought here by the troops of China’s Han Dynasty (206 BC - 220 AD). However, Li’s study suggests that local agropastoral communities adopted many arid-climate irrigation techniques before the Han dynasty and kept using them to the post-Han era.

A stream known as the Mohuchahan River drains the valley and carries a seasonal trickle of snow-melt and scarce rainfall down from the mountains before vanishing in the sands of China’s vast Taklamakan Desert. 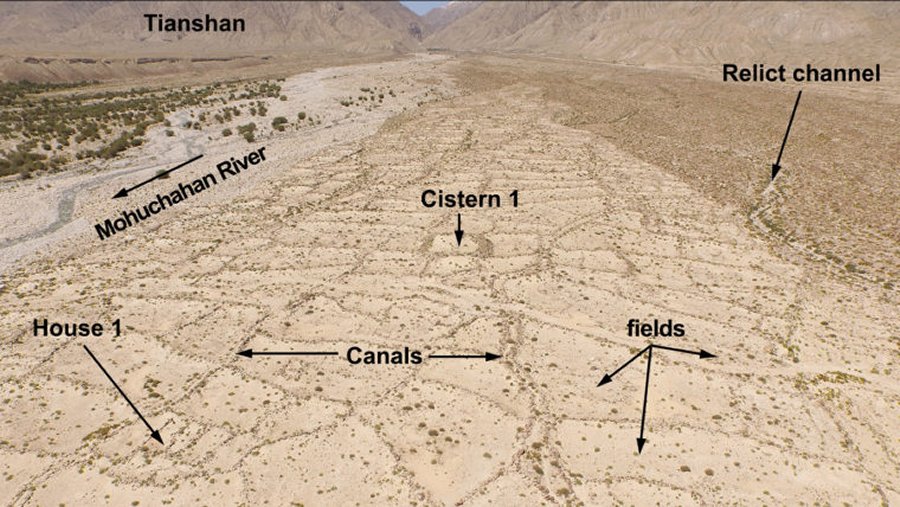 Aerial view of an ancient irrigation system discovered in the foothills of Xinjiang, China. (Image: Courtesy of Archaeological Research in Asia)

The Tian Shan Mountains, which form the northern border of this desert, are part of a chain of mountain ranges that have long served as a central corridor for the prehistoric Silk Road routes between China and the Near East.

Compared with known Han Dynasty irrigation systems in the Xinjiang region, the MGK system is small, irrigating about 500 acres across seven parcels along the Mohuchahan River. Li’s current study focuses on one of these seven parcels, known as MGK4, which provided irrigation for about 60 acres.

“Given recent research on the routes of early crop exchanges, it is possible that the technological ‘know-how’ of irrigation in this region originated with earlier agropastoral traditions in western Central Asia,” Li added. “As a fundamental technology that underpinned the agropastoralist societies in Xinjiang, irrigation probably spread to Xinjiang through the Inner Asian Mountain Corridor along with crops during prehistory.”