These curious artifacts have been found throughout the Southern California area with large deposits found along the Santa Ana River valley. It’s interesting to note, the cog stones remind of controversial Bronze gears found in Peru.

These California cog stones, as they are commonly called, are gear-like stones ranging in size from two to six inches in diameter, with a thickness up to two inches. Scientists think the artifacts were made around 6,000-3,500 B.C. 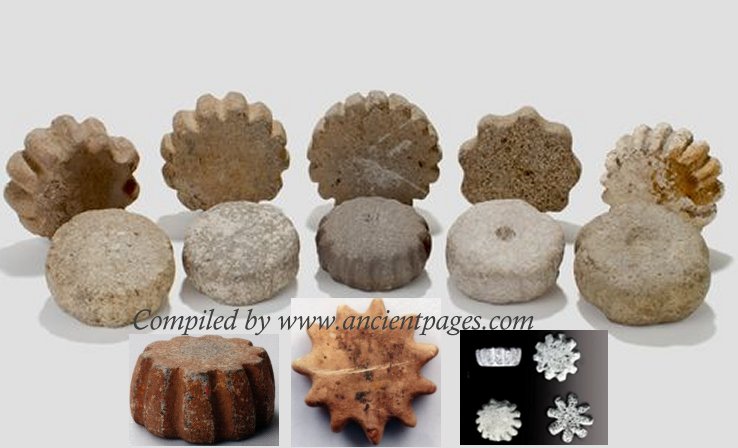 Looking through our modern eyes, these artifacts may appear to be primitive, but the stones come with different characteristics such as cups, cusps, hemispherical grooves and dents, sprocketed teeth around the edges, as well as cookie-cutter patterns.

Most all of these features occur at precise and repeating intervals, and about 15 percent had a single hole bored through the center. These holes are often narrower on one side, have elliptical sides, are conical, or double conical, where the entry point holes are narrower on either side than at the midpoint. 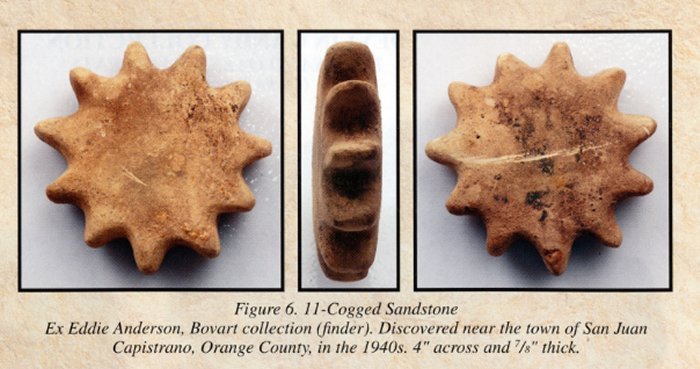 While examining the cog stones, researchers discovered a curious anomaly. There is a perfectly square perforation in the middle, something that would be troublesome to duplicate even with our present machine technology. So, it’s fair to say they offer evidence their ancient creators were familiar with advanced technology.

Their use is unknown, but the absence of any pattern of wear and the conjunctions of certain of the specimens suggest that they served some ritual function. It is also unknown who produced these stone discs. The time period in which cogged stones appear was far separated from the arrival of the Europeans and even the tribes present when Europeans arrived.  Obviously, they are the invention of an ancient lost civilization that once lived in California. 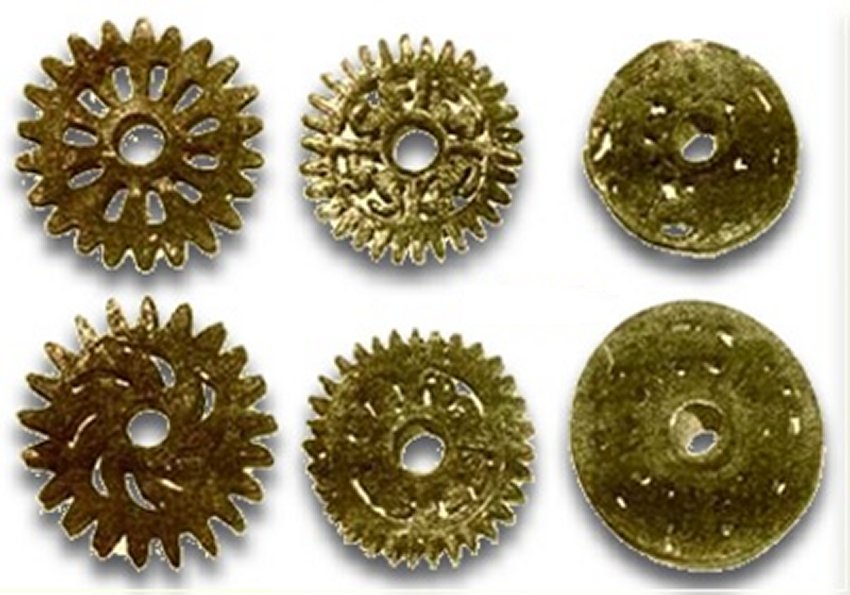 Ancient Pages wrote earlier about mysterious bronze gears discovered in Peru. The Cog Stones discovered in California remind a little about the Peruvian artifacts. The intriguing bronze gears from Peru look like typical gears in a larger mechanical machine.

Did knowledge about the use of these objects come from Peru to California or the other way around? It’s difficult to say and it may only be a coincidence that these artifacts share physical similarities. Neither the cog stones from California nor the Peruvian bronze gears have been properly examined to draw any conclusions.

The current view holds cog stones to be ceremonial objects, but their meaning and symbolism are open for debate. These are simply puzzling artifacts from the past and they give us something to think about and hopefully investigate further.