AncientPages.com - For more than 18 years, an ancient site of the city of Hippos-Sussita, located at the top of a diamond-shaped mountain 1,000 feet above the eastern shore of the Sea of Galilee, has been continuously excavated by archaeologists led by Dr. Michael Eisenberg from the Institute of Archaeology at the University of Haifa.

Hippos was founded in the second century BC and destroyed by the strong earthquake of 749 CE. 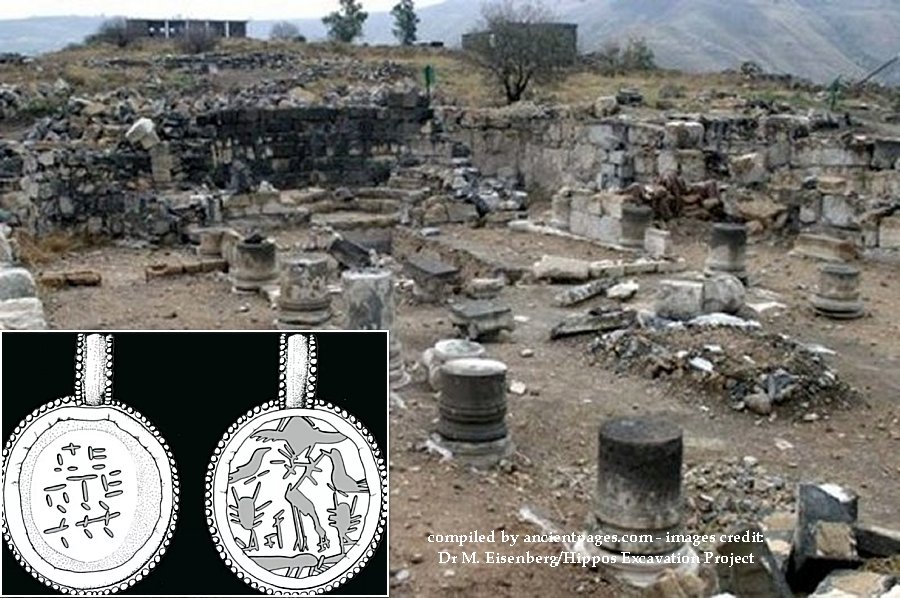 Excavations revealed many priceless artifacts dated to the Pagan times (with the classic Greco-Roman gods) to the Byzantine and Umayyad periods, marked by Christianity.

Now, Eisenberg and researchers from the university are displaying many rare antiquities and relics unearthed at the site in an exhibition called “Before the Earth Shook: The Ancient City of Hippos-Sussita Emerges,” reports The Jerusalem Post.

The exhibition emphasizes the validity and an enormous importance of this period of transition.

An amulet, a painting depicting the Greek goddess Tyche, and a figurine celebrating the alcohol-soaked processions devoted to the god of wine Dionysus are among the artifacts. 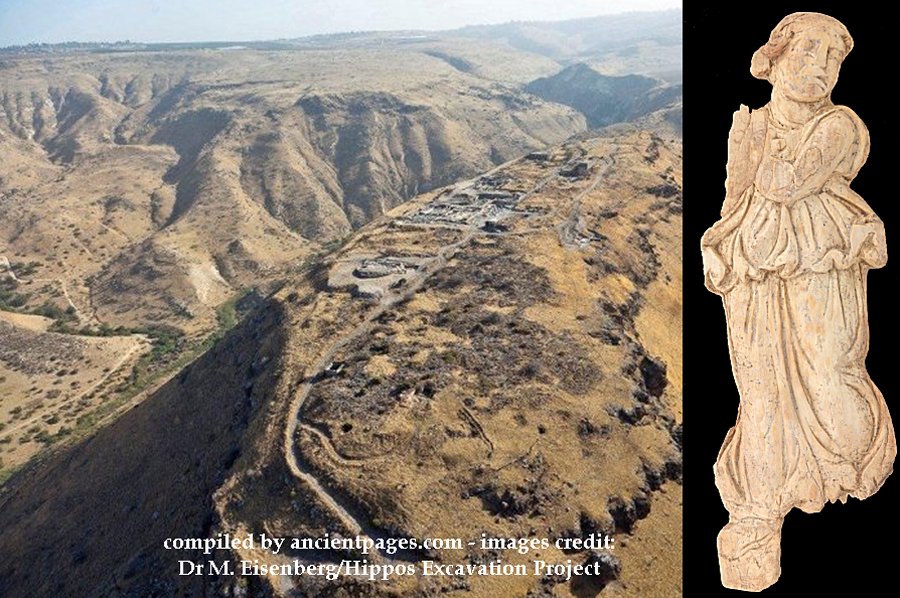 Dr. Eisenberg mentioned two of the most fascinating findings - a trove of 24-karat gold buckles and an amulet against indigestion. He said that the amulet, with dimensions of 2.2 cm. x 2.4 cm., is made from hematite and set into a gold pendant bearing an inscription in Greek with the command ‘digest!’” he said.

“The amulet, with dimensions of 2.2 cm. x 2.4 cm., is made from hematite and set into a gold pendant bearing an inscription in Greek with the command ‘digest!’” he said.

“The researchers found the pendant in a stratum dated to the early 8th century CE in the northeast church,” he continued. “In other words, some three to four centuries after the Roman Empire embraced Christianity.” 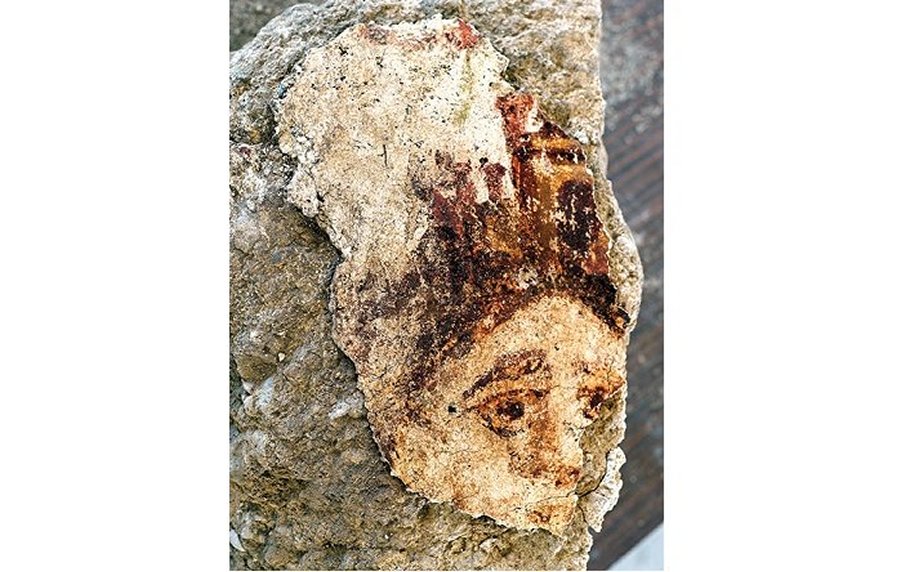 A fresco of the Greek goddess Tyche was preserved in a peristyle home in the Decapolis city of Hippos-Sussita. Photo: Hippos-Sussita Excavations Project

Together with associated findings, the researchers believe that the item was probably worn by an important Christian cleric who continued to use it for its original purpose of “warding off indigestion.”

A small, carved figurine made of bone, about 12 cm high and depicting a dancing woman, is another interesting artifact, which - as Dr. Eisenberg said - was found “in a building adjacent to the church and has been dated to the Roman-Early Byzantine era. It was probably set in a wooden box or casket featuring other images of the processions to Dionysus that have not survived,”

On closer inspection, the woman turns out to be a “maenad” – one of the regular members of the retune that accompanied the processions devoted to the god of wine Dionysus.

Read more about the exhibition – here.

AncientPages.com mentioned yet another artifact in one of the earlier articles, entitled: Ancient City Of Hippos-Sussita And The Mysterious Disc-Shaped Copper Plates”.

It is a fresco depicting the goddess of fortune Tyche, Fortuna in the Roman pantheon. The goddess is depicted wearing a mural crown, which naturally represents the city walls of Hippos.”

“She appears on Roman coins from Hippos holding the reins of a horse, or carrying a horse in her palm – both symbols of her role as the protector of the city,” Dr. Eisenberg said, noting that the motif of Tyche as the protector of Hippos was chosen as an emblem for the new exhibition.

“During the Byzantine period, Tyche became a municipal emblem embodying a local patriotism that had deep roots in the classical tradition. As time passes following the transition to Christianity, Tyche and the other former religious emblems probably lose their ritualistic characteristics and become cultural symbols that continue to accompany Hippos, until the city was devastated and abandoned following the earthquake of 749,” he added.