AncientPages.com - A 2,700-year-old clay seal impression which they said belonged to a biblical governor of Jerusalem has been uncovered by Israeli archaeologists.
The Israel Antiquities Authority says this unique and important lump of clay, stamped and pre-fired, was discovered in the vicinity of the plaza of Judaism's Western Wall in the Old City of Jerusalem. 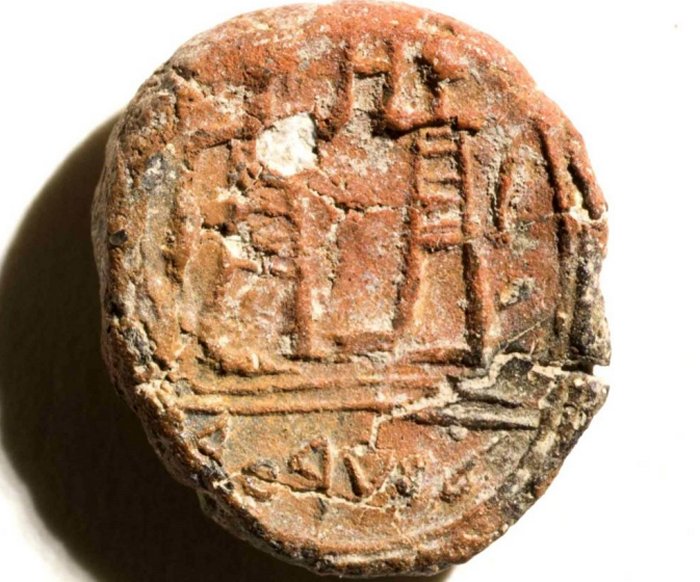 A 2,700-year-old seal was discovered in Jerusalem, according to the Israel Antiquities Authority on December 31, 2017.

The seal is dated to the First Temple period, which belonged to the "governor of the city" of Jerusalem - the most prominent local position to be held in Jerusalem of 2700 years ago.
It measures 13 X 15 mm and is 2-3 mm thick. In the upper part of the seal, there is a depiction of two figures facing each other, and the lower part holds an inscription in ancient Hebrew script.

The artifact's use is for now unknown and according to Dr. Shlomit Weksler-Bdolah, excavator of the site located in the northwestern part of the western Wall Plaza, "the sealing had been attached to an important transport and served as some sort of logo, or as a tiny souvenir, which was sent on behalf of the governor of the city."

"It is likely that one of the buildings in our excavation was the destination of this transport sent by the city governor. The finding of the sealing with this high-rank title, in addition to the large assemblage of actual seals found in the building in the past, supports the assumption that this area, located on the western slopes of the western hill of ancient Jerusalem, some 100 m west of the Temple Mount, was inhabited by highly ranked officials during the First Temple period."

Nine 1,400-Year-Old Coins Belonging To Christian Pilgrims Found On The Highway To Jerusalem

Roman Theater Unearthed After 1,700 Years Near Western Wall In Jerusalem

According to Dr. Weksler-Bdolah "this is the first time that such a sealing is found in an authorized excavation and it supports the biblical rendering of the existence of a governor of the city in Jerusalem 2700 years ago."

Prof. Tallay Ornan of the Hebrew University, and Prof. Benjamin Sass of Tel Aviv University studied the artifact and say that "the title 'governor of the city' is known from the Bible and from extra-biblical documents, referring to an official appointed by the king."