AncientPages.com - A medieval grave with a skeleton with an arrow in the chest has been discovered by archaeologists of the Plovdiv Museum of Archaeology, Bulgaria. 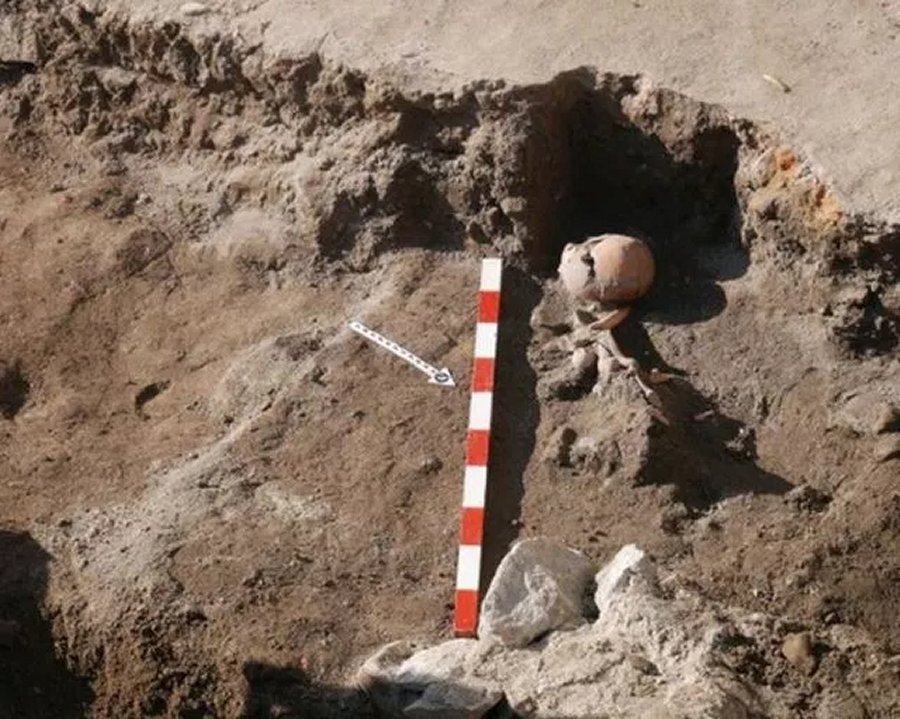 A skeleton with an arrow in or at the chest has been discovered in a burial from the 11th-12th century AD during rescue excavations at the Antiquity Odeon in Bulgaria’s Plovdiv. Photo: Pod Tepeto

The findings, dated to about 11th/12th century AD, during excavations at the ancient site of the Antiquity Odeon, an ancient performance facility, in the city of Plovdiv in Southern Bulgaria, according to Archaeology in Bulgaria.

The newly discovered grave has been found at the spot of a known medieval necropolis which was first discovered several decades ago.

Was the person, whose gender has not yet been recognized, killed or was it a funeral gift for a warrior?

Maya Martinova, lead archaeologist of the city’s Antiquity archaeology and history, explained that “there is also a custom of placing arrows [in graves] as burial gifts when the person in question is a warrior," the researcher cautions…” 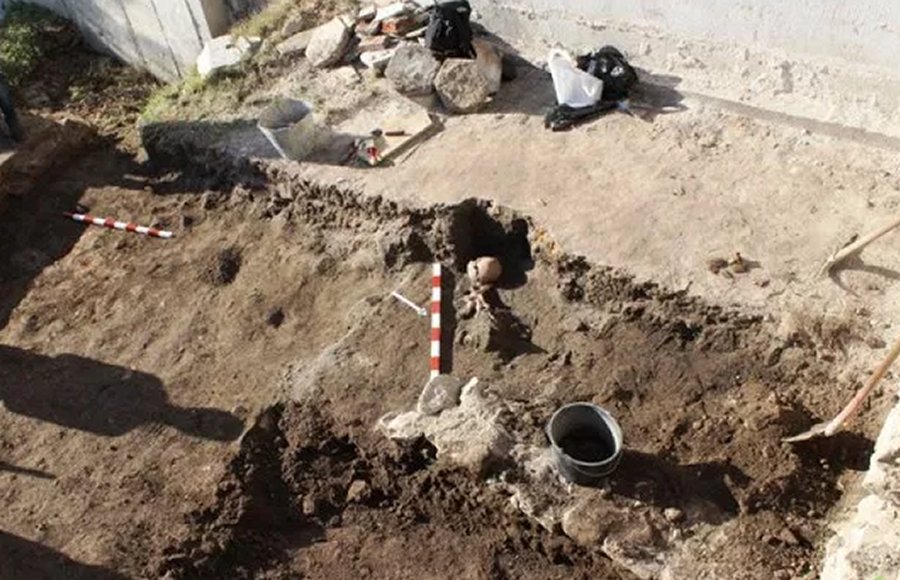 Was the person, whose gender has not yet been recognized, killed or was it a funeral gift for a warrior? Photo: P. Tepeto

“We cannot say for sure yet which one it is – whether they were killed by the arrow or whether it was put in the grave – because the bones are not properly arranged."

The anthropological study will help to determine the medieval person’s gender, age, and other details.

Plovdiv is an ancient city and this site was used as a cemetery during the medieval period, when Plovdiv, considered to be “Europe’s oldest city“,  was one time in the hands of the Bulgarian Empire another time belonged to the Byzantine Empire, which happened  several times.

The excavations at the said spot in Plovdiv’s downtown have started in order to clear up the area for the construction of a ticket center and other cultural tourism facilities for the Ancient Roman and Thracian ruins which are being exposed and restored in order to be exhibited in situ.