Ellen Lloyd - AncientPages.com - Cumaean Sibyl was a priestess and prophetess residing over the Apollonian oracle at Cumae, a Greek colony located near Naples, Italy.

Her cave, located near a temple of Apollo was believed to be an entrance to the underworld, or even worse – a portal to hell. 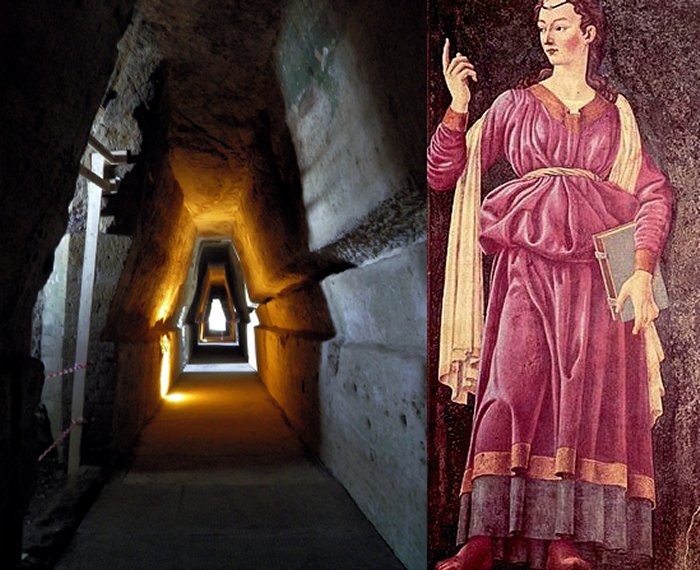 In the ancient world there were a number of sibyls active in various locations.  Sibyls would give answers whose value depended upon good questions – unlike prophets who typically answered with responses indirectly related to questions asked.

The Cumaean Sibyl became the most famous among the Romans. In ancient Greece, the Erythraean Sibyl became well-known and the Sibyl of Dodona, possibly dating to the second millennium BC according to Herodotus, favored in the east.

Over 2,000 years ago, ancient Romans were aware of a certain, dangerous underground world that according to them was leading straight to hell.

Stories describing Cumaean Sibyl’ mysterious cave can be found in The Aeneid written by Virgil, who was one of ancient Rome's greatest poets.

Virgil wrote that the cave had a hundred entrances that led deep beneath the earth and as far as the underworld itself.

“The gates of hell are open night and day;

Smooth the descent, and easy is the way…”

Sibyl was a guide to Hades, the underworld and abode of the dead. Near the entrance of this deep cave, the priestess made sacrifices and poured libations, as she called upon Hecate, the goddess of magic and witchcraft. According to Virgil it was near this cave that Trojan hero Aeneas encountered the Sibyl. Although she was a mortal, the Sibyl lived about a thousand years.

She was 700 years when she served as a guide to Aeneas, as he descended through the caves to the Hell below.

Archaeologists have long searched for the mysterious cave of Cumaean Sibyl. In 1932, archaeologist Amedeo Maiuri finally found the famous cave that was carved into a huge rock near the seaside. Today it’s possible to visit the cave that is found along the road of Lake Averno. The cave is part of the Cumae Archaeological Site. 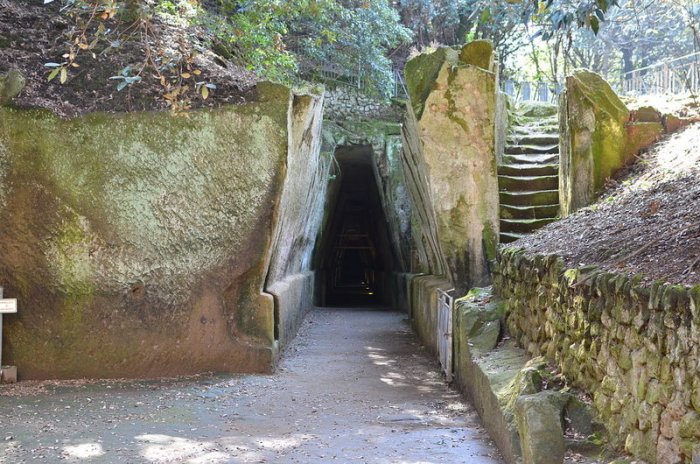 Entrance to the Cave of the Sibyl. Credit: Wikipedia

When you enter the cave, there is a tunnel and many corridors of what once was a sophisticated circuitry of stairs and passageways. At the end of the main tunnel, there is a staircase leading to yet another cavern. It’s a very interesting ancient underground complex and it gives tourists a chance to travel back in time to those days when the great prophetess Cumean Sibyl is said to have written her oracles.

Many ancient prophecies were written down in the original Sibylline Books, but these precious ancient books were destroyed, partially in a fire in 83 B.C.E., and finally burned by order of the Roman General Flavius Stilicho (365-408 C.E.).

About the author:
Ellen Lloyd – is the owner of AncientPages.com and an author who has spent decades researching ancient mysteries, history, myths, legends and sacred texts, but she is also very interested in astronomy, astrobiology and science in general.