AncientPages.com - Archaeologists excavating at a site in the town of Beit Shemesh, Israel have unearthed extraordinary ancient mosaics, precious crucifixes, beautiful jewelry and a long-lost church that was once part of a whole monastery complex.

On June 13, 313 AD, Edict of Milan was signed by Roman Emperor Constantine and the persecution of Christians ended.

When Emperor Constantine (272 – 337 AD) ascended to the throne, he took the opposite track, extending an offer of peace and recognition to Christians.

Section of a mosaic found on the floor of a 4th century Byzantine church in Beit Shemesh Assaf Peretz, courtesy of IAA

The Beit Shemesh are was populated mostly by Christians from the time of Emperor Constantine so it’s not surprising we find many ancient Christian artifacts in the region.

Discovered coins and ceramics suggest the church in Beit Shemesh was probably built in the 4th century C.E.. It survived, and the building was expanded into a whole monastery complex, for about 300 years, through to the 7th century.

The uniqueness of certain mosaics indicate that the church was special and of great importance. 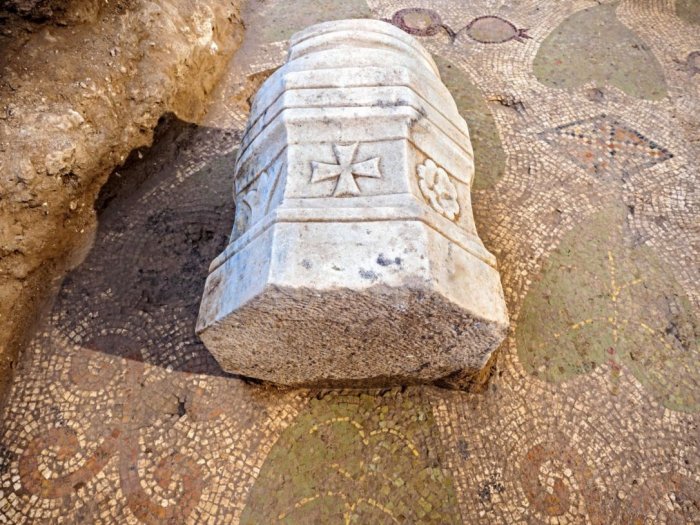 A cross on a pillar base, found in a 4th century church discovered in Beit Shemesh Assaf Peretz, courtesy of the IAA

In an interview with Haaretz, Benyamin Storchan, director of the site’s excavations for the Israel Antiquities Authority said that Beit Shemesh floor art features birds, which are common in ancient Byzantine stone art.

World’s Oldest Mosaics Of Biblical Jonah And The Whale Discovered

“But the depiction of leaves and fruit trees is not more of the same. I have found no close parallel in any church uncovered in Israel, Jordan or Syria. It’s a style that is unique to this place,” Storchan said. 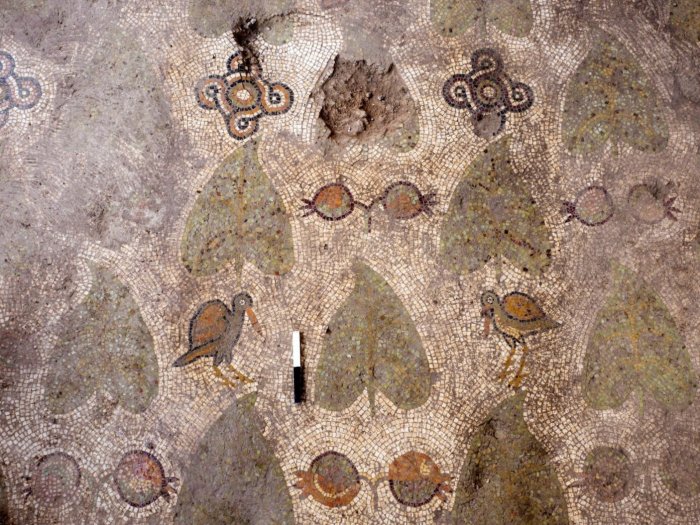 Unique mosaic patterns on the floor of the 4th century church in Beit Shemesh indicate that it had been supported by the Holy Roman Empire. Assaf Peretz, courtesy of the IAA

The fact that expensive marbles had to be imported from the Byzantine Empire’s provinces in modern Turkey strengthen the theory that this particular church was very important to Christians. 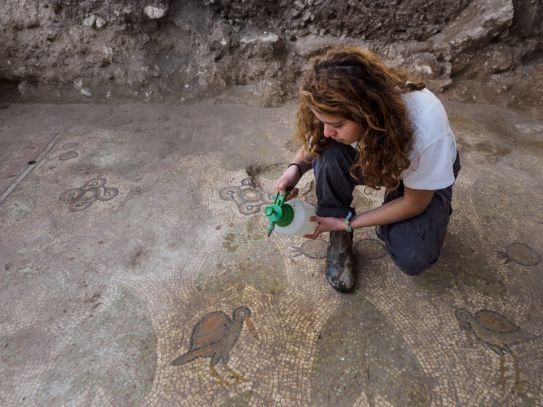 Storchan explains that when rich pilgrims arrived from the west, about 5,000 years ago, they were new to Christianity and wanted to touch the holy sites they read about. Money were invested in the Church and today we can see what’s left of those rich decorations.

Why the Church was built at this particular site remains a mystery. It’s possible this was a holy site because an ancient martyr or saint was buried here. However, so far archaeologists have not found any inscriptions that could provide clues and shed more light on the Church’s chosen location.