AncientPages.com - Conducting archaeological excavations in Afghanistan is not possible, but American and Afghan researchers can now study thousands of never-before-cataloged ancient sites that were discovered with help of U.S. spy satellite and analysis of military drone images.

Among the archaeological finds are 119 caravanserais from the late 16th and early 17th centuries, huge complexes designed to house travelers and built from the early centuries B.C.E. until the 19th century, as well as networks of ancient canals invisible from the ground. 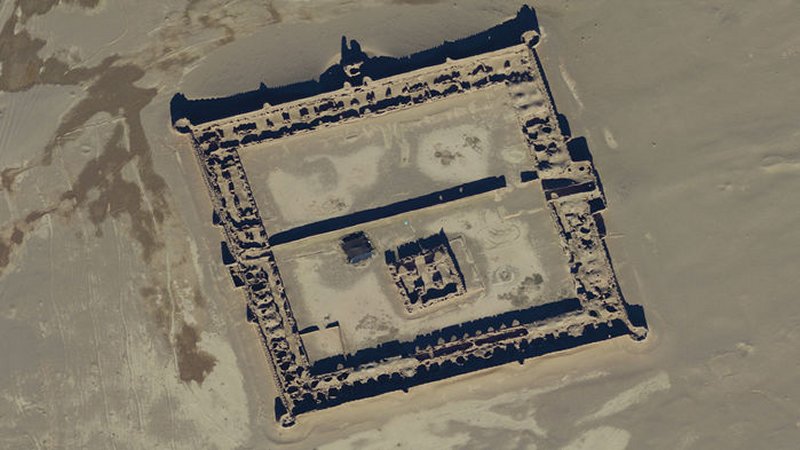 Researchers report they have tripled the number of published archaeological features in Afghanistan, to more than 4500 and they are convinced there are still many undiscovered ancient sites in the country.

All these ancient sites are threatened to be destroyed by the Taliban that  has historically pursued an agenda of destroying valuable archaeological features.

“I’d expect tens of thousands of archaeological sites to be discovered. Only when these sites are recorded can they be studied and protected,” David Thomas, an archaeologist at La Trobe University in Melbourne, Australia said.

For more than a millennium, these ancient places served as a crucial crossroads linking East and West. Soon, without sufficient protection they may all be gone.

According to Emily Boak, a UChicago heritage analyst, the caravans carried enormous amounts of silks, gems, spices, and woods from India, plus porcelain from China.

It was previously assumed that the Safavid Empire—the early Iranian dynasty whose reach included Afghanistan—had faded by the 16th and early 17th centuries. However, there is now reason to reconsider this idea.

“There is a long-standing view that once the Portuguese entered the Indian Ocean”—opening sea lanes to Europe in the 16th century—“no one bothered to cross Central Asia,” said project manager Kathryn Franklin, also of UChicago.

“But this shows a huge infrastructure investment of the Safavids a century later.”

Scientists have identified dozens of sites that were built during the Parthian Empire, which flourished at the same time as Rome, in the early centuries B.C.E. and C.E. Features include an extensive canal system that likely boosted crop yields for nearly a millennium. 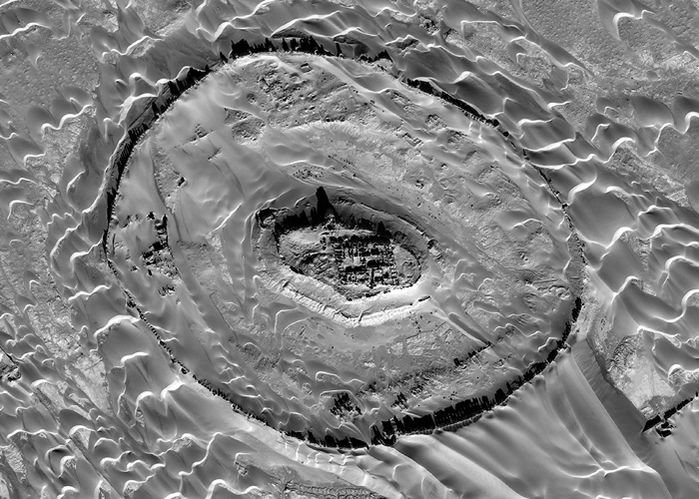 A satellite image of the walled city of Sar-O-Tar, first built in the early centuries C.E., which is now being reclaimed by sand. Credit: Digital Globe Inc

In one valley, there are variety of religious buildings, including Buddhist stupas, Zoroastrian fire temples, and Hellenistic sanctuaries with both Greek and Aramaic characters written on stone slabs. The finds suggest that the mostly Zoroastrian Parthians tolerated a host of traditions.

Afghanistan is an archaeological treasure filled with objects and sites that could help fill missing gaps in our history books.

The use of American drones in the Middle East for the purpose of scientific preservation is offering scientists a chance to catalog ancient sites that would maybe never have been discovered.