AncientPages.com - Some days ago, scientists announced they had discovered a mysterious, secret void inside the Great Pyramid of Giza in Egypt.

Researchers said they have no clue what’s hiding inside the void. The purpose of the void remains unknown. The void is located above the "Grand Gallery"—a sloped corridor almost 50 meters long and nine meters high which links Khufu's burial chamber at the pyramid's center to a tunnel leading outside.

The problem is it’s currently impossible to actually access this mysterious place and investigate it properly. 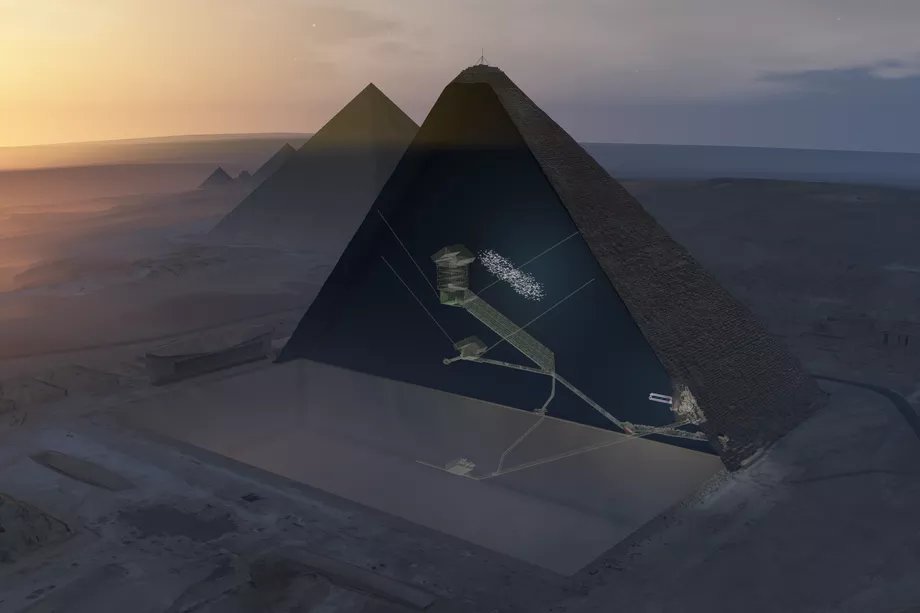 Now another group of scientists have criticized the existence of the void stating this is no new discovery at all.

Zahi Hawass, who heads the ScanPyramids science committee overseeing the project said the pyramid is full of voids and that does not mean there is a secret chamber or a new discovery.

In a statement on Friday, the head of the government's antiquities council Mustafa Waziri also criticized the announcement.

"The project has to proceed in a scientific way that follows the steps of scientific research and its discussion before publication," he said.

The monument—139 meters high today, and 230 meters wide—was erected as a tomb for Khufu, also known as Cheops. To this day, nobody knows quite how it was built.

The void, said co-author Kunihiro Morishima from Nagoya University in Japan, "was not known by anyone until now, from when the pyramid was built 4,500 years ago".

"The big void is completely closed," he added, which means anything inside it would not have been "touched by anyone after the pyramid (was) built". 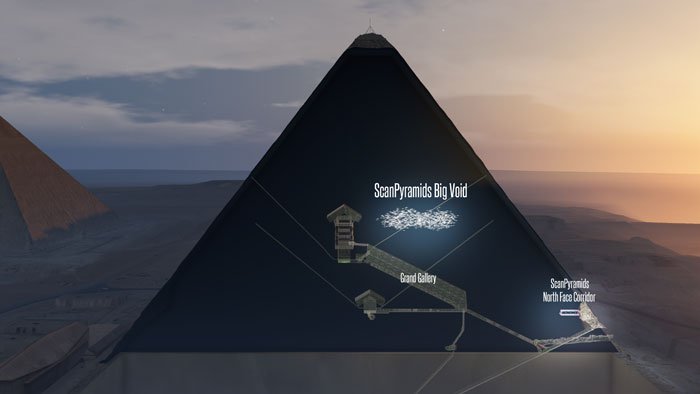 The pharaohs of ancient Egypt built these monumental tombs for themselves, complete with sarcophagus to hold their embalmed mummies, and stocked with everything they could require for the afterlife, including food, clothing and jewelry.

The scientific debate will undoubtedly go on for a while and it’s reasonable to assume we will hear more about the mysterious void in the near future, unless of course the Egyptian authorities decide no further examinations of the area are allowed.