A. Sutherland - AncientPages.com - History of powerful gigantic shafts of polished granite – known as obelisk – is shrouded in mystery.

The obelisk is a monolithic, four-sided piece of stone, placed upright and ending with a pointed top, which forms a small pyramid known as a pyramidion. 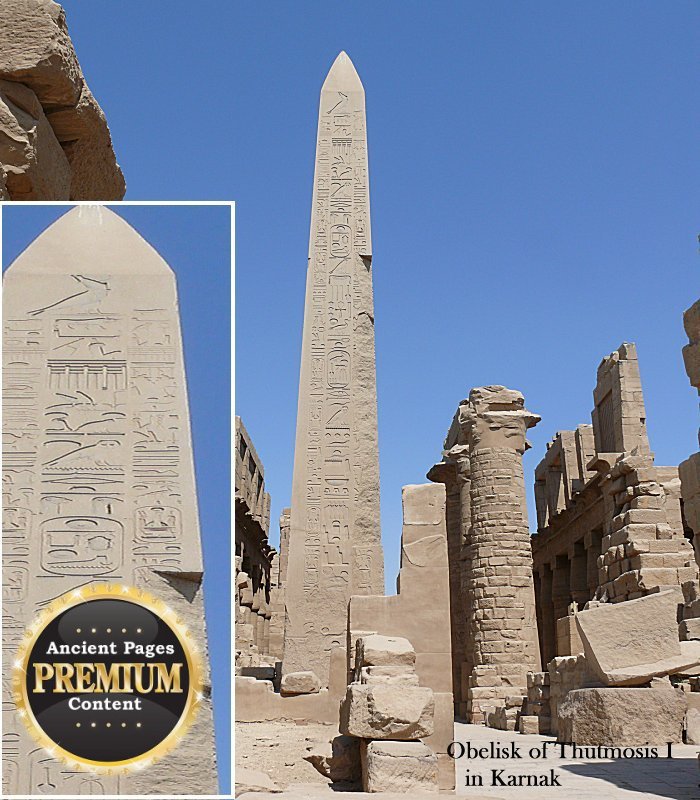 Obelisks were symbols of the solar god Ra in ancient Egypt and were often covered with gold. They were also commonly raised in pairs.

What Was The True Reason For Building Obelisks?

It seems this reason is obscure. They were used in ancient Egypt as monuments and for other purposes, such for example, to praise pharaohs for their victorious battles,

“The obelisk was a focal point that gave the population heart and connection to their solar deity, the god Ra…” (Ch. Dunn)

It is believed that the oldest one is probably the obelisk at Abusir, erected during the reign of pharaoh Niuserre (2249-2417 BC), who was a successful builder and the sixth ruler of the Fifth Dynasty during the Old Kingdom period.

Knowledge About Gigantic Obelisks Is Lost

History of obelisks is very old but knowledge about these enigmatic structures including advanced technologies used to elevate them into vertical position is lost today.