AncientPages.com - A cache of religious objects, commonly known as ‘favissa’, is considered to be difficult to date and document.

One of such intriguing collections was unearthed in 2014 and the place of this important discovery is the temple of Ptah at Karnak, Egypt. 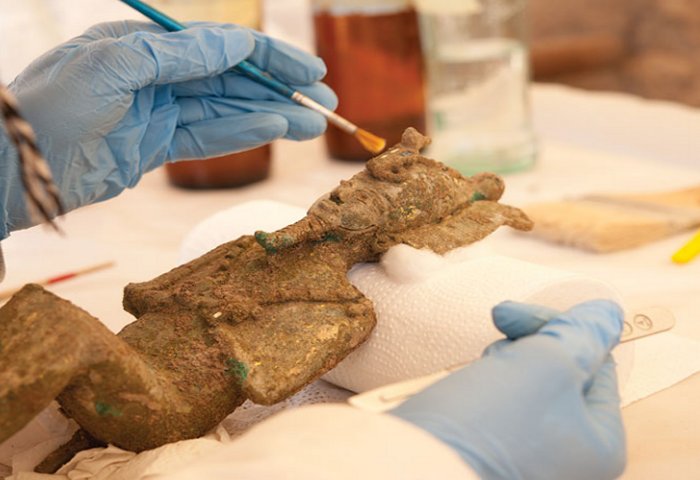 The favissa - an intentionally hidden cache of religious objects - contained numerous fragmentary statuettes and figurines, including 14 representing Osiris, carefully arranged around a larger central statue of Ptah. Researchers compared this cache with evidence from other Egyptian favissae, to explain the creation of such caches.

In their paper, researchers report that the favissa contained 38 objects made of limestone (some gilded), greywacke, probably wood (but completely lost), copper alloy, faience and Egyptian frit. 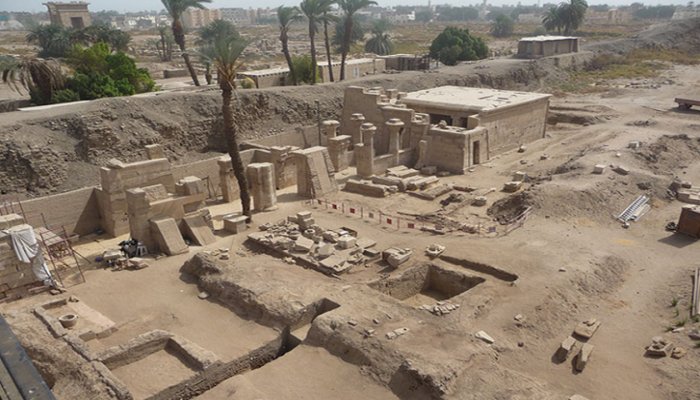 Overview of the temple of Ptah in Karnak (© CFEETK-CNRS-MoA: J.-Fr. Gout)

These are: "fourteen statuettes and figurines of Osiris;

Two statuettes of the goddess Mut (one with hieroglyphic inscriptions);

One head and one fragmentary statuette of a cat (Bastet);

One small fragmentary faience stele recording the name of the god Ptah; 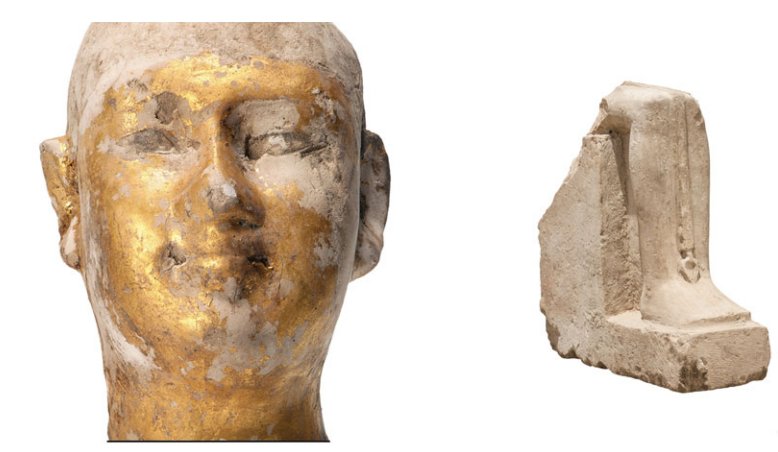 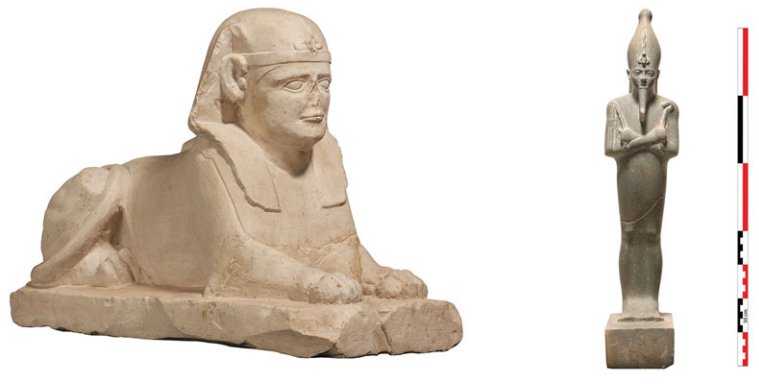 One head of a statuette of a man in gilded limestone; One lower part of a statue of the seated god Ptah, sawn and repaired; One sphinx; One unidentified metal piece. With one exception, all of the artefacts were fragmentary, having been damaged in antiquity…”

Rock-Cut Tombs Of Beni Hasan With Spells, Prayers To Osiris And Anubis And Map To Underworld

The archaeologists reports that artefacts were found “less than 3m behind the edifice of Thutmosis III, 1.75m south of the mudbrick enclosure of Nectanebo I. It quickly became clear that a series of earlier reconstructions had disturbed the area…” 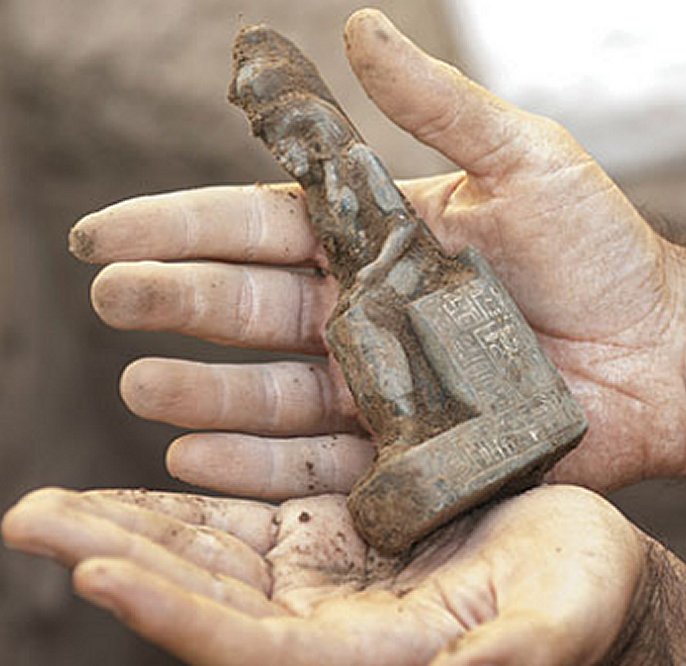 Excavations confirmed that the favissa had been intentionally dug between two long brick walls running north–south. They were probably placed here as a preparatory structure for the laying of paving that no longer exists. The favissa and the brick wall to the west would, therefore, have been covered by paving slabs.

The oval-shaped pit measured 1.46m north–south and 1.05m east–west. Its vertical sides were exposed to a depth of almost 1m. The study revealed that the artefacts from the Ptah ‘favissa’ had been used for a long time before being deposited. The fragmentary statue of Ptah dates back to the New Kingdom, probably to the pre-Amarna period.

Several of the figurine were decorated with intricate and well-preserved details, which significantly helped toidentifythem. It is believed that the artefacts were made between the 25th and 30th dynasties, between 760 and 343 BC.

The artifacts were most probably ritual, frequently used objects; many were found damaged and experts suggest that they reached the end of their so called 'lives'.