AncientPages.com - A prehistoric human skeleton has now been dated to at least 13,000 years old and most likely can be related to a glacial period at the end of the most recent ice age, the late Pleistocene. 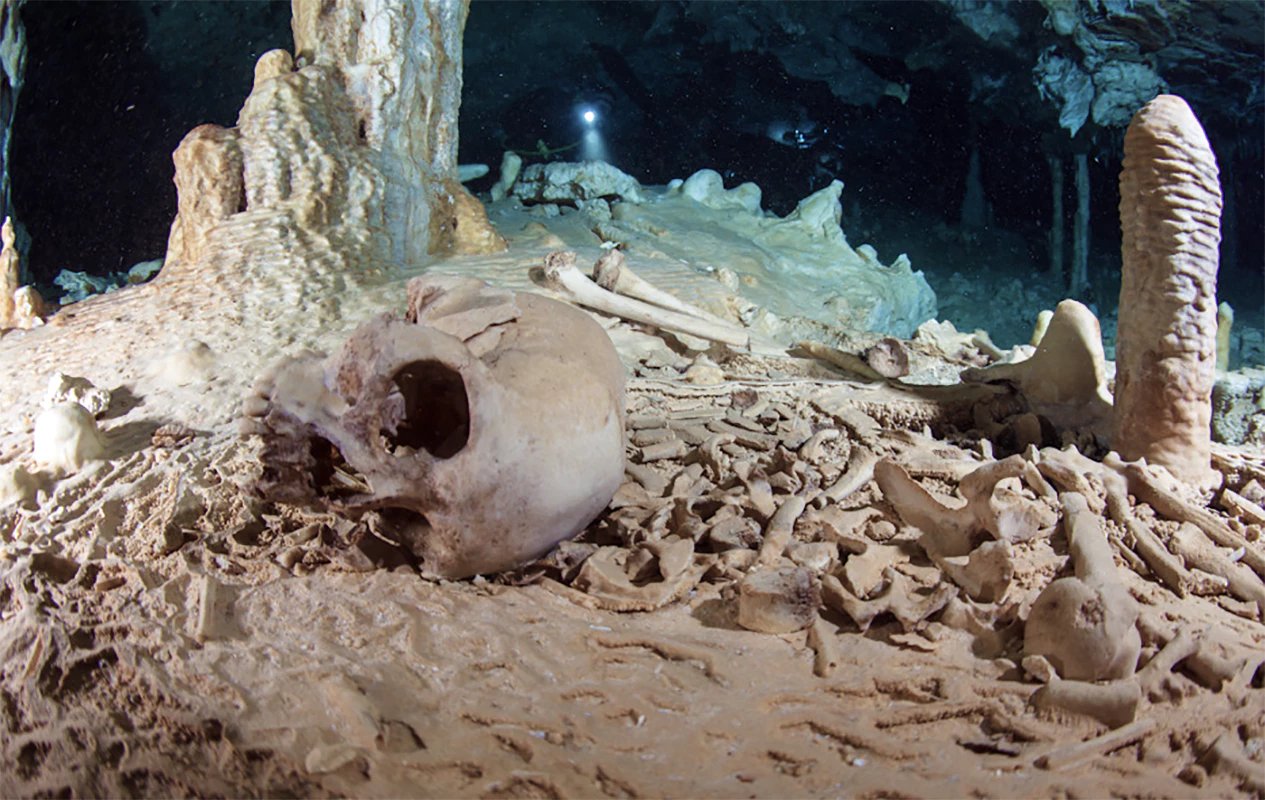 A German-Mexican research team based their analysis on a stalagmite that grew on the hip bone of the skeleton.

“The bones from the Chan Hol Cave near the city of Tulúm discovered five years ago represent one of the oldest finds of human bones on the American continent and are evidence of an unexpectedly early settlement in Southern Mexico,” says Prof. Dr Wolfgang Stinnesbeck, an earth scientist at Heidelberg University.

There is much controversy regarding the early settlement of the Americas.

One of the most widely accepted theories is that the first people migration took place 12,600 years ago through an ice-free corridor between retreating North American glaciers, via the ice-age Bering Land Bridge between Siberia and Alaska.

However, this theory was recently questioned, despite that researchers found artifacts and open hearts at the sites, but never bones. 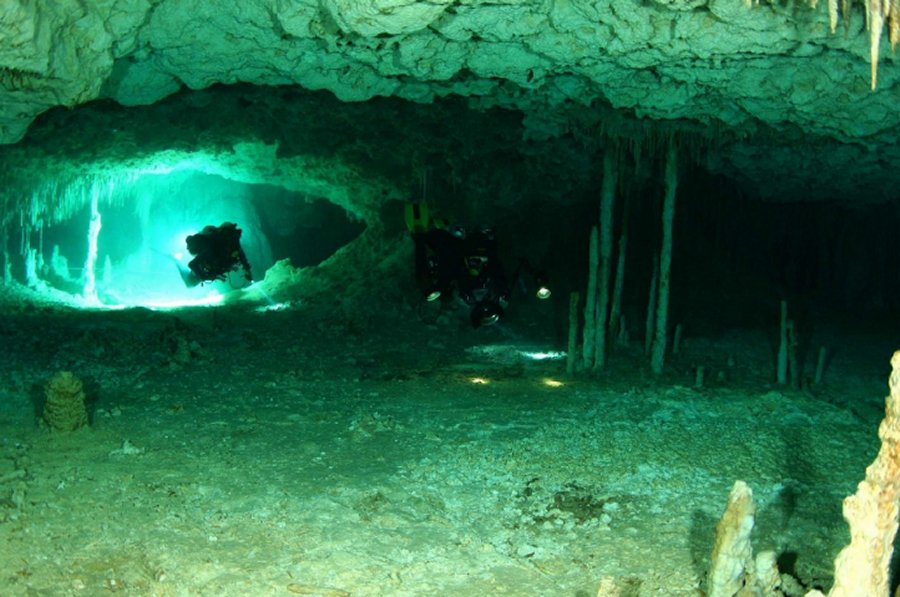 Chan Hol cave near Tulúm on the Yucatán peninsula

It has been extremely rare so far to find human bones older than 10,000 anywhere in the Americas.

Mystery Of The Yaghan People: The First True Discoverers Of America?

Important archaeological evidence comes now from the water-filled caves near Tulúm on Yucatán Peninsula, the Gulf of Mexico from the Caribbean Sea.

Seven prehistoric human skeletons have already been documented in the intricate cave system near the coast in the eastern part of the peninsula, some of them previously dated by other researchers.

According to Prof. Stinnesbeck, these caves (not flooded until the worldwide rise in sea level after the ice age) contain well preserved archaeo-palaeontological and climatic information from the time before the flooding. 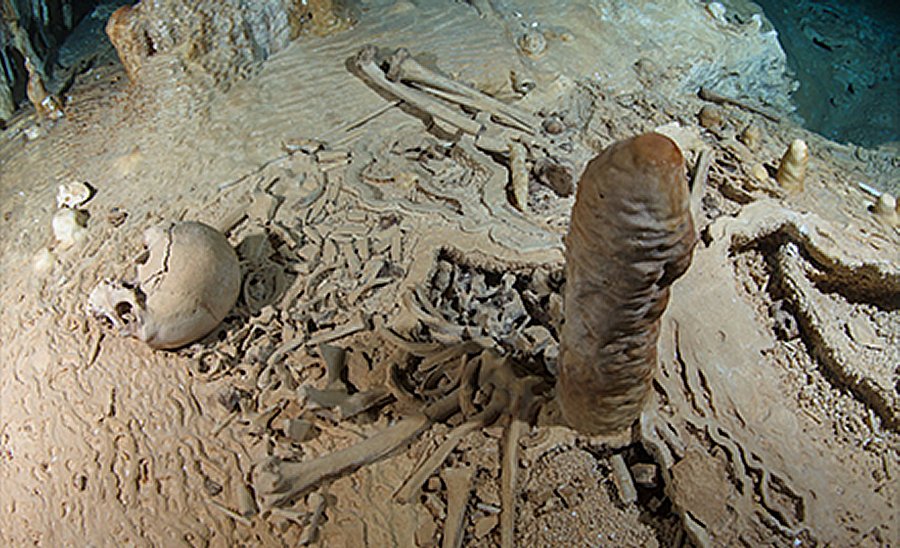 For the best result, Prof. Stinnesbeck and his German-Mexican team of earth scientists and archaeologists dated a stalagmite that had grown on the hip bone, and they were able to narrow down the age of the human bones from the Chan Hol Cave.

The results obtained in the Chan Hol Cave indicate that the site was inhabited at least 11,000 but most likely 13,000 years ago.

As Prof. Stinnesbeck said, the fossil “ represents one of the oldest human skeletons from America. Our data underline the great importance of the Tulúm cave finds for the debate about the settling of the continent.”

The research findings have now been published in PLOS ONE.