Ellen Lloyd - AncientPages.com - Many look forward to the Great American Eclipse on August 21 this year. We think about eye protection equipment, weather conditions, and the best locations that we give us the opportunity to experience an event of a lifetime. 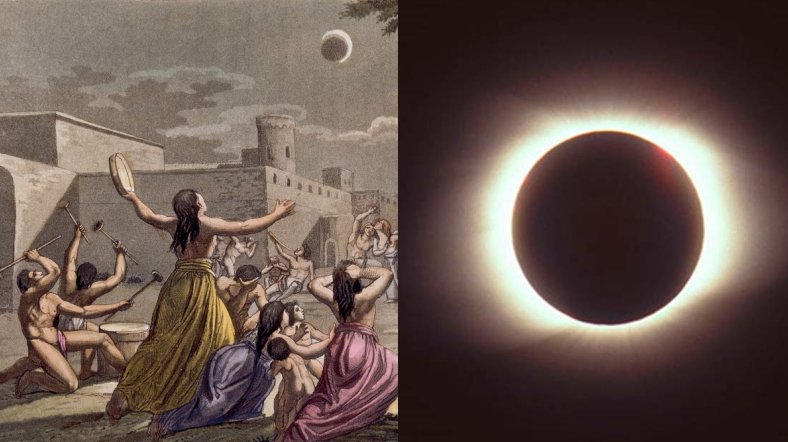 Total Solar Eclipse On August 2, 1133 CE And The Death Of King Henry I of England

On August 2, 1133, a remarkable total solar eclipse lasted eclipse for more than four minutes. Normally the moment when the Moon completely covers the Sun, the event lasts about two and a half minutes, so this was a special astronomical occasion.

The total solar eclipse of 1133 has gone to history books as one most famous ones. This is mainly because the event coincided with the death of King Henry I of England. According to historian William of Malmesbury, the “hideous darkness agitated the hearts of men.” 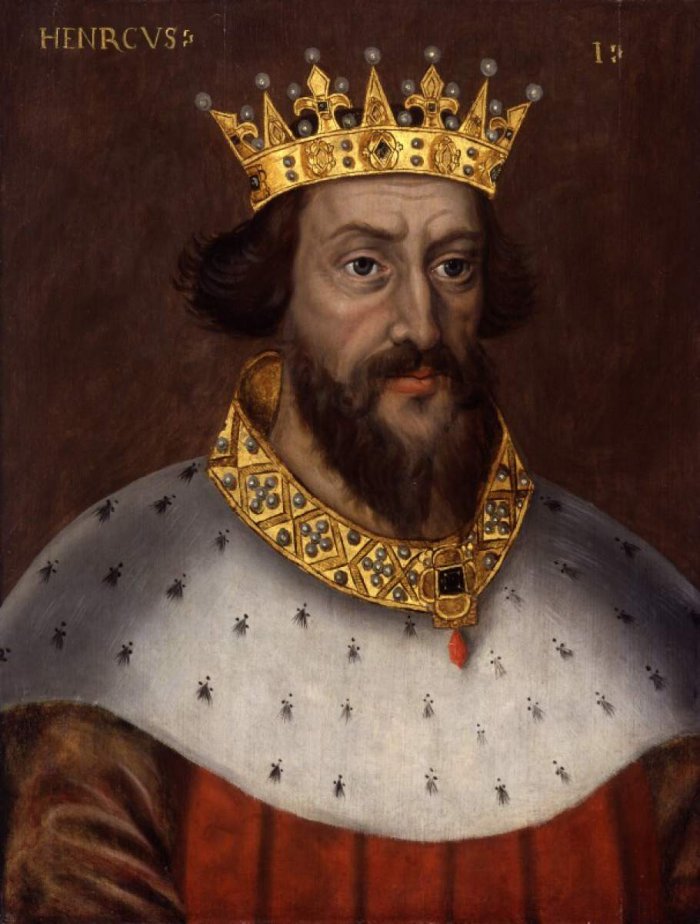 William turned out to be right in a way. Shortly after King Henry’s death, the country was thrown into chaos and a civil war brewed. Of course, it is only coincidence that the total solar eclipse occurred around the same time as the king’s death, as solar eclipses themselves are a natural phenomenon and not responsible for any negative occurrences. In ancient times, it was very common to consider astronomical events like eclipses as religious signs. The darkening of the sun or moon was believed to be the work of dark forces in the universe that was always present. Eclipses were believed to bad omen.

Total Solar Eclipse On May 28, 584 B.C. Ended The War Between Lydians And The Medes

Just as eclipses could cause fear among ancient people, there were also cases which have gone to the history books as positive events. The total solar eclipse on May 28, 584 B.C. ended the war between Lydians and the Medes. The war had lasted for five years, but everything was brought to a halt by a sign from the skies.

The solar eclipse was predicted by the Greek philosopher and scientist Thales of Miletus (625 BC – 545 BC) and it did occur within the period he specified.

The earliest extant account of the eclipse comes from Herodotus, who writes about this astronomical event, as follows: “This change from daylight to darkness had been foretold to the Ionians by Thales of Miletus, who fixed the date for it within the limits of the year in which it did, in fact, take place’ (Hdt. I.74)”. 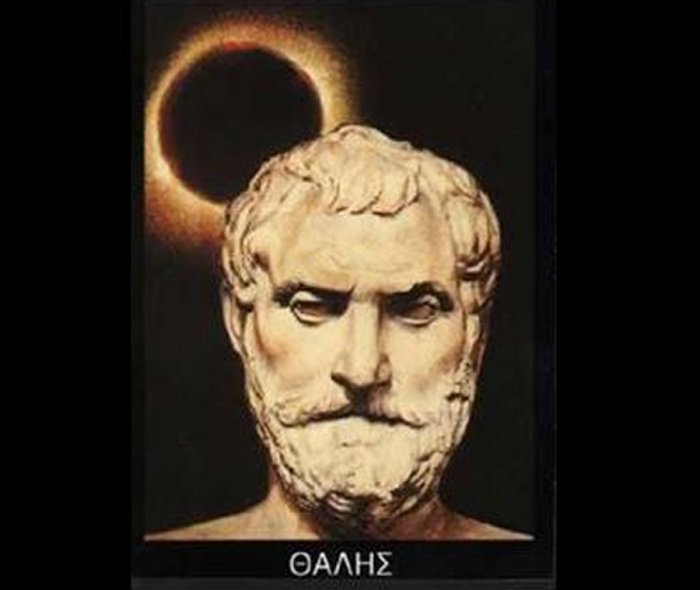 During the battle, both sides interpreted this astronomical event as a sign to end the war. An agreement was sealed and Aryenes, daughter of the king of Lydia, was married to the son of the king of Medes. What the Lydians and Medes failed to realize was this sign from the skies was a total solar eclipse.

According to the Christian gospels, the sky went dark for three hours while Jesus was on the cross. Most likely the darkness did not last that long, but astronomers say there were eclipses in the area at about the right time, and each of them would have lasted a few minutes. 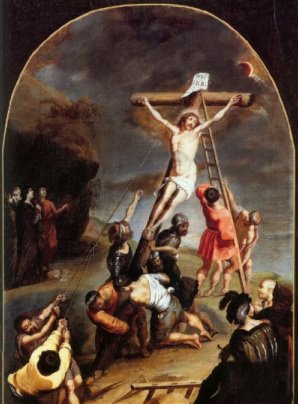 The crucifixion eclipse. It is said that the sun darkened during the crucifixion of Christ. Later, the event was associated with an eclipse that was visible at Jerusalem. Credit: © Valenciennes, Musee des Beaux Arts, photo R.G. Ojeda.

According to Liviu Mircea and Tiberiu Oproiu, two astronomers from the Astronomic Observatory Institute in Cluj, Romania, Christ died at 3 pm on a Friday, and rose again at 4 am on a Sunday. Mircea and Oproiu say they were able to pinpoint the date using computer software to check biblical references against historical astronomical data. From the New Testament, we learn that Jesus died the day after the first night with a full moon, after the vernal equinox.

Using data gathered on the stars between 26 and 35 AD they established that in those nine years, the first full moon after the vernal equinox was registered twice - on Friday, April 7, 30 AD, and on Friday, April 3, 33 AD.

The two astronomers became convinced the date of the crucifixion was 33 AD, and not 30 AD, because records showed a solar eclipse, as depicted in the Bible at the time of Jesus' crucifixion, occurred in Jerusalem that year.

Solar Eclipse On November 24, 569 And The Birth Of Prophet Muhammad

The founder of Islam, the prophet Muhammad, was born in Mecca sometime between 569-570. The Quran describes an eclipse that preceded the birth of the last prophet, and modern researchers have been able to identify it as one that lasted three minutes and 17 seconds in the year 569. Another eclipse coincided with the death of his son in 632. 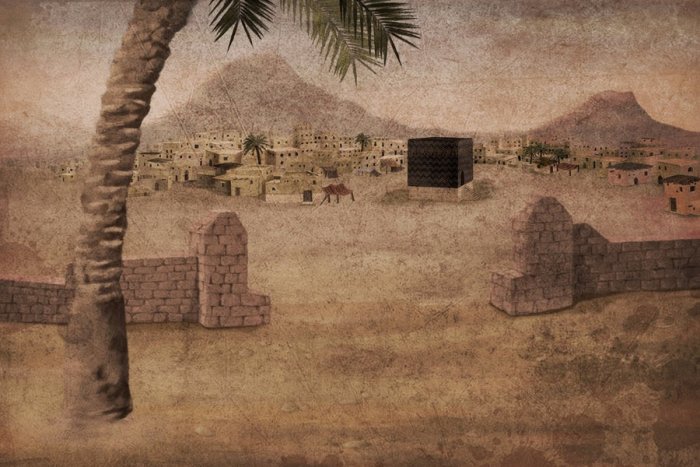 The Koran mentions an eclipse that preceded the birth of prophet Muhammad.

However, Islamic theology does not accept that the eclipse was sent by God as an omen of the prophet’s birth. According to Prophet Muhammad "the Sun and Moon are signs of God and do not eclipse for the death or birth of any man."

Today we know more about the nature of solar eclipses and we can admire the event without fear. We know it’s not a sign of god, but a natural phenomenon, but one can easily understand our ancestors who became terrified when everything turned into darkness for several minutes.