AncientPages.com - Located in Wiltshire, UK, Avebury is the largest stone circle in the world.

This impressive stone circle was originally erected about 4,500 years ago, and it seems that there is still a lot we don’t know about these ancient stones. The purpose of Avebury stone circle is still unknown. It could have been a sacred meeting place for our ancestors which may even be aligned with the stars.

Using radar technology, archaeologists have discovered there is a mysterious, secret “square” hidden beneath the world-famous Avebury stone circle. 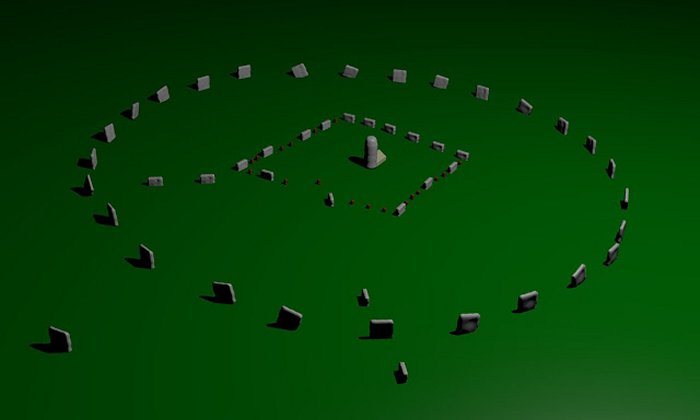 Computer model of findings at Avebury. Credit: University of Southampton

According to researchers from the universities of Leicester and Southampton, this discovery of new megaliths inside the monument was a great surprise and there is a need for further archaeological investigations at the site.

"Our research has revealed previously unknown megaliths inside the world-famous Avebury stone circle.

We have detected and mapped a series of prehistoric standing stones that were subsequently hidden and buried, along with the positions of others likely destroyed during the 17th and 18th centuries. 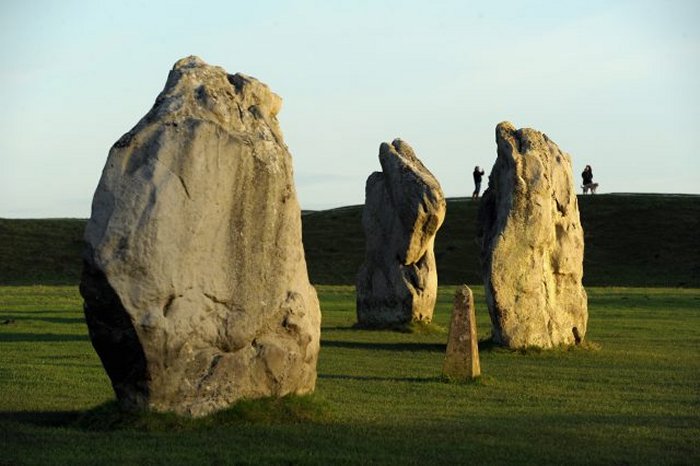 Together, these reveal a striking and apparently unique square megalithic monument within the Avebury circles that has the potential to be one of the very earliest structures on this remarkable site," Dr Mark Gillings, Academic Director and Reader in Archaeology at the University of Leicester said.

Archaeological excavations at Avebury have been conducted for many years.

In 1939, archaeologist Alexander Keiller demonstrated the existence of a curious angular setting of small standing stones set close to a single huge upright known since the 18th century as the Obelisk. Unfortunately, the outbreak of war left this feature only partially investigated.

Archaeologists have followed Keiller’s work and a careful programme of geophysical survey has finally completed the work begun by Keiller.

Discovery Of Roman Settlement, Workshops And Artifacts Will Shed Light On Their Life In Northern England

“It has shown the line of stones he identified was one side of a square of megaliths about 30m across and enclosing the Obelisk. Also visible are short lines of former standing stones radiating from this square and connecting with the Southern Inner Circle.

Megalithic circles are well known from the time when Avebury was built during the late Neolithic (3rd millennium BC), but square megalithic settings of this kind are highly unusual,” Dr Joshua Pollard, from the University of Southampton said.

“This discovery has been almost 80 years in the making but it's been well worth waiting for. The completion of the work first started by Keiller in the 1930s has revealed an entirely new type of monument at the heart of the world's largest prehistoric stone circle, using techniques he never dreamt of. And goes to show how much more is still to be revealed at Avebury if we ask the right questions,” Dr Nick Snashall, National Trust archaeologist at Avebury said.

It is the first time such as square monument has ever been found. Earlier still, at around 3,500 B.C, experts found a simple rectangular wooden house occupied the site.
The purpose of the square is unknown for the moment, but scientist think it may have commemorated the location of an early Neolithic house, possibly part of a founding settlement, which was subsequently used as the centre of the southern inner circle.