AncientPages.com - This giant, very oddly-shaped rock is remarkable. It could be of great historical importance, but it's also possible it's just an unusual natural rock and simply a curiosity.

It doesn't resemble other ancient structures and it's unknown whether is man-made or a natural formation.

What is it? Was it an altar of some sort? Was it shaped in the image of something our ancestors witnessed or is it perhaps Mother Nature that is having fun on our behalf letting us guess the purpose of this huge piece of rock? 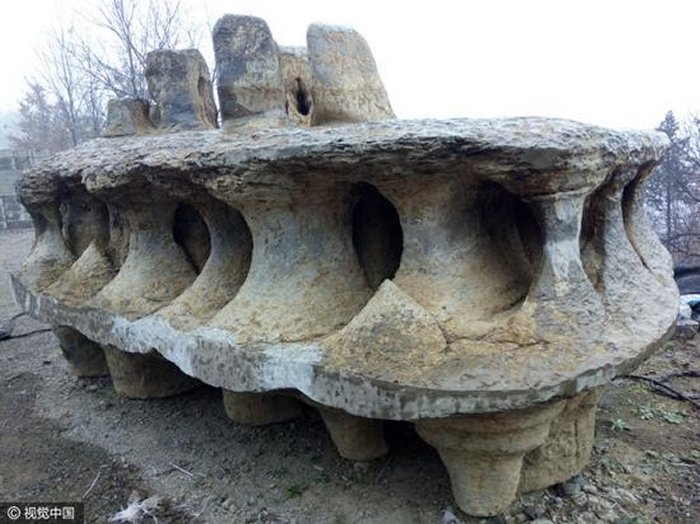 The bizarre rock was found in a mountain village in the Hubei Province in central China. Xia Changjun, a villager at Baokang county spotted a piece of rock sticking up from the ground and he decided to take a closer look. He noticed the stone had multiple holes and something that looked like pillars. 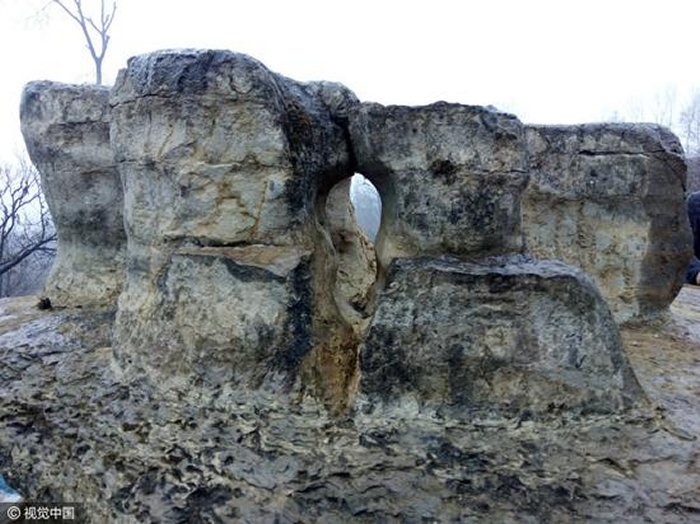 Xia became curious and determined to learn more about the stone that he bought it from the farmer who owned the land. The structure was much larger than he anticipated. First, he dug with an iron shovel, but he could only uncover a small part of the rock, but he had no intentions of giving up.
He came back every day for a week to excavate it. Eventually, obtained a crane to lift the rock out of the ground and haul it home. 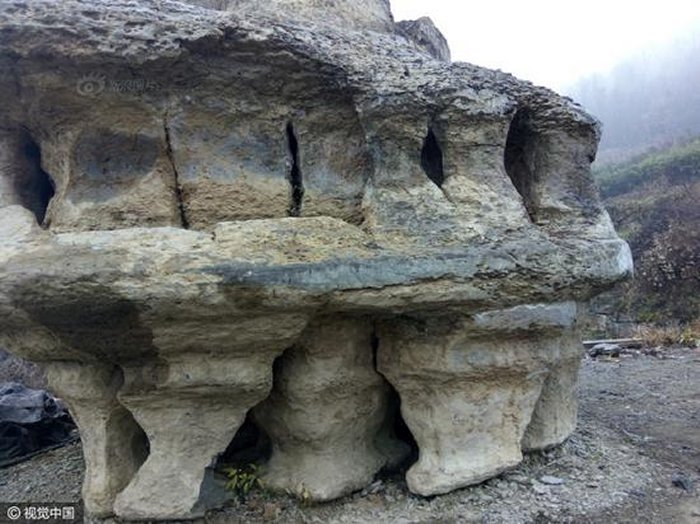 The structure is very large, measuring 2.8 meters long (9 ft.), 2 meters wide (6.6 ft.), 1.6 meters high (5.2 ft.) and weighing a crane-straining six tons. It stands in Xia's backyard. The three layers consist of two ovals separated by what look like pillars, additional pillars or legs for support underneath and small group of pillars or columns on top. The top layer is a big platform. 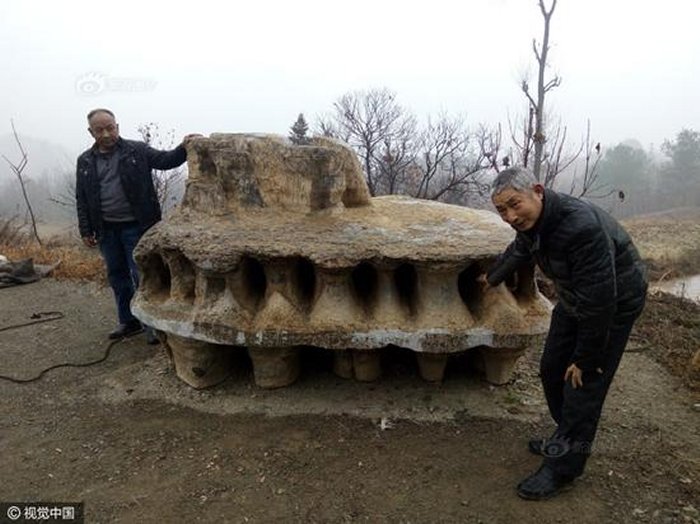 The Chinese villager, who is not wealthy man was given an offer of $14,000 from a person who wanted to buy this odd structure. But Xia has no intention of selling the rock. He thinks it's precious and would like to know what it is.
Some of the shapes look familiar and it could be some sort of altar perhaps, but that's just a guess. Xia's puzzling rock has not been properly investigated by scientists.
Wang Qingxiang, an expert on the culture and history of the Hubei and Hunan provinces, examined it, but he couldn't provide much information. He was able to identify the composition as basalt, but couldn't determine if the giant structure was natural or man-made.