A. Sutherland - AncientPages.com - The Varangian Guard represented the elite heavy infantry regiment of the Roman ('Byzantine') Empire from AD 988 AD to around 1404 AD. 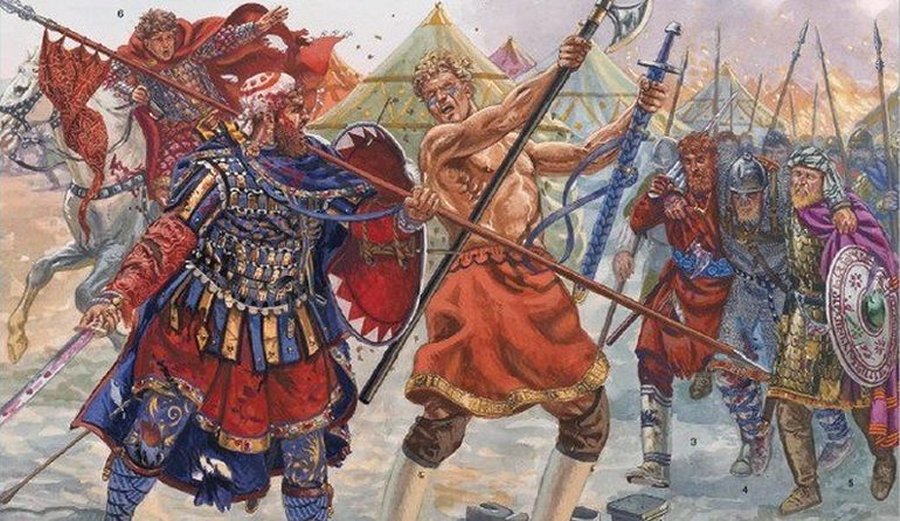 They were Vikings for hire, who successfully conquered territories across the Empire. They fought in Crete, Italy and in Asia Minor. The Varangians (‘in Old Norse 'væringi' 'sworn companion'), were foreigners who became members of the imperial body guard. Recruits were drawn mainly from Scandinavia but after 1066, there were also the Anglo-Saxons among the Varangians.

In the fight, the Varangians relied on long axes, which they used as their main weapon, although they did well in combat against swords and bows. These professional warriors were highly valued for their courage and loyalty; they had also high fighting skills and ability to carry out commands efficiently and without unnecessary questions.

According to the Icelandic Sagas it was not easy to get into the Imperial Guard, however, “they were well received as soon as it was known that they were Norsemen.”It was an entrance fee to be paid by a new member and it was most probably a large sum, which not all warriors could pay.

Basil the Bulgar-Slayer (958 - 1025), Byzantine Emperor founded Varangian Guard, because he did not trust his own people. The Varangians, on the other hand, were for their legendary loyalty.

The Norsemen came to be drawn into the Imperial service until the greatest of all the Emperors of the East, Basil II, formed them into the regiment of guards which was to give unique service to the Empire.

The true story of these warriors is closely related to particularly one, famous warrior, Harald Hardrada, "(hard ruler") officially Harald III Sigurdsson (1015-1066), one of the most famed Viking leaders, who participated in the Battle of Stiklestad in 1030 AD at the age of 15.

Before Hardrada became king of Norway, he made a living as a mercenary soldier. According to ancient sources,  Hardrada had difficulties to pay an entrance fee as a new member in the guard. The saga of the king mentions that he fought in 18 battles against the Bulgarians, the Anatolian Arabs and in southern Italy under the command of the eminent Byzantine commander, General Georgios Maniakes, during the 11th century.

Hardrada was among the best berserkers in the army. His tough Viking warriors were employed as protectors of the emperor and Harald became military commander in Kievan Rus' and of the Varangian Guard in the Byzantine Empire.

Were The Viking Berserkers True Or Drug Addicted Warriors Fighting In Trance?

It was Hardrada who developed successful tactics that transformed warfare across the Mediterranean region. 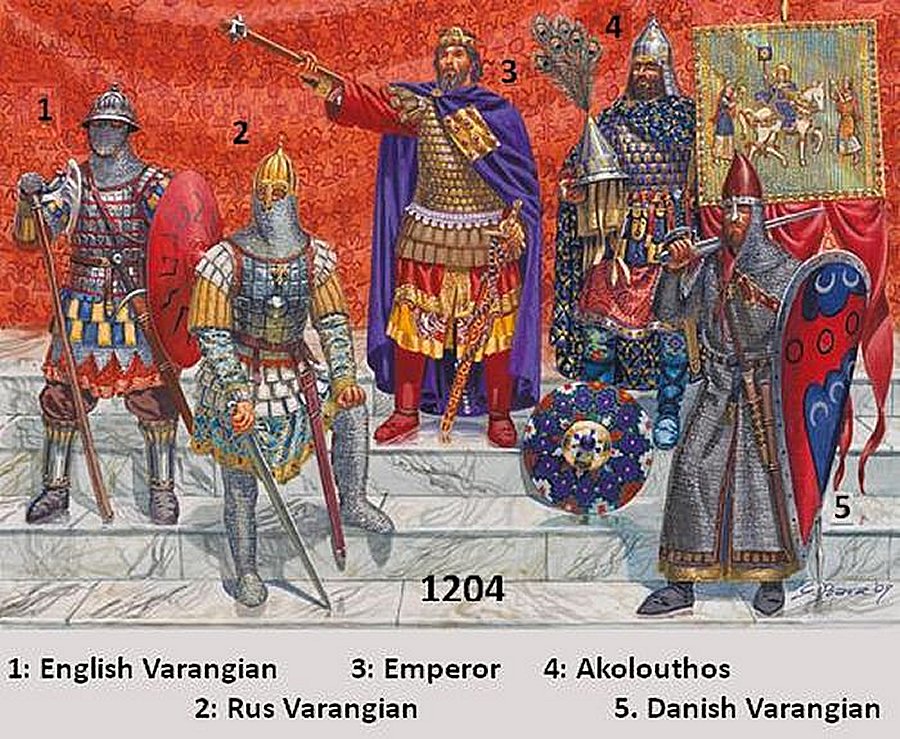 For several centuries the Varangians served as both palace guards and field troops who fought in expeditionary armies; later they became the household guards of the emperor in Constantinople and no longer went out on campaign.

The Varangians continued their service until the second half of the 11th century when after the Norman Conquest (1066 AD, both English and Danish nobles who left England were eventually absorbed into it. Some historians suggest that after the sacking of the city of Constantinople in 1204 by the crusaders, the guard ceased to exist.

By the late 13th century, Varangians were mostly ethnically assimilated by the Byzantines, though the regiment operated until at least the mid-14th century, and in 1400, there were still some people identifying themselves as "Varangians" in Constantinople.

Blöndal S. The Varangians of Byzantium