A. Sutherland - AncientPages.com - Mighty and robust bearded warrior Gilgamesh is remembered as semi-divine King of the Babylonian epic. Gilgamesh, the greatest hero of Mesopotamia, is believed to have built his great city of Uruk with his own hands. 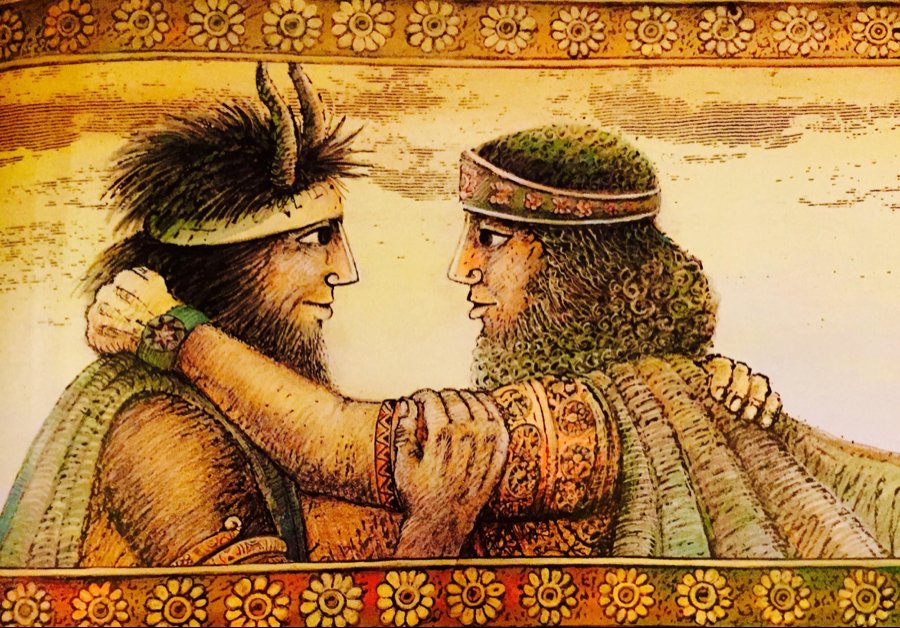 One-third human and two-thirds divine mythical figure has been depicted on countless reliefs and sculptures of Mesopotamia, as a bearded warrior, fighting monsters, bulls and lions.

About 2100 BC, people began to create elaborated stories about him and his powerful deeds. Those earliest stories recorded in Sumerian language were most probably only copies of very old, different tales praising Gilgamesh’ s strength, achievements and great courage. In this form they were transmitted orally for centuries.

Most famous of all them is the great poem “Epic of Gilgamesh” in which Gilgamesh is a central figure.

“Epic of Gilgamesh” was written in Akkadian language about 1600 BC and its main, preserved version was recorded on twelve clay tablets by the Babylonian scholar and scribe, Sin-lege-unninni about 1100 BC, when he was working in the libraries of city of Nineveh. Each tablet consist of six columns (three on the obverse and three on the reverse) of approximately 50 lines for each column, or totally of about 3600 lines. 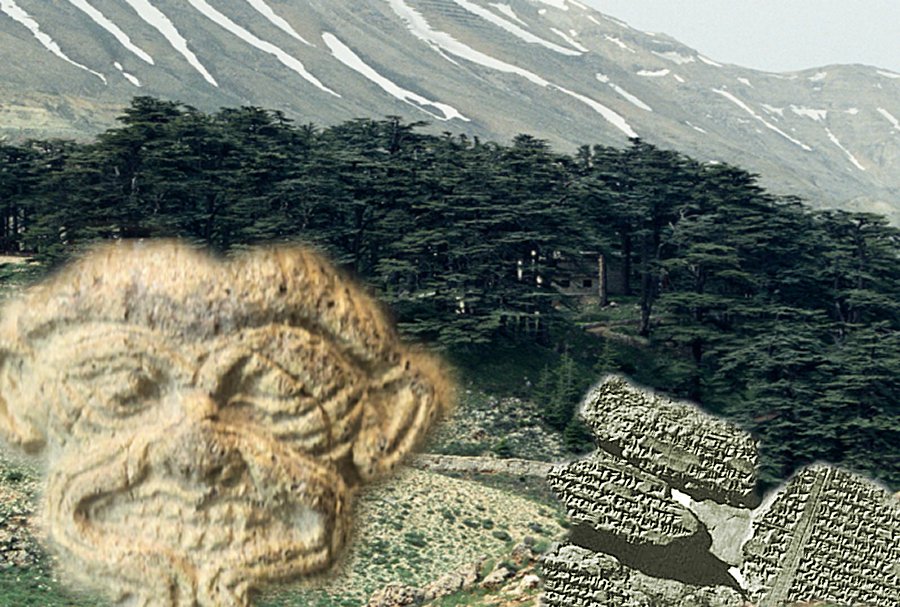 In one story, Gilgamesh decided to visit the Cedar Forest in the Mountains, cut down cedar trees and bring back some to his people, but this adventure did not particularly appeal to his friend Enkidu because in the forest lives a terrible monster Ḫumbaba (in old Babylonian: Ḫuwawa ), the ruler of the forest.

“His utterance is fire. His breath is death. Why do you want to do this?" Enkidu asked Gilgamesh, adding that the great god Enlil had appointed Ḫumbaba as guardian of the forest to prevent mortals from entering the forest.

“It is an impossible challenge.” Enkidu warned.

Gilgamesh was still determined to pursue the monster because he had a great desire to be renowned so that he would not go to his grave unremembered.

With weapons and axes, the blessing of the sun god Utu and his seven brothers who would aid Gilgamesh in his quest, the hero called for men. Fifty men joined his company and they set off, all men with families stayed at home.

The journey was tiring and Gilgamesh was troubled by several ominous dreams. They passed through six mountain ranges; each time, Gilgamesh's intuition told him that it was not the place. 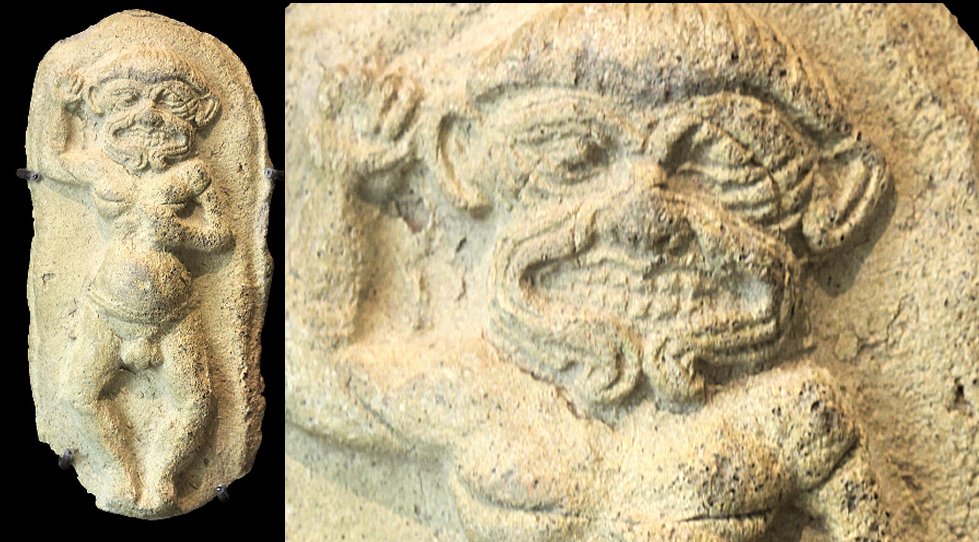 Finally, they reached the seventh, and Gilgamesh immediately knew where to find the cedars in this range. Unfortunately it was also the domain of the forest guardian – the giant monster Ḫumbaba .

The giant had seven magics called “terrors” that he used against all who invaded his domain. His goal was to bite Gilgamesh and Enkidu through their necks and leave their bodies to the birds of prey.

Gilgamesh’s nerves almost failed him, he wanted to give up. The combat with Ḫumbaba – accompanied by terrible, tremendous storm, while the land itself, was split apart - was furious and exhausting.

Death And Afterlife In Sumerian Beliefs

Enkidu wanted to help and he did it by encouraging his friend.

In the end, lying at Gilgamesh’s feet, the giant Ḫumbaba was pleading for mercy and Gilgamesh took pity on him.

Then once again, Enkidu warned his friend Gilgamesh that the giant was not to be trusted. There was only one solution: to kill Ḫumbaba and end his terror and so it happened.

Gilgamesh stabbed Ḫumbaba and Enkidu struck off his head and it was a great deed, but not everyone was impressed. They killed the guardian of the forest, who was appointed by god Enlil; they placed Ḫumbaba ’s head in leather bag and returned to the temple of Enlil.

Both Gilgamesh and Enkidu would have cause to regret their deed.

Enlil was furious and felt offended with them for what they had done. He took the seven magics (“terrors”) Gilgamesh tricked the monster into giving away and  distributed them by giving to fields, rivers, reed beds, lions, palace, forests, and the goddess of prisoners, Nungal.

Instead of a divine reward, the two heroes expected, Enlil cursed them to wander over mountains and plains forever.