Ellen Lloyd - AncientPages.com - "There are stories and stories...There are the songs, also, that are taught. Some are whimsical. Some are very intense. Some are documentary. Everything I have known is through teachings, by word, by word of mouth, either by song or by legends.” - said Terrance Honvantewa, Hopi.

The Hopi Indians of the Southwest have a story known as the "Kuskurza", the "Third World Epoch".

One of the greatest writers of the American West, Frank Waters (1902-1995) preserved this story in his excellent "Book of The Hopi" and tells us that during the Third World Epoch the Hopi witnessed flying shields called "patuwvotas", which soared through the skies. 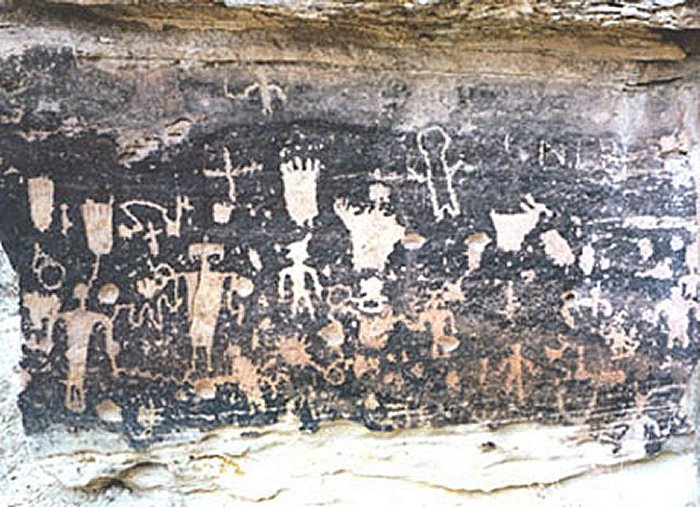 Similar to our modern fighter aircraft - the "patuwvotas" were often attacking the cities, causing destruction and killing people on the ground.

They were able to perform an attack and leave the target place so rapidly that the people of the city did not even have time to figure out from which direction their enemies appeared. Other civilizations began to manufacture "patuwvotas" and soon a war broke out.

The Hopi Indians have much to tell about our ancient past, but unfortunately, many of these important prehistoric events have never been presented in another form than oral, from one generation to another. 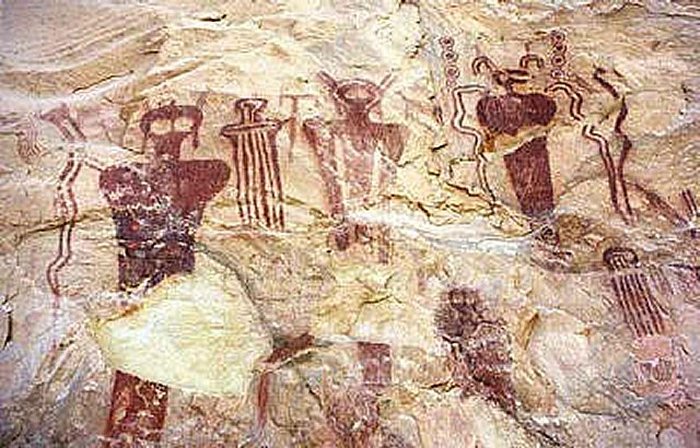 For example, the Hopi Indians mention a certain "Red City" that was destroyed by terrible sky weapons. It happened long before the Hopis' existence. The Hopis call this special place "Palitkwapi", meaning the "legendary Red City of the South".

Astonishing Secrets Of Legendary Kachinas: Watchers Of The Hopi

Lyman Lake Petroglyphs Left By Ancestors Of The Hopi Indians

No one knows exactly where Palatkwapi might have been located, but some of the Hopi believe that Palenque, in Chiapas known as the center of the Mayan Old Empire, Mexico was the legendary Red City, destroyed by an immense flood.

Some scholars suggest that a place - where at least a clan could have migrated - was located possibly as far as South America. However, it must have been a very long time ago. 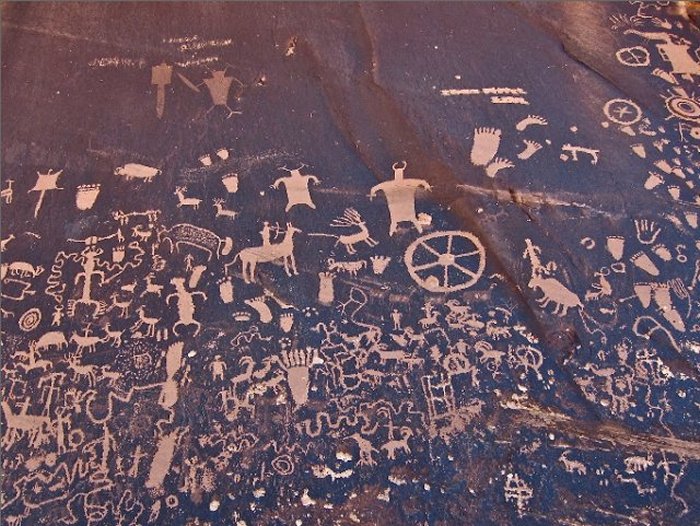 The stories told by the Hopi Indians are confirmed by legends and sacred texts of other cultures.
The Indians of Canada, living near the tundra region, tell that once a long time ago, horrifying suddenly appeared and destroyed their cities.

The people of Central America tell for example about how the gods destroyed the Earth by using a weapon that was as "hot as the sun" and the sacred book of the Mayas, the "Popol Vuh" is another excellent source, which provides plenty of valuable information about our ancient sky visitors and all their earthly activities.

The Popol Vuh describes an event very similar to what happened in the Biblical cities Sodom and Gomorrah. This work tells about a raising sun, of which heat was unbearable. The heat was so intense that people turned into stone.

It seems very likely that the sacred text refers to another nuclear holocaust.