A. Sutherland - AncientPages.com - Most probably no other site in Egypt is more impressive and fascinating than Karnak.

Karnak represents one of the greatest temple complexes in the world. It is the result of combined architectural achievements of several generations of skilled ancient builders of Pharaonic Egypt. 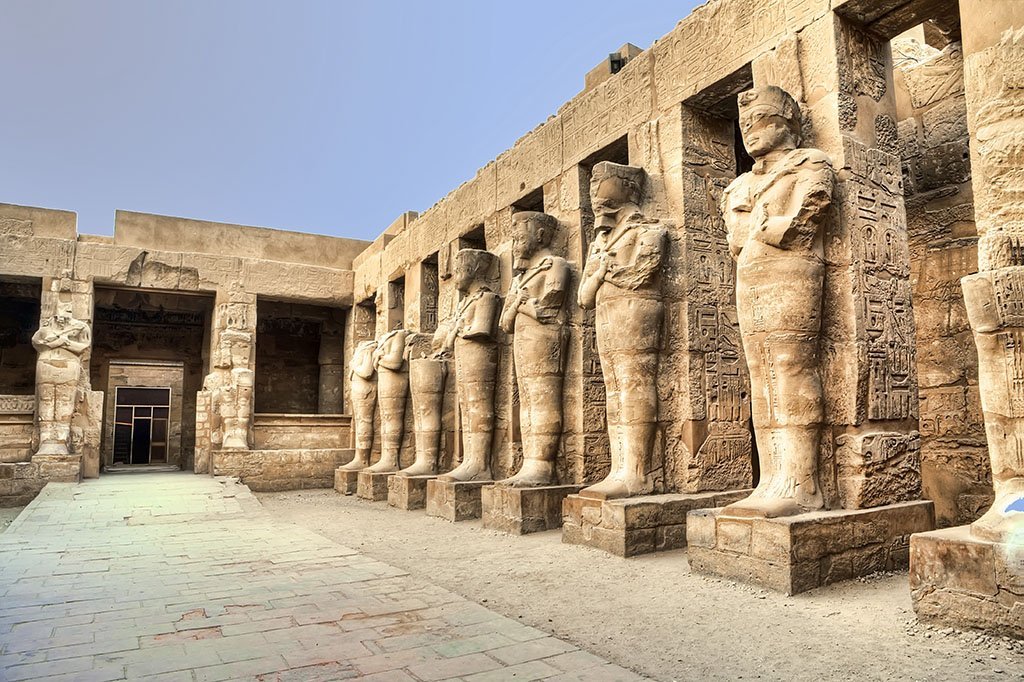 “Construction continued on the temple for thirteen hundred years under approximately thirty different pharaohs. The sheer volume of granite, diorite, and alabaster that was cut precisely into statues around Luxor attests to the ancient Egyptians’ mastery of their craft. The Greeks and Romans did not sculpt statues in igneous rock," writes Christopher Dunn in his book "Lost Technologies of Ancient Egypt: Advanced Engineering in the Temples of the Pharaohs".

According to Dunn, these achievements would be impossible without taking precise measurements. The amazing geometry and precision of ancient Egyptian monuments, structures and artifacts display incredible symmetry, size, and perfection that even today are among the most difficult on earth to obtain.

Another architectural wonder is an obelisk (one of four, which survived) erected by Queen Hatshepsut. It is 97 feet tall and weighs about 320 tons or even more. According to an inscription at its base, the work of cutting the monolith out of the quarry required seven months of labor.

How were these gigantic pieces of stone transported from distant Aswan?

Karnak Has Still Not Revealed All Of Its Ancient Secrets

Karnak covers an impressive area of about 3 km (1, 75 miles) and is located north of the modern city of Hatsh. It was surrounded by the thriving city of Thebes.

It takes a few hours to walk and look at the whole historic complex, but it is worth to stay until the evening, to see magnificent spectacle of the "light and sound" arranged within the walls of the complex.

Ancient Tombs Of The Nobles In The Valley Of The Queens

Ancient name of this place was “Ipet-Isut” (“The Most Select of Places”). It was the seat of the great god Amun-Re, accompanied by temples and chapels dedicated to other Egyptian deities. It was the main shrine in the land of the pharaohs.

Karnak is considered the largest temple in the world, equaled only by the famous Angkor Wat in Cambodia. 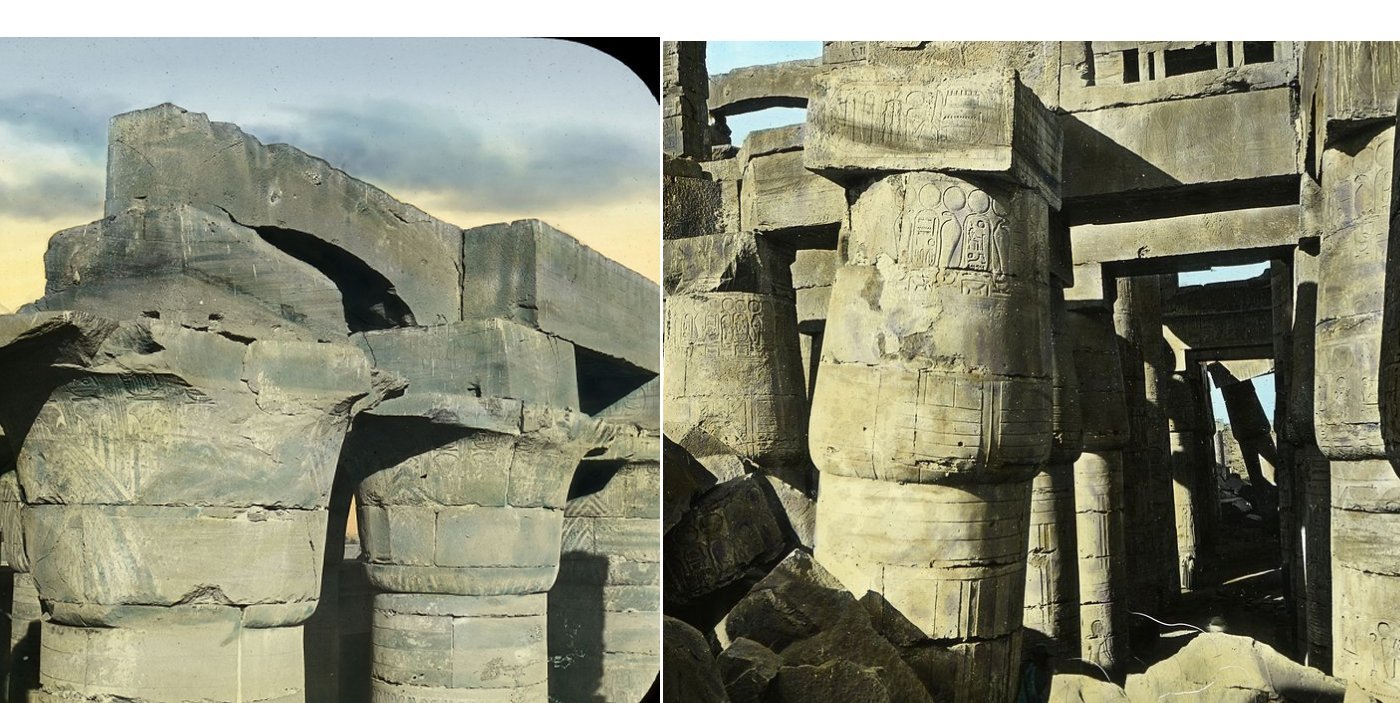 Karnak, of which today's name is taken from the neighboring village of el-Karnak, is composed of three main compounds. The first, located in the center, is the precinct of Amun-Re with several minor temples; the next is the precinct of Amun’s consort, Mut, a self- created goddess, “who giveth birth, but was herself not born of any.”

To the north is the smallest precinct of Montu, the falcon-headed god of war, "Lord of Thebes". Karnak, with a spectacular collection of obelisks, stone statues, gigantic walls and walls, offers much to see.

One masterwork is the Hypostyle Hall in the Precinct of Amun-Re, a hall area of 50,000 sq ft (5,000 m2) with 134 gigantic columns arranged in 16 rows. 122 of the columns are 10 meters tall, and the other 12 are 21 meters tall with a diameter of over three meters. The architraves on top of these columns are believed to weigh 70 tons. 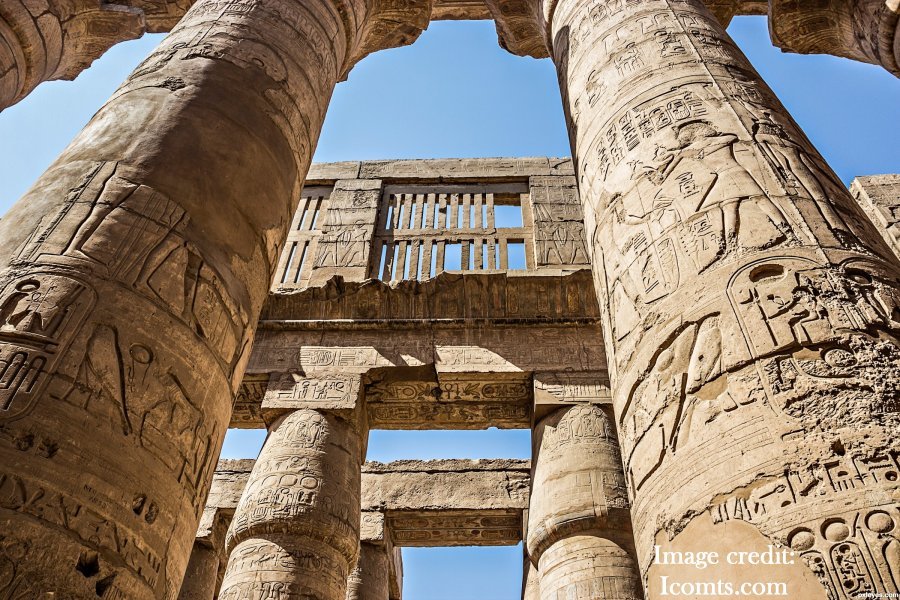 Another one is the 2,700 meters long and 76 meters wide Avenue of Sphinxes that connects the Luxor and Karnak temples.

Built by the 30th Dynasty king Nectanebo I (380-362 BC), the avenue is lined with a number of statues in the shape of sphinxes. On the route of this avenue, Queen Hatshepsut (1473 -1458 BC) built six chapels dedicated to the god Amun-Re and recorded this event on her red chapel in Karnak temple. 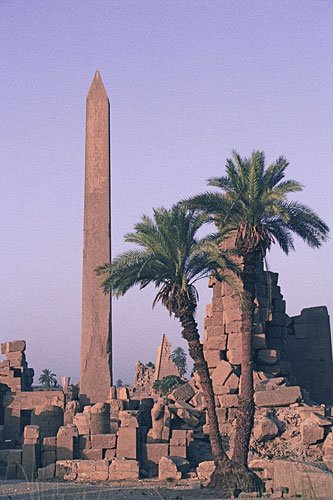 Karnak has still not revealed all its secrets; most of the original temple complex is still hidden under the city of Luxor and is inaccessible by archaeologists.

One of many secrets, which are still kept, is what kind of methods builders used to achieve their colossal work.

In 2010, a 3,500-year-old door to the afterlife was unearthed near the temple in Karnak. Archaeologists believe it is a false door designed to allow the deceased and his wife to interact with the world of the living.

Such niches were found in nearly all ancient Egyptian tombs. They were meant to take the spirits of the dead to and from the afterworld. This nearly six-foot- tall (1.75 meters) slab of pink granite was covered with religious texts. 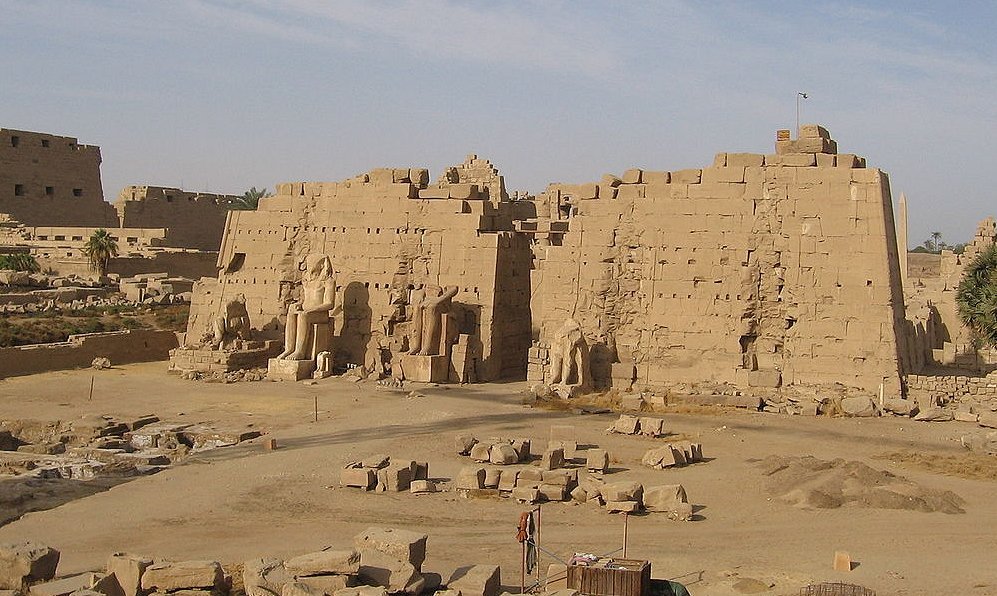 The door came from the tomb of User, who was the chief minister of Queen Hatshepsut, a powerful, long ruling 15th century BC. queen from the New Kingdom with a famous mortuary temple near Luxor in southern Egypt.

Built over long periods of construction and systematic enlargements from around 2055 BC to 395 AD, Karnak finally lost its power.

In 323 AD, Constantine the Great recognized the Christian religion, and in 356 Constantius II ordered the closing of pagan temples throughout the empire. Karnak was by this time mostly abandoned, and Christian churches were built among the ruins. The Festival Hall of Thutmose III has still well-preserved depictions of saints and Coptic inscriptions.

Christopher Dunn - Lost Technologies of Ancient Egypt: Advanced Engineering in the Temples of the Pharaohs