A. Sutherland - AncientPages.com  - Modern city Abu Shahrain holds traces of one of the earliest and most sacred cities of the Sumerians – Eridu (E.RI.DU – ‘Home in the Faraway Built’).

According to legend, it was the first city ever established. An ancient Babylonian poem devoted to heroes from the past, describes  the rise of Eridu as a city:

It was founded by and belonged to Enki, the mysterious god of the deep wisdom and magic. Enki was in charge of Earth prior to the arrival of his brother Enlil who is said to have brought civilization to Sumer at this point, or just shortly before. 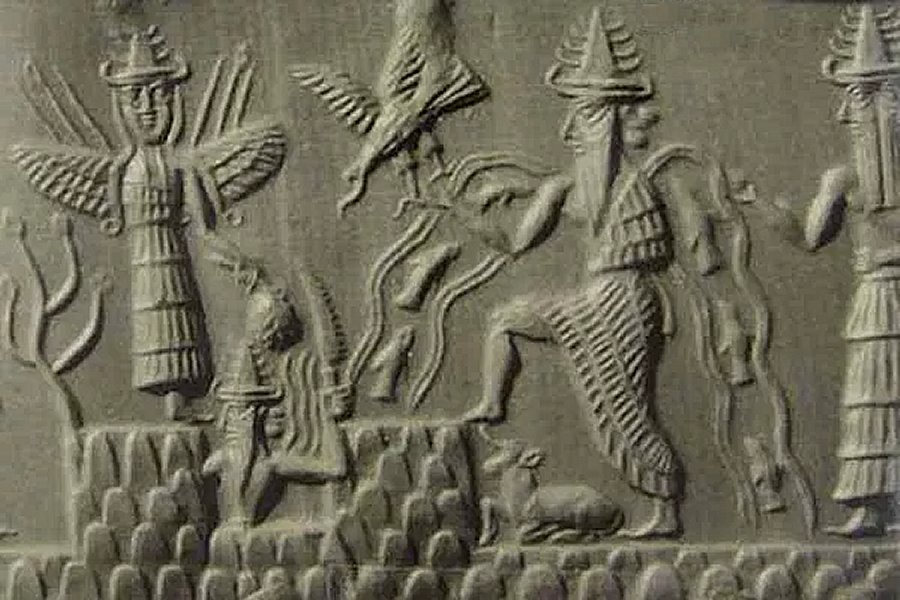 Also known as ‘Eridug’ (‘mighty place’ or ‘guidance place’), Eridu was located in the desert south of the Euphrates, only 12 km southwest from Ur. Today, it is only a group of hills, covered with sand accompanied by a badly preserved ziggurat built by son of Shulgi, Amar-Sin ('immortal moon-god') also known as Nanna, and the third king of the Ur Third Dynasty.

Was The Legendary Tree Of Life Located In The Grove Of Eridu?

Any evidence of earlier inhabitation of Eridu cannot be unearthed because it had been swept away by the Flood.

Eridu was one of the five cities built before the Flood and according to the Sumerian king list, it was the first city to hold kingship. 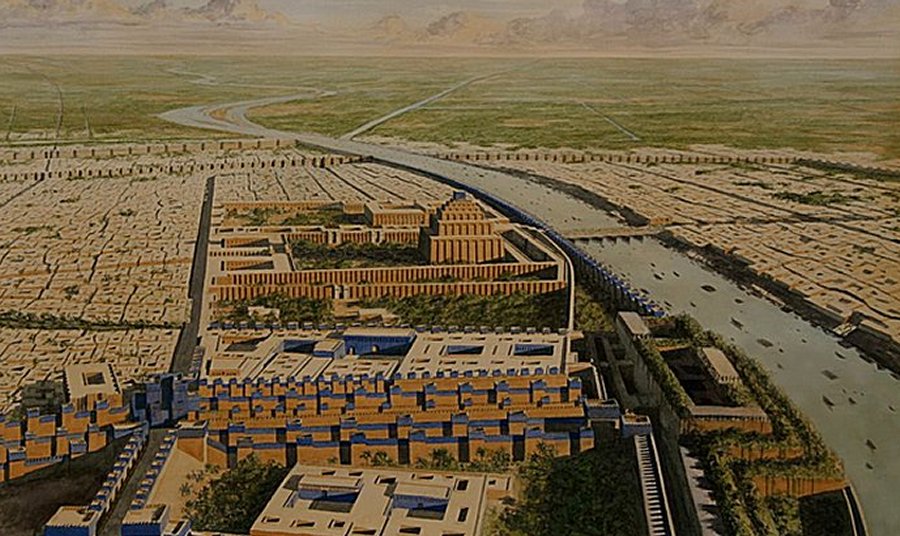 Impression of the Sumerian city of Eridu

Unlike the other cities of Sumer, Eridu was not built on sand and mud but in a valley in close vicinity of the Arabian Desert.

Using stone as a building material, made Eridu distinguished from among all the other cities in Sumer. The raised platform, on which the city and its temple stood, was faced with a massive retaining wall of sandstone originating in neighboring quarries.

Undoubtedly, the city was once connected with the Persian Gulf, which is confirmed by cuneiform tablets describing Eridu as standing "on the shore of the sea".

In “The Lost Book of Enki” Zecharia Sitchin mentions Endubsar, master scribe, son of Eridu city, servant of the lord Enki, great god. Endubsar confirms that “in the seventh year after the Great Calamity, in the second month, on the seventeenth day, I was summoned by my master the Lord Enki, great god, benevolent fashioner of Mankind, omnipotent and merciful. 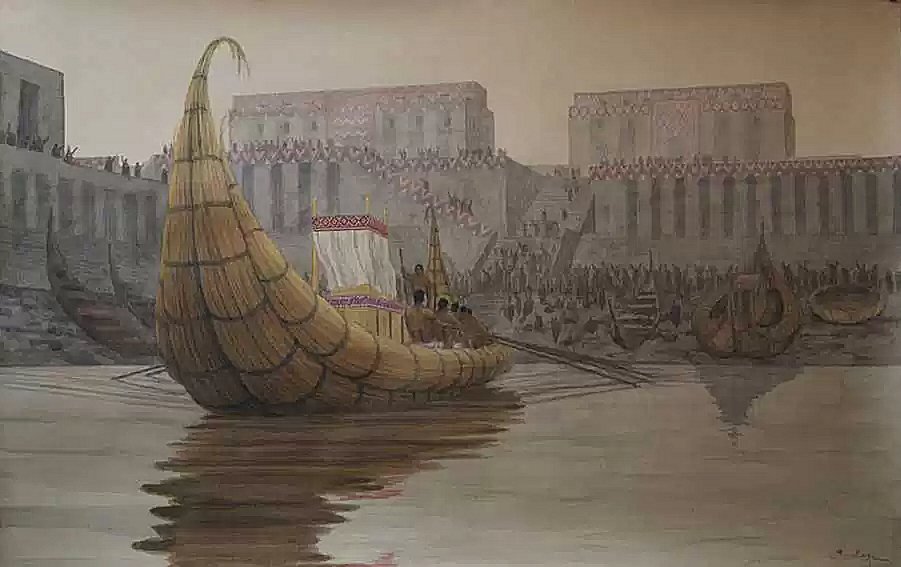 The king list says: "When the kingdom came down from heaven, the kingdom was in Eridu." It also says that the first kings of Eridu were indeed long-lived:

The kingship continued at Bad-tibira ("Fortress of the Smiths"), identified as modern Tell al-Madineh, located in southern Iraq. It was also one of the pre-Flood cities in the Sumerian King List.

At present, the main ruins remaining from the Third Dynasty of the Ur dynasty occupy an area of ​​about 300 x 400 meters. The oldest settlements date back 5500 years old. Earlier traces of the habitation disappeared in the Flood.

In ancient times, there was the sea line near Eridu and the city was a port situated in the freshwater bay. Currently, the coastline of the Persian Gulf is far more south and Eridu is in the desert.

The modern name of the city is Abu Shahrain.