A. Sutherland - AncientPages.com - Sanxingdui are ruins of an ancient Chinese city with traces of a previously unknown culture dated to Bronze Age. The ruins are located in the region of Guanghan City, Sichuan Province. 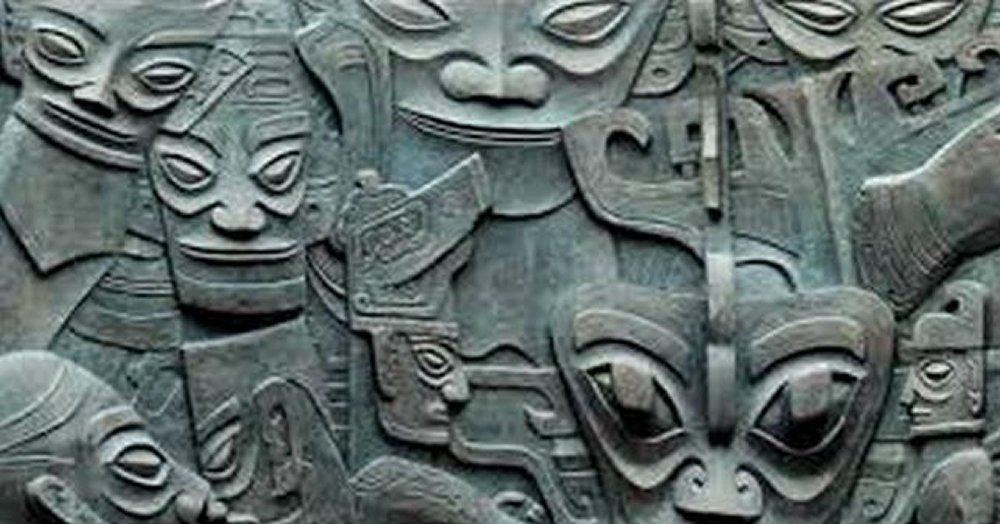 This most remarkable place was first discovered in 1929, when a local farmer accidentally stumbled upon about 400 jade pieces.

The subsequent excavations continued for over a half of century and revealed two rectangular pits filled with gold items, heads, masks, trees, bronze figures, sun shaped wares, bells, decorative dragons, snakes and birds and other most curious relics that no one has ever seen. 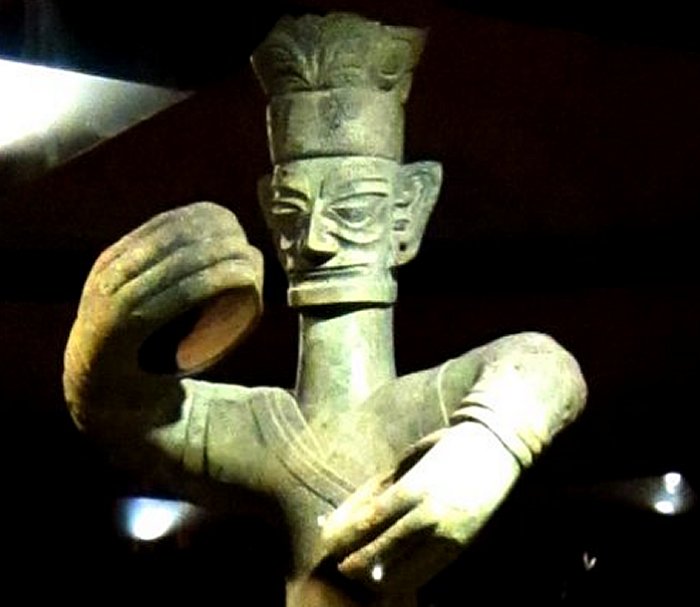 Who were the people of Sanxingdui civilization? Where did they come from?

Altogether 120 mysterious Sanxingdui artifacts are dated from the 12th to 11th centuries BC. None of them was found marked with characters or and no historical records of the Sanxingdui culture have been found in the annals of nearby areas.

Among the artifacts, particularly intriguing are the heads (or masks), which do not appear to be human or even animal. They have very sharp features, exceptionally protruding eyes and exaggerated ears and noses. 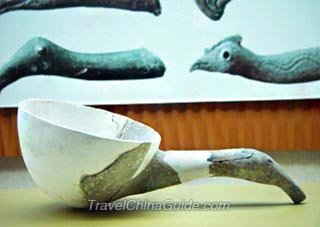 Some masks portray the eyeballs sticking out of the mask like pillars.

Today, it is known that great legacy of Sanxingdui cannot be entirely associated with the ancient kingdom of Shu, as it was previously thought.

Only few references regarding the Shu kingdom exist in the early historical records of China until the 4th century BC. The Shu kingdom was subjugated by the state of Qin in 316 BC. 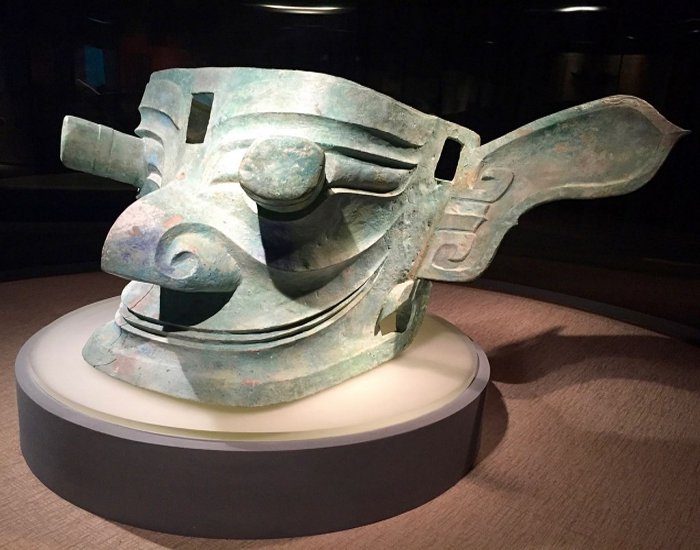 Bronze head (138 cm bred) with protruding eyes believed to be a depiction of Cancong, the semi-legendary first king of Shu. Image credit: Wikipedia

The mysterious Sanxingdui existed in this region much earlier, which was confirmed by recent archaeological excavations. But still many archaeologists suggested the Sanxingdui culture to be part of the ancient kingdom of Shu.

Who were the people of Sanxingdui civilization? Where did they come from?

According to the "Chronicles of Huayang" dated to the Jin Dynasty (265-420), the Shu kingdom was founded by Cancong. Cancong was described as having protruding eyes, a feature that is found in the figures of Sanxingdui. Other eye-shaped objects were also found which might suggest worship of the eyes. 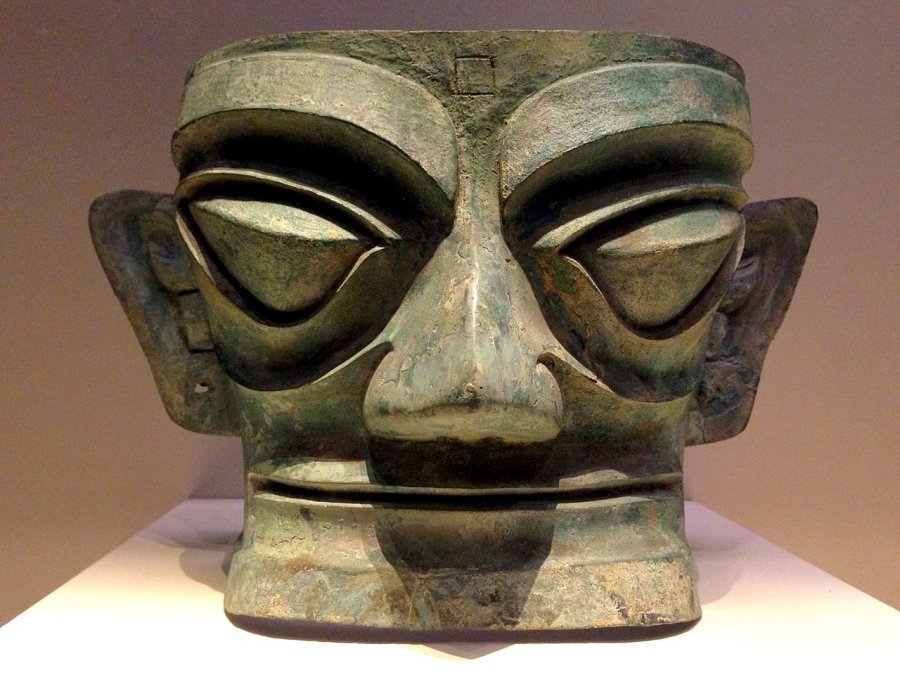 Ancient Chinese myth says that Cancong was the mythical founder of the ancient Shu kingdom and the first ancestor of Shu kings. He taught techniques of silk production. His name means: Can – “silkworm” and cong means: “cluster”.

His appearance was strange, his eyes, for example, bulged in an upright position, which demonstrated his extraordinary powers. He was always seen in green clothes so he was called “Green God” or “God in Green Clothes”.

A. P. Underhill, A Companion to Chinese Archaeology