A. Sutherland - AncientPages.com - One of the most perplexing ancient Chinese artifacts ever discovered is the jade cong that offers evidence our ancestors were familiar with advanced ancient technology. The purpose and function of the jade cong are still unknown.

A cong is an enigmatic form of ancient Chinese jade artifact. Archaeological discoveries reveal the earliest form of cong was produced by the Liangzhu culture (3400-2250 BC). 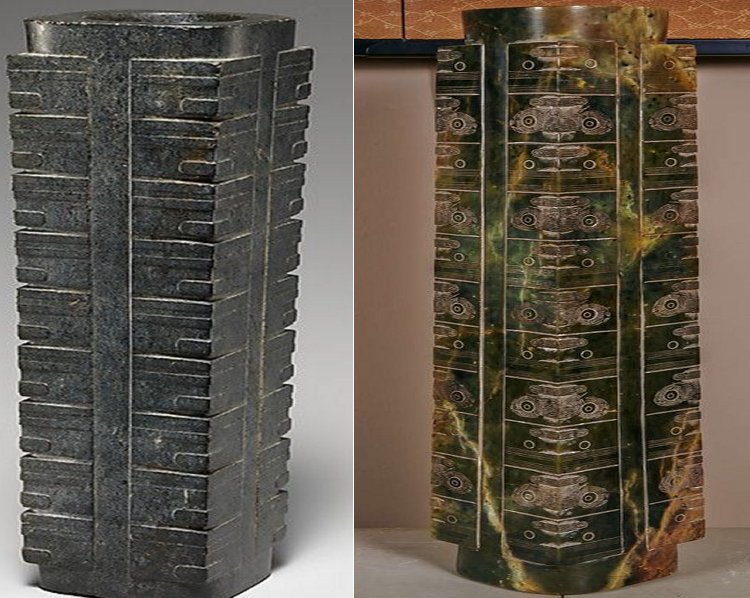 The jade cong must have been of great importance to the ancient Chinese and other civilizations in the country continued to manufacture the artifact. Several sophisticated examples of the cong appeared during the Shang (1600-c.1046 BC) and Zhou (1046 - 256 BC) dynasties.

Why the Liangzhu culture manufactured the jade cong in unknown.

The Liangzhu people inhabited the Jiangsu province of China, during the third millennium B.C. Archaeologists have unearthed many amazing objects in royal tombs, palaces and workshops.

Unfortunately, Liangzhu people did not have a system of writing. This mean that there are no records that can shed light on their ancient culture, their historic events, leaders and religious beliefs.

Without written records, the meaning of jade objects, the significance of their shapes, decorations, as well as their purpose and function in the society, remain still unknown.

What kind of sophisticated technology was involved in the production of jade cong?

Was it perhaps an advanced drilling process that is essentially identical to the drilling process we use today? If true, it would be amazing because this Neolithic production of cong took plac in 3400-2250 BC, about 5,000 years ago. 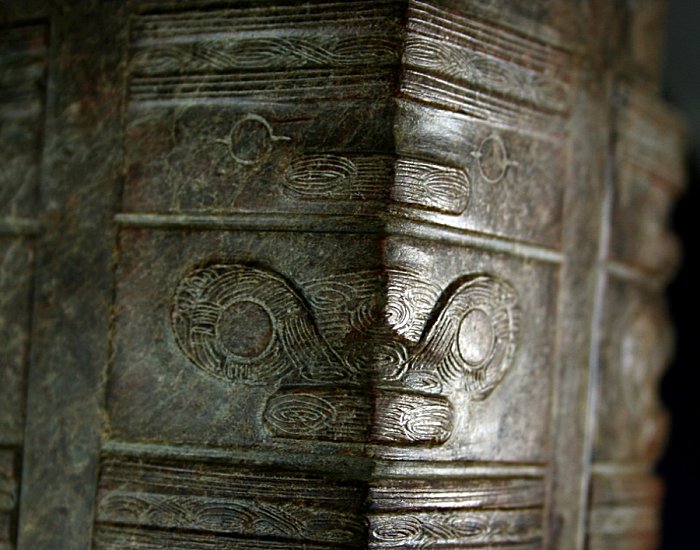 “Some holes may have been cut using a stone gouge with the jade held on a rotating turntable. This method is thought to have been employed at a Bronze Age workshop in northern Vietnam,” writes D. Hatcher Childress in his book “Ancient Technology in Peru and Bolivia”.

An x-ray of one of the very tall cong shows that “a hole was made from each end using a combination of large and small drills. The arc-shaped mark was cut with a thick grinding wheel. This drill, like the others, was tubular. The two holes meet halfway along the length of the cong but they were misaligned, barely joining.

The grinding wheel that made the arc-shaped marks would have been mounted on a rotary lathe..."

Form And Decorations Of Jade Cong

A cong is formed as a tube with a circular inner section and squarish outer section.

The outer surface is divided horizontally or vertically that the whole defines a hollow cylinder embedded in a partial rectangular block.  A cong was produced in various sizes, shapes and with different decorations. 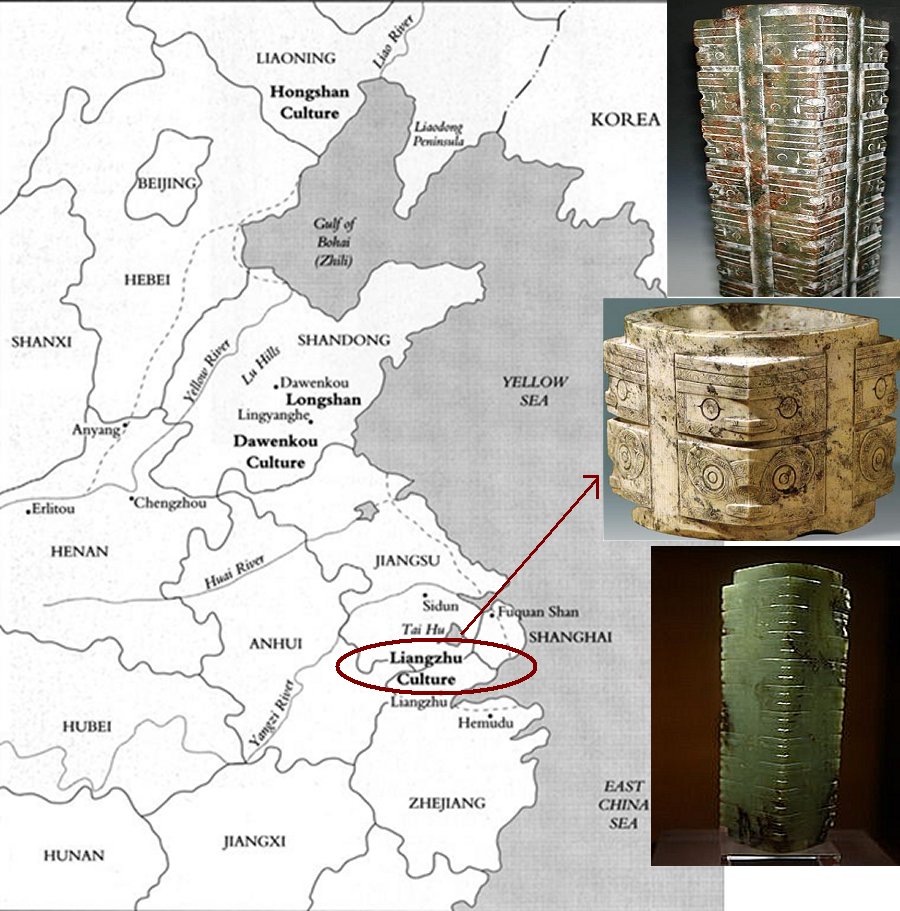 Sometimes, a jade cong may be squat or taller than it is wide. The outer faces are sometimes decorated with mask-like faces, which may be related to the "taotie",  a motif found on later Chinese ritual bronze vessels dated the Shang and Zhou dynasty.

Jade Cong And Its Unknown Function And Purpose

One of the most intriguing aspects of this ancient artifact relates to its unknown function and purpose.

Congs shaped as a square tube with a circular hole are among the most impressive yet enigmatic of all ancient Chinese jades. Their function and meaning are completely unknown. The main motif used to decorate them was a simplified monster face pattern, which fitted around the square-sectioned corners. The cong was decorated with circles some assume to be depiction of eyes that were only occasionally visible.

What was the symbolisms behind the eyes? Researchers are still unable to answer that question.

China has been the leading producer of jade objects for over 5,000 years.

Jade is a very hard mineral. Most jade does not have a color and translucence that is expected in a gemstone. However, when early people found these special pieces of jade, they were often inspired into crafting them into a special and sometimes sacred object.

Jade is a durable, colorful material that can be worked into shapes and given a high polish. These properties make it a very desirable gemstone. Jade has been used to make a variety of jewelry items such as pendants, necklaces, rings, bracelets, earrings, beads, cabochons, tumbled stones, and other items.

These jewelry items are often made of solid jade, combined with other gems, or placed in settings made from gold, silver, or other precious metals. In addition to jewelry, jade is used to make small sculptures, ornaments, religious art, and small functional objects.

Although the Chinese produced several jade artifacts and many of them have been discovered, however, almost nothing is known about the role, jade cong played in ancient times.