AncientPages.com - Archaeologists have found a carefully carved toy in form of a wooden boat with a raised prow like a proud Viking ship, and a hole in the middle where a mast could have been stepped.

The artifact was found in the old well excavated in a small farm in Ørland on the coast of central Norway, in the summer of 2016 and is dated to 1153 AD. 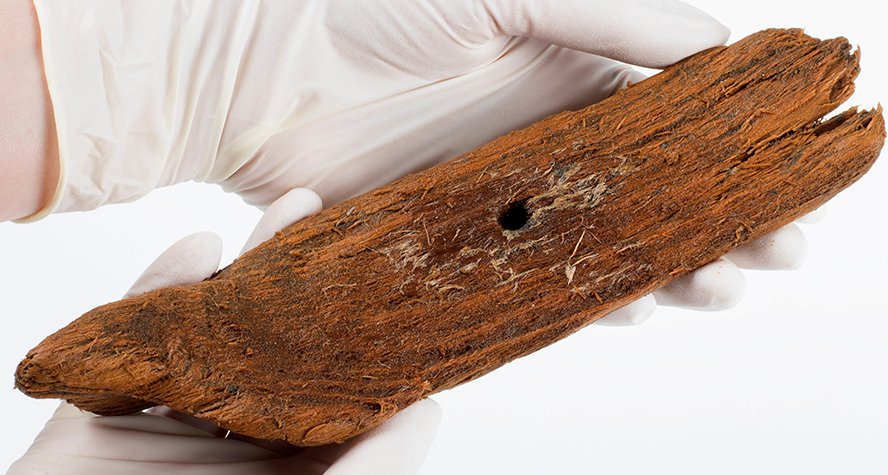 A carved toy, a wooden boat with a raised prow like a proud Viking ship, and a hole in the middle where a mast could have been stepped. Photo: Åge Hojem, NTNU University Museum

"This toy boat says something about the people who lived here," said Ulf Fransson, an archaeologist at the Norwegian University of Science and Technology's (NTNU) University Museum.

"First of all, it is not so very common that you find something that probably had to do with a child. But it also shows that the children at this farm could play, that they had permission to do something other than work in the fields or help around the farm."

Finding a 1000-year-old Scandinavian toy boat is not that common, but it's not that uncommon either because boats were among the most technologically advanced objects made in the Middle Ages.

"If you built a Viking ship or a knarr (a type of boat), both children and adults would have thought it was very important, it was very specialized construction," Fransson said. 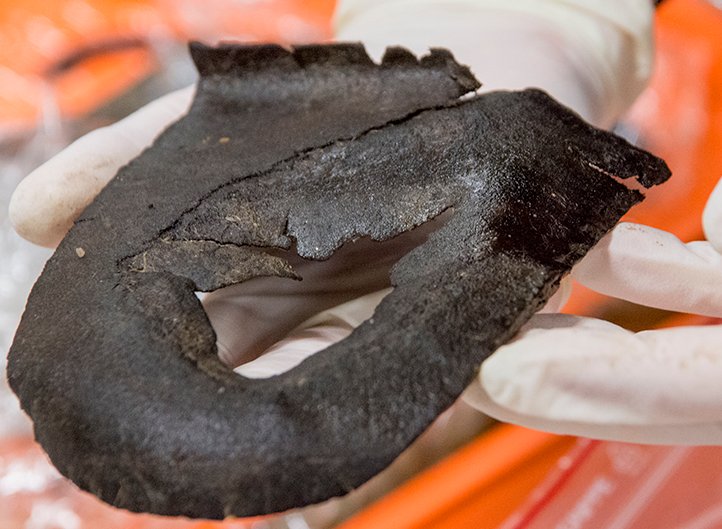 This worn-out sole tells archaeologists that the owner was willing to pay to repair his shoes, since the front of the sole is clearly cut off. The size of the heel suggests the owner was probably male and had fairly large feet. Photo: Åge Hojem, NTNU University Museum

"This is a 'real' boat. You don't have to do this much work to make a toy for a child," Fransson said. Whoever made it "worked to make something that also looked like a boat."

Archaeologists have uncovered traces of seven farms in the area of Ørland , spanning 1500 years, from 500 BC to 1000 AD. Another find unearthed in the soil of Ørland, are very ancient shoes, which according to the radiocarbon dating are contemporaneous with Olav den Hellige," who was king of Norway from 1015 to 1028.

"These were more of an ordinary shoe, a work shoe that they wore every day," Fransson said. One of the shoe pieces that was found was a heel piece from a large sole, with a hole worn through it. The clean-cut front edge of the heel piece shows that "the shoe was worn out and they did repair it." 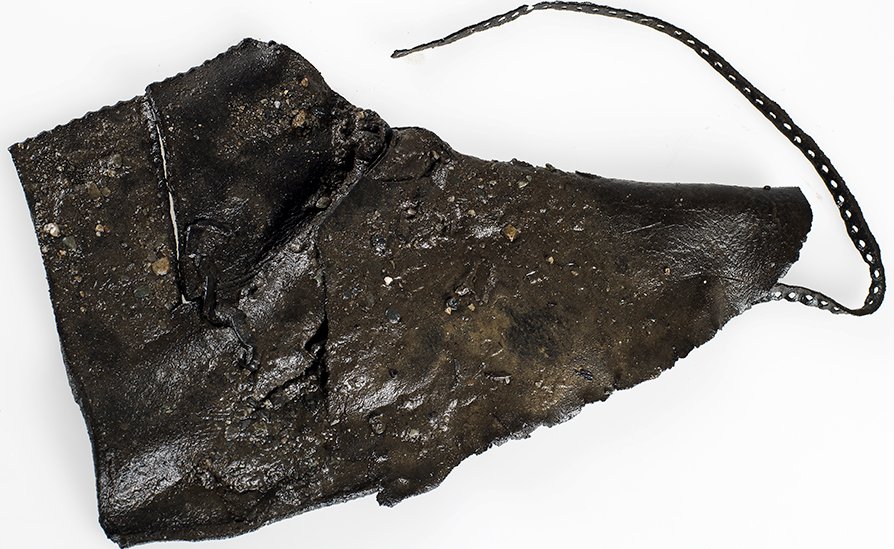 One of the most complete shoes from this time period found at the Ørland site. Photo: Åge Hojem, NTNU University Museum

But because the researchers found much of a whole shoe, "that tells me that they weren't that poor either, because they had the means to throw (a whole shoe) out," he said.

The shoe had been cut to fit the individual's foot and probably fit reasonably well, Randerz said, but people today probably would find it thin, cold and slippery.

"They might have stuffed the shoes with grass, and worn thick wool socks, but they were definitely not warm or dry," she said, studying the shoe. "It says a little about what it was like to walk in their shoes."