A.Sutherland  - AncientPages.com - A shape-shifting mythical water bird, Boobrie, is a huge, black creature flying through the water and haunting lakes and salt-water wells.

In Scottish Highlands, there are many legends of this strange, gigantic bird with webbed feet, at the end of short legs, black wings, claws that resemble human hands and black eyes with a very unnerving and piercing stare, capable to drive a person looking at these eyes – insane.

The Boobrie’s home is in the lochs of Argyllshire, of the west coast of Scotland. 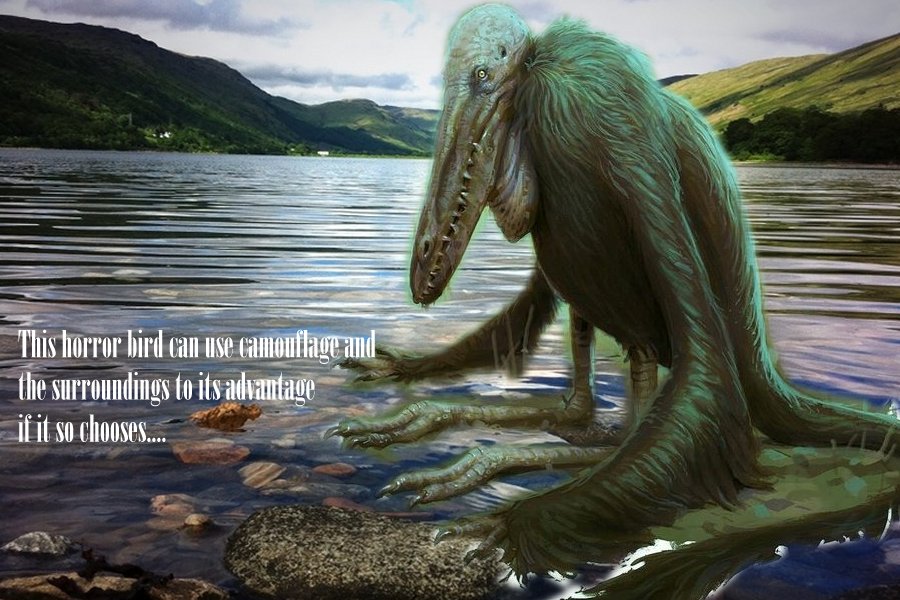 This rather malevolent creature is not any fishing bird, but instead preys on cattle and sheep being transported on boats; when hungry enough, it will swallow a large number of otters or other similar animals. It also eats small aquatic creatures such as fish.

Legend Of The Blue Men Of Minch: Were They Mythological Creatures Or Real Men?

In its appearance as a water horse, the bird is able to gallop across the top of lochs as if on solid ground.

During the summer months, it is seen occasionally as a large insect, sucking the blood of horses, otherwise, it resembles a cormorant but it can also appear as various other mythological creatures such as a water bull.

The bellowing sound made by this curious gigantic bird is more like that of a bull than a bird. Its voice can also mimic the sound of a lamb or calf in an attempt to lure an animal and make hunting easier.

If successful, the Boobrie can use its long, strong talons to grab the animal, drag it underwater, and drown it.

The Boobrie likes hunting on the side of Lochs in tall grasses but it also swims and dives into the middle of the large body of water. On land, it is capable to run at faster speeds than any land animal is able to reach.

Whittock, A Brief Guide to Celtic Myths and Legends