AncientPages.com - The largest and most important structure of Chichen Itza is the Kukulkan Temple (also known as ‘The Castle’ – El Castillo). It is the legacy of the Toltec overlords, whose culture had a profound influence on Chichen Itza.

Chichen Itza, located in the north of the Yucatan Peninsula near the city of Valladolid, in Mexico, was one of the most important centers of the Mayan culture. It was founded about the sixth century, probably by the Maya peoples of the Yucatán Peninsula. 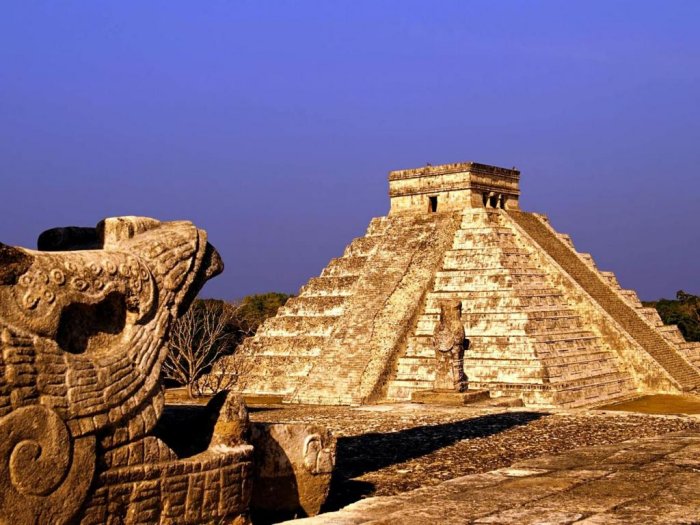 While it is relatively small, it has become one of the most famous pyramids of the world. This is due to the huge elegance, which ensured its symmetry making it even more beautiful.

Pyramid was built in the second half of the eleventh century or in the middle of the twelfth century. Interestingly, in its interior archaeologists discovered the remains of a similar pyramid built about a hundred years earlier.

It has a square base with sides of length 55 m (181 ft) and a height of 30 m (99 ft) and it is therefore, very small compared to the pyramid of Cheops at Giza or the Pyramid of the Sun in Teotihuacan, Mexico.

Each side of the structure’s four sides has 91 steps, leading to the temple on top; along with the temple platform on top as the final “step”, there are totally 365 steps – the number of days in the solar year.

Nine terraces decorated with a meander motif, probably symbolize the writhing snake. On either side of each stairway, the terraces, which make 18 on each face of the pyramid; this equals the number of months in the Maya solar year (each month consisting of 20 days). On the sloping vertical faces of these terraces are 52 empty panels, representing the 52-year Calendar Round cycle required to bring the two Maya calendars. 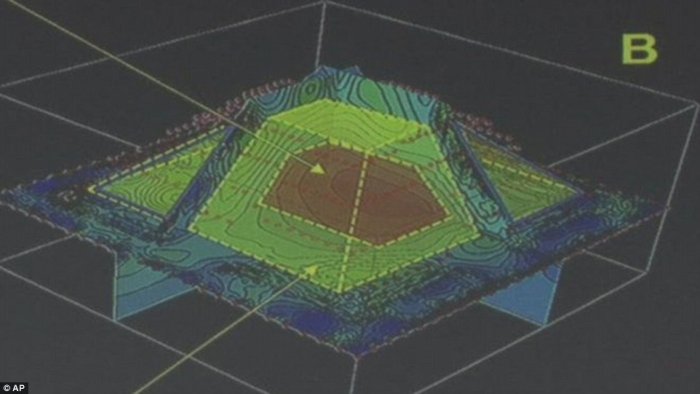 Researchers used 3D imaging techniques to discover the structure, hidden beneath outer layers at the pyramid of Kukulkan at the Mayan ruins of Chichen Itza.

One of them is the heavenly (solar) 365-day calendar and another,  the earthly, 260-day calendar related to rituals, which was most probably derived from the 9-month period of human gestation — into alignment.

Recently, researchers announced the discovery of a 10 m pyramid 10 meters tall (33 feet) inside two other structures that make up the pyramid also known as El Castillo, or the Castle.

During earlier archaeological diggings in the 1930s had already revealed one structure inside the pyramid containing a red jaguar throne decorated with jade.