Bruno was born in Nola, at the foot of Mount Vesuvius, in 1548, and at the age of 17, he joined the convent of San Domenico Maggiore in nearby Naples. 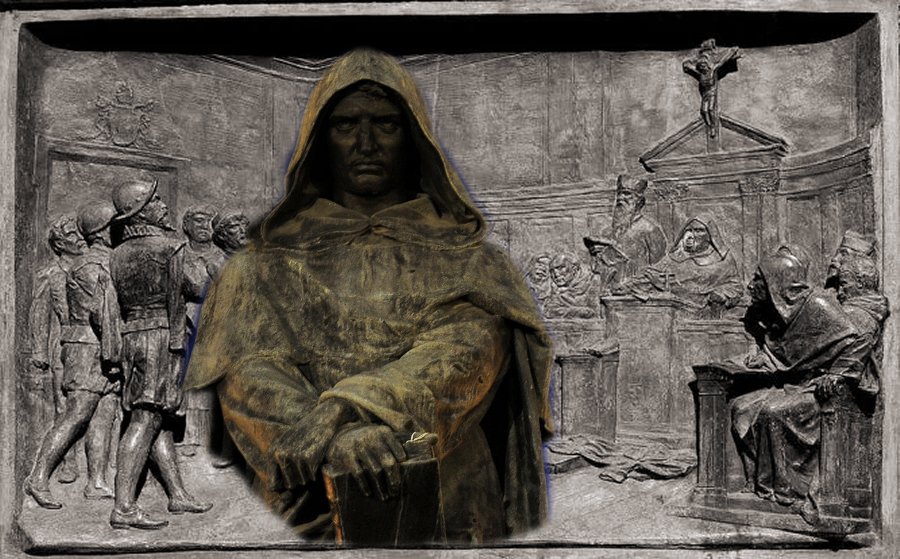 Bruno spent much of his life heralding views that were contrary to those held by the Church. He was also mathematician, philosopher and astrologer. Throughout his life, Bruno supported the Copernican system of astronomy, which placed the sun, not the Earth, at the centre of the solar system.

He opposed the stultifying authority of the Church and refused to withdraw his philosophical beliefs throughout his eight years of imprisonment by the Venetian and Roman Inquisitions.

His cosmological theories were difficult to accept and he was constantly in trouble with his superiors for questioning orthodoxies.

Bruno proposed that the stars were just distant suns surrounded by their own exoplanets; he raised the possibility that these planets could even harbor life of their own. He also insisted that the universe is in fact infinite and could have no celestial body at its “center.”

Beginning in 1593, Bruno was tried for heresy by the Roman Inquisition on several charges, including denial of several most important Catholic doctrines.

The Inquisition found him guilty; he was declared a heretic and finally, in 1600 he was burned at the stake in Rome’s Campo de’ Fiori.