AncientPages.com - Hidden deep in jungle of in Honduras, Central America, there is a mysterious place known as the White City – some call it “Lost City Of The Monkey God.

Discovered in 2012, the “White City” or a “Lost City of the Monkey God”, holds the remains of what would be a previously unknown pre-Columbian civilization. The White City has often been linked to Central American mythology. Some think it was the birthplace of the Aztec god Quetzalcoatl. 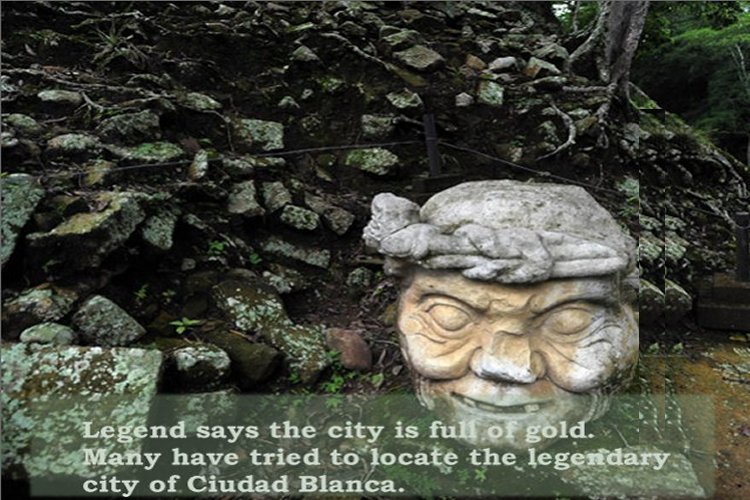 Over the past century, many explorers have searched for the legendary White City.

Legends tell the city was abandoned by residents in 16th century when they thought it was cursed by disease. The area was conquered by Spanish explorers in 1520 who had heard the city contained great wealth, and brought diseases with them.

The rumors of a curse have not stopped countless of curious adventurers to enter the dangerous jungle in search of the legendary ancient city.

One explorer who certainly did not fear any curse is bestselling author Doug Preston who was a member of an expedition that dug through dense jungle growth in late 2015 to reach and explore ruins of Ciudad Blanca – The White City.

The area of the Mosquitia rainforest, where the city is located is very remote, impenetrable and only partly mapped. Some plant specimens in the jungle, for example, can grow to 70 meters high and they don’t make any search easier.

While uncovering the mysteries of a legendary lost city, Preston and his colleagues discovered they had contracted a virulent strain of Leishmaniasis, a disease transferred by sand flies which can eat through the face, and needed urgent hospital treatment. All members of the crew survived the disease unscathed.

“The parasite migrates to the mucous membranes of your mouth and your nose, and basically eats them away,” Mr Preston told CBS News. “Your nose falls off, your lips fall off, and eventually your face becomes a gigantic, open sore. It’s just too dangerous. Getting in and out of the jungle is dangerous.” 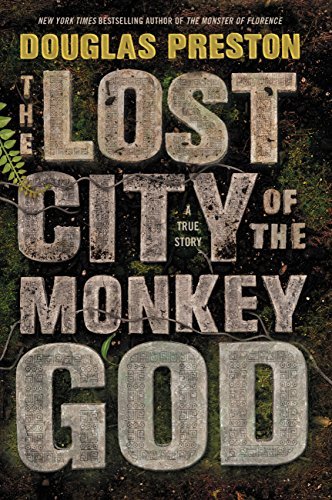 The #1 New York Times bestseller! A five-hundred-year-old legend. An ancient curse. A stunning medical mystery. And a pioneering journey into the unknown heart of the world's densest jungle.

Since the days of conquistador Hernán Cortés, rumors have circulated about a lost city of immense wealth hidden somewhere in the Honduran interior, called the White City or the Lost City of the Monkey God. Indigenous tribes speak of ancestors who fled there to escape the Spanish invaders, and they warn that anyone who enters this sacred city will fall ill and die. In 1940, swashbuckling journalist Theodore Morde returned from the rainforest with hundreds of artifacts and an electrifying story of having found the Lost City of the Monkey God-but then committed suicide without revealing its location.

Three quarters of a century later, bestselling author Doug Preston joined a team of scientists on a groundbreaking new quest. In 2012 he climbed aboard a rickety, single-engine plane carrying the machine that would change everything: lidar, a highly advanced, classified technology that could map the terrain under the densest rainforest canopy. In an unexplored valley ringed by steep mountains, that flight revealed the unmistakable image of a sprawling metropolis, tantalizing evidence of not just an undiscovered city but an enigmatic, lost civilization.

Venturing into this raw, treacherous, but breathtakingly beautiful wilderness to confirm the discovery, Preston and the team battled torrential rains, quickmud, disease-carrying insects, jaguars, and deadly snakes. But it wasn't until they returned that tragedy struck: Preston and others found they had contracted in the ruins a horrifying, sometimes lethal-and incurable-disease.

Suspenseful and shocking, filled with colorful history, hair-raising adventure, and dramatic twists of fortune, THE LOST CITY OF THE MONKEY GOD is the absolutely true, eyewitness account of one of the great discoveries of the twenty-first century. Read more

Still, Preston certainly does not regret his dangerous adventure.

“I would never trade that experience for anything,” Preston said. “It was so powerful.”

“The legend is there was a great city in the mountains that was struck by a series of catastrophes, and the inhabitants thought the gods were angry at them, and [they] left, leaving all their belongings behind,” Preston said.

There are many ancient mysteries hidden in the jungle of La Mosquitia.

With help of LIDAR technology researchers could scan hundreds of square miles of dense jungle in a matter of days. 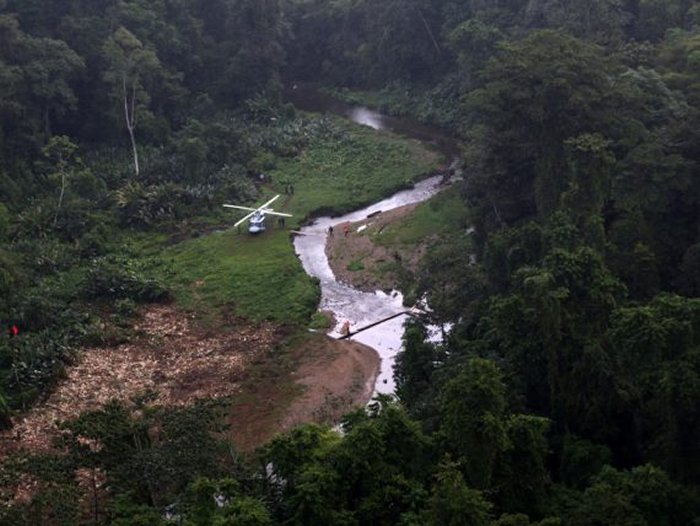 “They were either man-made or the world’s most intelligent gophers were out there, doing things they’d never done before,” said documentary filmmaker Bill Benenson.

In January last year, the excavation site was visited by Honduran President Juan Orlando Hernández, who said: "We are blessed to be alive at such a special time in Honduran history. This discovery has created a lot of excitement because of its significance for Honduras and the world."

Artifacts excavated from the ruins will be displayed in a museum in the municipality of Catacamas.