AncientPages.com - Our ancestors were aware of how dangerous natural calamities can be. The Harappan civilization that inhabited the Indus Valley several thousand years ago was familiar with ancient tsunamis. 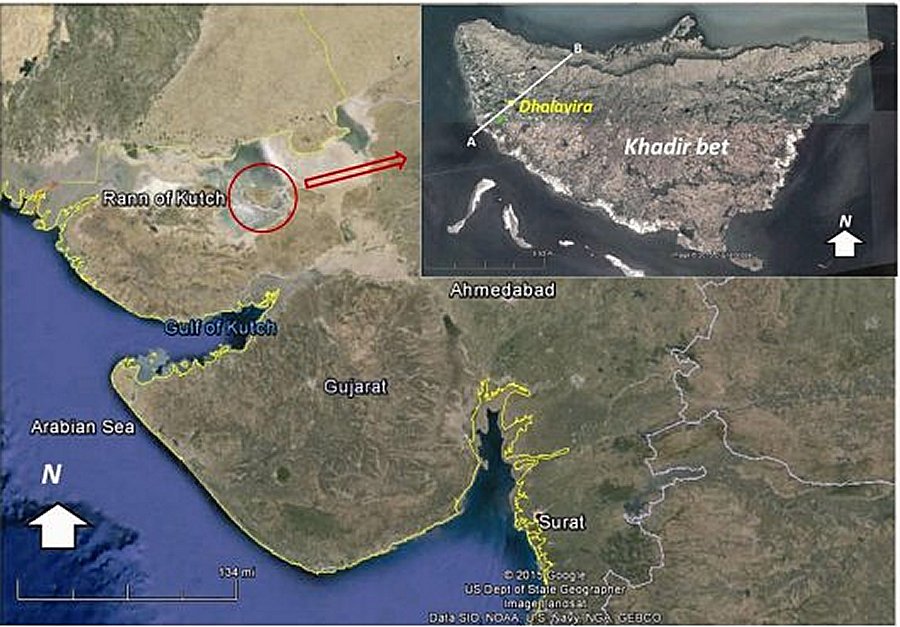 Location map of Dholavira, Gujarat, India (image modified from Google Earth). A–B is the line along which elevation has been measured in the study. Image credit: National Institute of Oceanography (NIO)

Scientists have found evidence that 5,000 years ago, these ancient people took measure to protect themselves from high sea waves caused by an earthquake or other disturbance.

According to scientists from the National Institute of Oceanography (NIO) in Goa, India, Dholavira, the second-largest Harappan settlement known in India offers evidence people deliberately built extremely thick protective walls to protect themselves from tsunami.

The massive walls found at Dholavira with maximum wall thickness of up to 18 m are extraordinary. The site consists of a castle, a middle town and a lower town confined within massive walls, "making it a unique fortified settlement". The presence of extremely thick protective walls thus implies that the Dholavirans were probably aware of the magnitude of destruction caused by tsunami waves and severe storms, says the report.

This particular area is prone to tsunami-like events, and many devastating catastrophes have happened in the past. 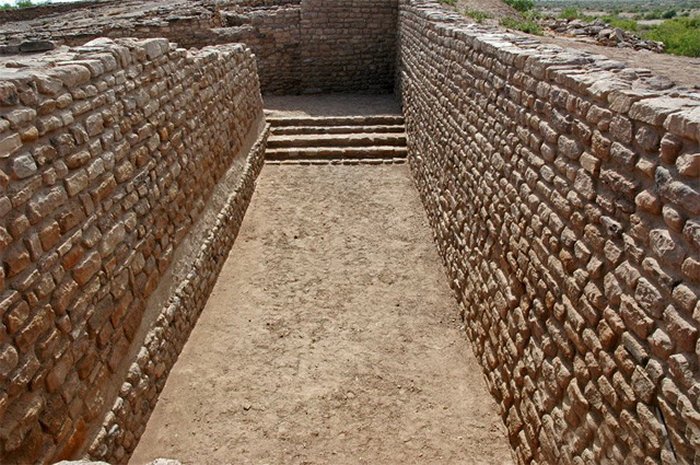 There is traditional history of tsunami waves and strong storms hitting the Gujarat coast and Harappan Indians were aware of this threat and knew they had to construct protection in order to survive.

The fortalice style of Harappan architecture is also evident at a few other sites, such as Kalibangan, Banawali, Rakhigarhi, Harappa and Lothal.

The mysterious Mohenjo-daro civilization was very advanced and prosperous. Its people  used technology and constructed buildings that were unique to the ancient world. Perhaps the unique walls constructed by the Harappan civilization were a result of knowledge these two ancient civilizations might have shared.