A. Sutherland - AncientPages.com - Just as in ancient Egypt, music played a very important role in Assyria and Babylonia. While the Egyptians believed that music was the voice of god, according to the Akkadian and the Babylonian beliefs, music was the domain of gods.

Most music for the Babylonian people was instrumental but there was also some singing. 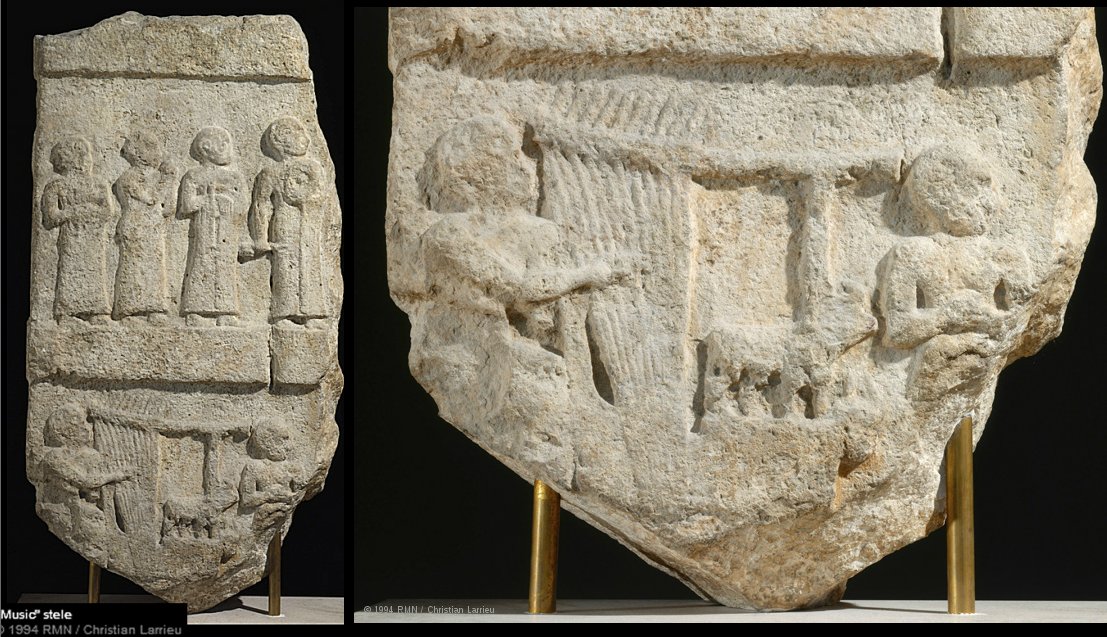 This ancient “Stele of Music” depicts ‘King Gudea of Lagash’ carrying a peg and cord and followed by figures probably representing his princely heir and two priests. Image credits: Louvre

The Babylonians had a habit to use music as a supplement to the chanting of an important verse, singing of liturgical poems or the telling of a story. Music was not only used for religious and foundation ceremonies but for entertainment as well.

The most used instruments included the drum, the harp, the reed flute, the lyre and the trumpet.

This ancient “Stele of Music” depicts ‘King Gudea of Lagash’ carrying a peg and cord and followed by figures probably representing his princely heir and two priests. 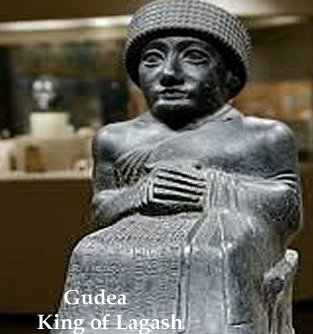 They prepare to lay out the plan of a sanctuary of Ningirsu, a son of Enlil and the patron deity of the ancient Sumerian city of Girsu (Lagash).

His name means "Lord of Girsu", and his symbol is the lion-headed eagle.

The foundation ceremony is accompanied by music on the lyre, of which sound box is decorated with a bull.

The limestone “Music Stele”  was unearthed  at Telloh (ancient Girsu),  and was dated to the second dynasty of Lagash, during the reign of Gudea (ca 2100 BC).

The stele represents the tradition of Neo-Sumerian art, which - unlike that of the preceding period of the warlike exploits of the rulers of Akkad – shows the powerful ruler Gudea engaged in peaceful activities in his land.

Several inscriptions mention temples built by Gudea in Uruk, Nippur, Adab, Ur and highlight Gudea’s achievements regarding the building of irrigation channels and the creation of valuable gifts to the gods.

The artifact is also one of representations of musicians, usually depicted in the banquet scenes, which decorated  cylinder seals and perforated plaques dated to the early 3rd millennium BC .

G. Algaze, Ancient Mesopotamia at the Dawn of Civilization