AncientPages.com - Needless to say the first bathrooms were far from what we are used to in modern times, but the history of bathrooms is thousands of years old and can be traced to ancient Scotland.

Around 8,000 B.C. inhabitants of the Orkney Islands built the first latrine-like plumbing systems for carrying wastes away from the home. 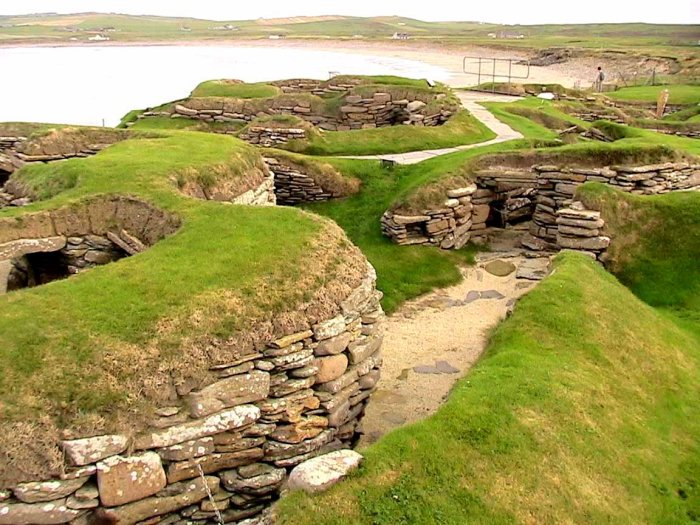 A series of crude drains led from stone huts to streams, enabling people to relieve themselves indoors instead of outside. Archaeologists have discovered what some consider to be Stone Age toilets on Skara Brae.

Located on the Bay of Skaill on the west coast of Mainland, the main island of the Orkney Islands, Skara Brae is Europe's most complete Neolithic village.

The houses in Skara Brae are about 40 square meters in size and contain what are believed to be some of the earliest examples we have found so far of indoor toilets. 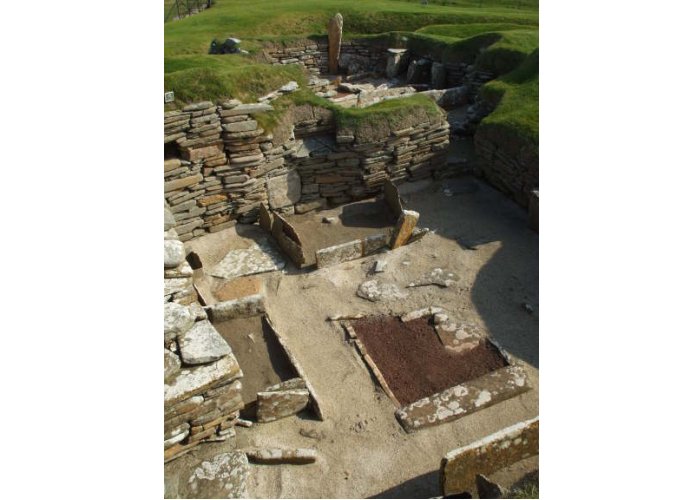 Each dwelling was entered through a low doorway that had a stone slab door that could be closed "by a bar that slid in bar-holes cut in the stone door jambs. At the center of the Skara Brae dwellings was a stone hearth that was most likely used for cooking and heating.

The sleeping compartments or bed boxes were formed from thin slabs of stone extending up at least knee-high. Every room had a bed box on each of the other two sides of the main room, at left and right as you enter.

Soap Was Invented In 2800 B.C By Babylonians

A sophisticated drainage system was incorporated into the village's design. It included a primitive form of toilet in each dwelling.

Around 3,000 B.C. people in ancient India started to build homes with private bathrooms.

Archaeologists excavating in the Indus River Valley, Pakistan unearthed private as well as public baths with terra-cotta pipes encased in brickwork, with taps to control water flow. The most sophisticated early bathrooms belonged to the royal Minoan families in the palace at Knossos on Crete. 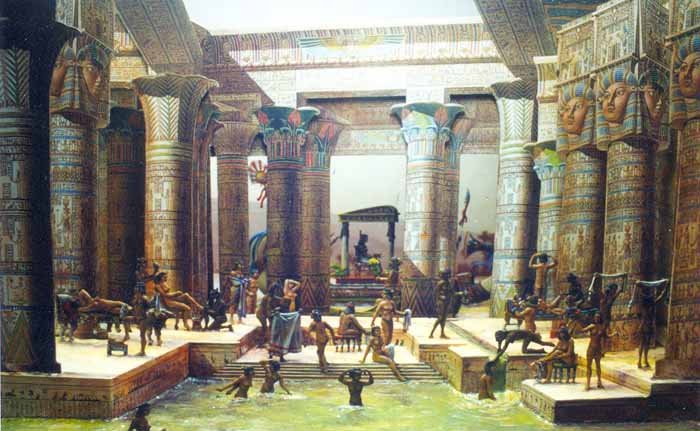 By 2000 B.C., Minoan nobility luxuriated in bathtubs filled and emptied by vertical stone pipes cemented at their joints. Eventually, these were replaced by glazed pottery pipes that provided both hot and cold water and removed drainage waste from the royal palace. The Minoans also had the first a flush toilet.