AncientPages.com - On November 25, 885, the Vikings laid siege to Paris. The Siege of Paris of 885-86 was part of a Viking raid on the Seine, in the Kingdom of the West Franks.

It was a turning point for the history of France; the city's walls would hold against the Vikings' greatest attacking force in the siege. 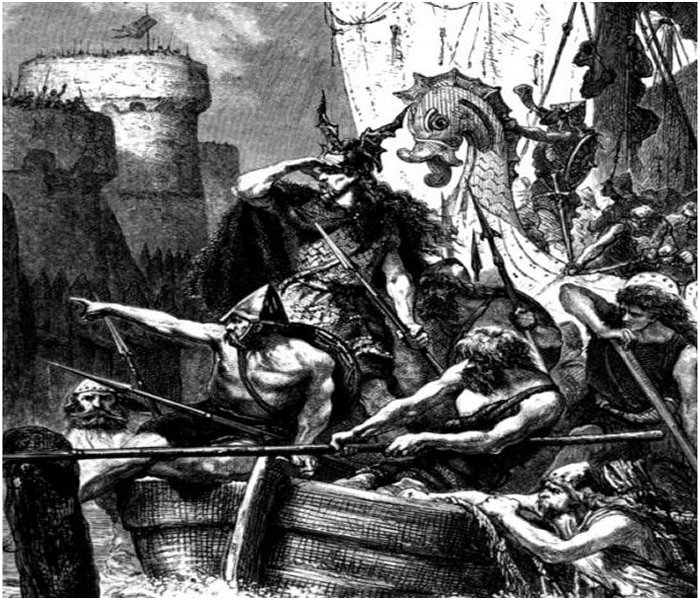 It was also the most important historical event during the reign of Charles the Fat (also known as Charles III), the Carolingian Emperor from 881 to 888. It also proved to the Franks the strategic importance of Paris, at a time when it also was one of the largest cities in France.

After the death of Charlemagne in 814, in the kingdom of the Franks there were many internal problems, which led to the weakening of the state in the face of threats from the outside.

The Danes immediately took advantage of the situation and organized several looting expeditions to the Kingdom of the Franks. The Vikings came with hundreds of ships, and possibly tens of thousands of men; they arrived outside Paris, at first demanding tribute.

The tribute was denied by Odo, Count of Paris, despite the fact that he could assemble only a couple of hundred soldiers to defend the city. The Vikings attacked with a variety of siege engines, but failed to break through the city walls after some days of intense attacks.

The siege was upheld after the initial attacks, for many months thereafter but without any significant offence. As the siege went on, most of the Vikings left Paris to pillage further upriver. Their final,  unsuccessful attempt to take the city took place during the summer, and in October,
Charles the Fat arrived with his army.

The Parisians had fought for a long time to defend the city; now they became very disappointed because Charles stopped short of attacking the Viking besiegers, and instead allowed them to sail further up the Seine to raid Burgundy (which was in revolt). He also promised to pay 700 livres (257 kg) of silver.

He was highly criticized by Odo, who tried his best to defy the promises of Charles, and when Charles died in 888, Odo was elected the first non-Carolingian king of the Franks.