A. Sutherland - AncientPages.com - Thor was a very popular deity particularly in Iceland and the western part of Norway; there existed several complex rituals related to him and when Christianity began to spread in these parts of Europe, it was not easy to eliminate deep roots of rituals and the cult of Thor. 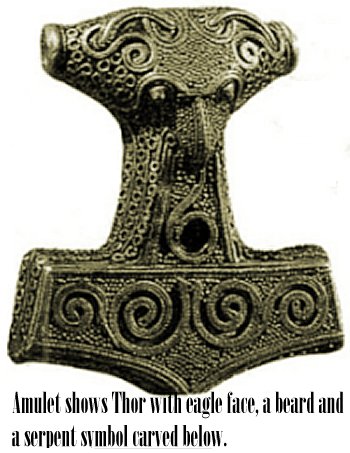 Thor (called ‘Asa-Thor’ or ‘Ouka Thor’), was a brave and righteous god who mastered storms and lightning, fought giants threatening him and upheld the order of the world.

Thor’s hammer was frequently depicted on boundary stones, carved on gravestones, laid in the bride’s lap at weddings or raised over a newborn child.

The Viking people possessed silver hammer amulets, miniature hammers designed to be worn as pendants that symbolized their veneration of Thor, the most powerful of the gods and guardian of those who farmed the land.

This protective aspect of Thor is mentioned in Snorri Sturluson’s tales in the ‘Prose Edda’ and in the same way described by the German chronicler Adam of Bremen, who lived and worked during the 11th century.

On the wagon drawn by two goats (Tanngniostr and Tanngrisnir), or just walking, Thor, entered Jötunheimr, the home of the fearful giants, armed with his beloved hammer, Mjölnir, iron gloves, a magic belt called ‘Megingiard’ and a mighty magical iron staff Gríðarvölr, so he could kill the giant Geirröd. 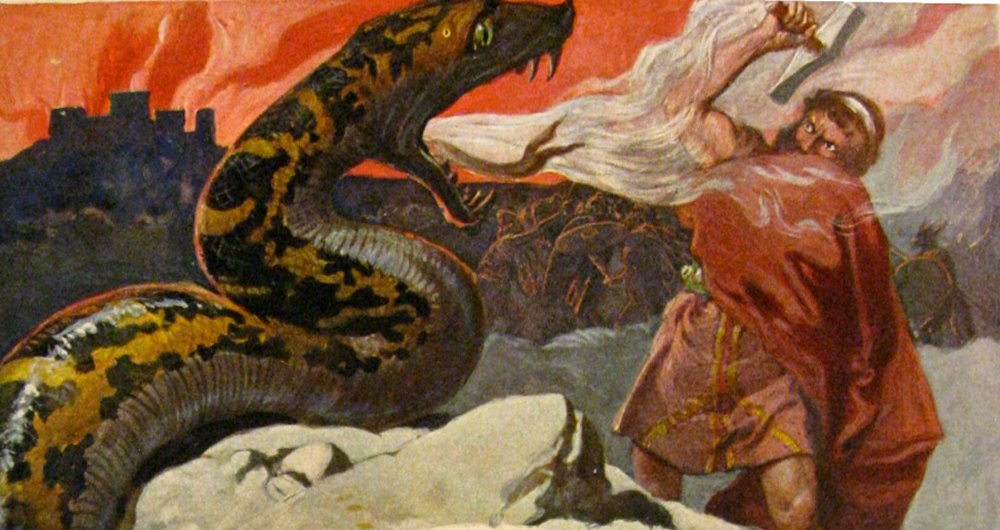 Thor and the Midgard Serpent by Emil Doepler (1905)

He spread destruction and death in Jötunheimr because his most important duty was to protect Asgard against the giants. This formidable weapon could crush everything on its way and afterward immediately return to his hand.

Considered invincible, Thor liked to chase giants and demons and kill them with Mjölnir, but this strong and brave god was vulnerable without his hammer, stolen one day by the giants, persistent enemies of the gods. 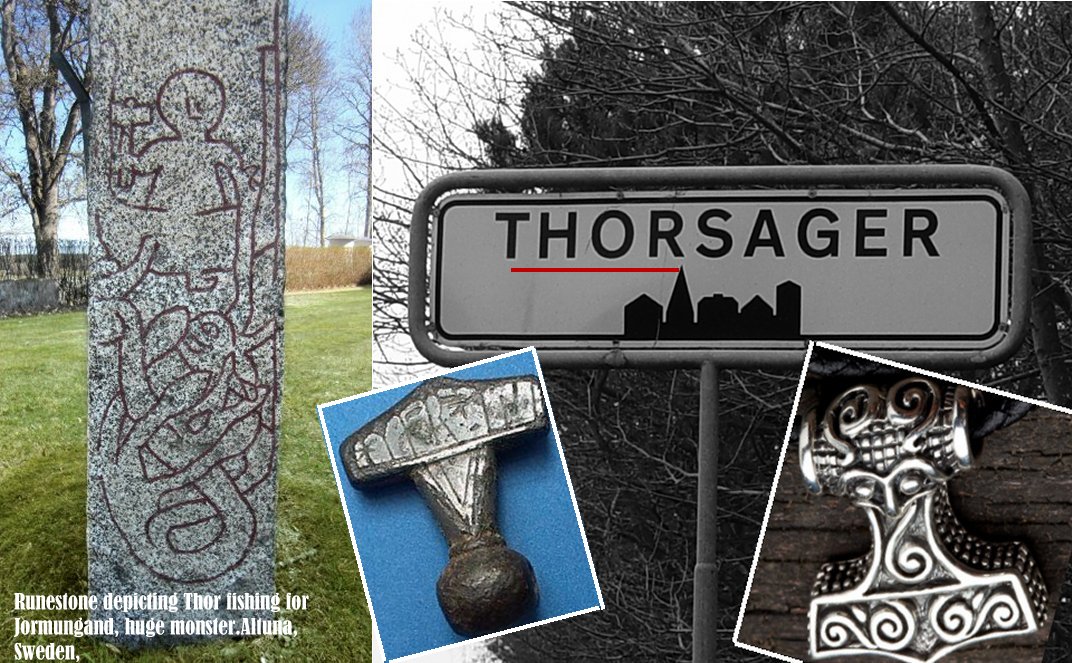 He had two palaces in Asgard: Thrudheim ("World of strength" in Old Norse) and Bilskirnir (Old Norse "lightning-crack"), the largest building of Asgard with 540 chambers, where he lived with his family.

Thor’s widespread popularity has been demonstrated in many ways, especially his name was popularized abroad by the Vikings, who gave names to their settlements often related to ‘Thor’. 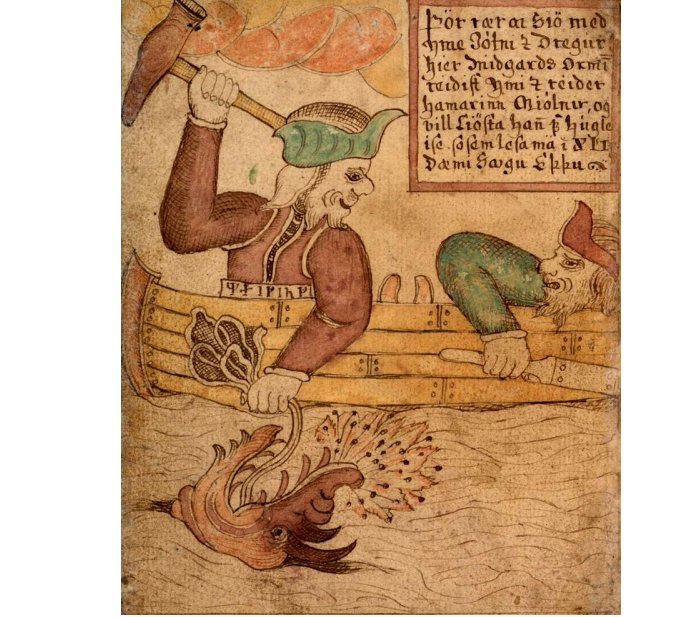 Thor goes fishing for the Midgard Serpent in this picture from an 18th-century Icelandic manuscript. Image via Wikipedia

Especially, Iceland has many harbors and headlands with Thor-related names like Thorsness and Thorshofn. In Denmark, there is a town known as Thorsager (Danish for "Thor's Acre" a reference to the Norse god Thor.) Popular, are also Nordic names Thor, Thorgrim, Thorsten. ‘Thursday’ is the day named after this great god and Torsdag (in Danish, Norwegian, and Swedish ) is the day named after god Thor  - in English ‘Thursday.

Carvings in places as far apart as Altuna in Sweden and Gosforth, England, illustrate Thor’s deeds; legends tell about his encounters with the world’s serpent Midgardsorm. One recounts how Thor went fishing and baited his hook with the head of an ox and managed to catch the serpent on his line.