A. Sutherland - AncientPages.com - Wilhelm Tell was a Swiss national hero who symbolizes the struggle for political and individual freedom.

The scene depicting the hero shooting an apple off his son’s head, is probably known to everyone. 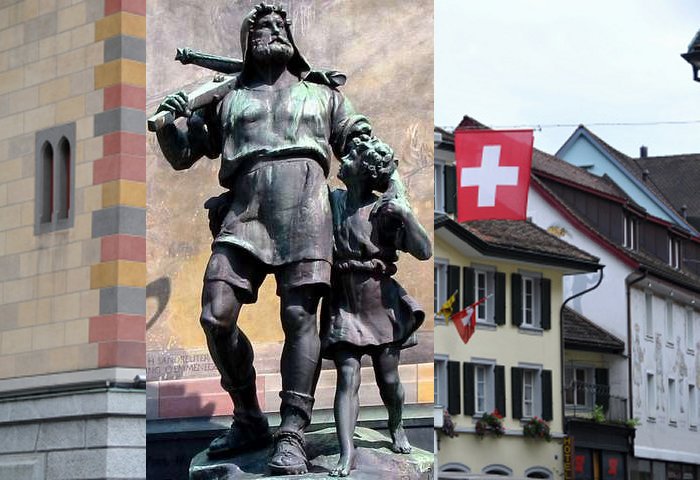 Monument of the Swiss Hero and Patriot with his son.

The father pulls the string, checks the wind, aims and releases the bolt. The arrow flies whistled only millimeters over the head of his son and pierces red autumn apple.

Tell breathes a sigh of relief but he also knows: he will never forgive the Austrians.

The event took place on November 18, 1307, according to a widespread urban legend, mentioned in books dating back to the late fifteenth century. Tell, a famous mountaineer and crossbowman, was a resident from Bürglen in the canton of Uri, whose capital was in the city of Altdorf, Switzerland. 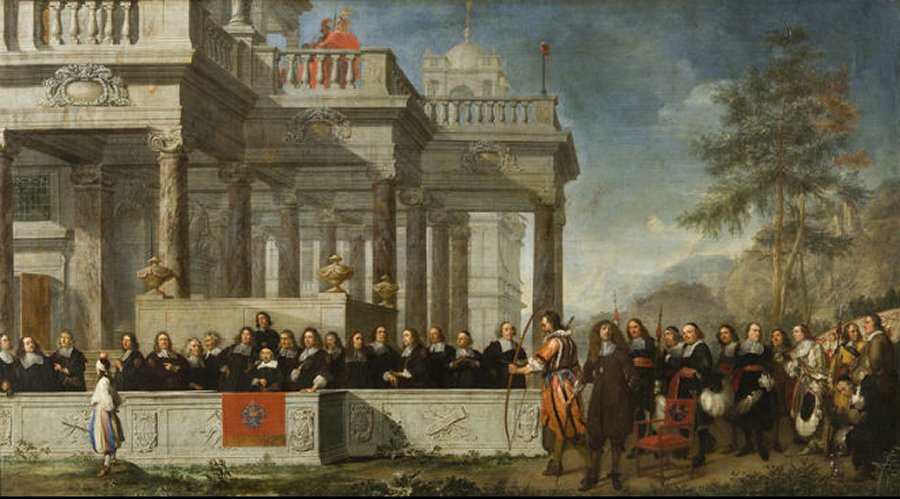 The brave Swiss patriot, Tell lived during the 13th and early 14th centuries, when his country was not unified yet, but a conglomeration of small states under Habsburg feudal rule.

Hermann Gessler, the Austrian governor and colonial overlord was an unpopular figure. He sought to humiliate the residents of Altdorf, so he ordered to erect a tall pole in the town square, at the top of which would be displayed his hat -  a symbol of power of the Habsburg.

Every Swiss man who entered the square would be obliged to pay fealty to a cruel tyrant Gessler, and the foreign imperial power he represented, by bowing before his cap.

The famous crossbowman disobeyed Austrian authority; he refused to pay homage to a Habsburg liege, and was forced to submit to the test of marksmanship.

He had to shoot an apple from his son’s head; the test was dangerous and very humiliating, but Tell won it.

When the governor asked, why Tell had a second bolt in the quiver, the Swiss replied that "… second arrow was for you, if the first had wounded my boy…"

Tyrannic ruler had Tell arrested again, going against his word of freedom, and transported across Lake Lucerne. 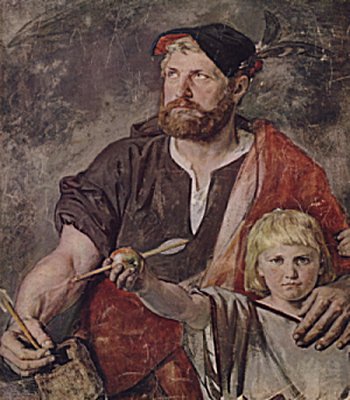 A sudden storm allowed Tell to escape or he was secretly released during the transport to the fortress. Later, the patriot Tell killed Gessler, the tyrant of the city of Altdorf,  which was the beginning of uprising against the Habsburg power in the cantons. It was also the Swiss first and crucial step in its struggle toward the independent Swiss Confederation.

There have been many comparisons of the Tell legend with the stories of Palnatoke, legendary Danish hero and other legends of a migration from Sweden to Switzerland during the Middle Ages.

However, it is difficult to trace any historical source concerning the Swiss, Wilhelm Tell. In 1470,  a chronicle named the "White Book of Sarnen" reports the legend for the first time and the classic and very beautiful story appeared in the standard history book ‘Chronicon Helveticum’ (1734–36)by Aegidius Tschudi.