Ellen Lloyd - AncientPages.com - He murdered his rival in a Church and was excommunicated by the Pope. He became the King of Scots and fought one of the most significant battles in English and Scottish history.

He was a target of manhunt and had to hide in the Highlands.  His family members were captured, humiliated and executed by the English king. Inspired by a spider, Robert the Bruce gained new strength and returned back to seek revenge…

This is the story of the mighty King of Scots - Robert the Bruce. 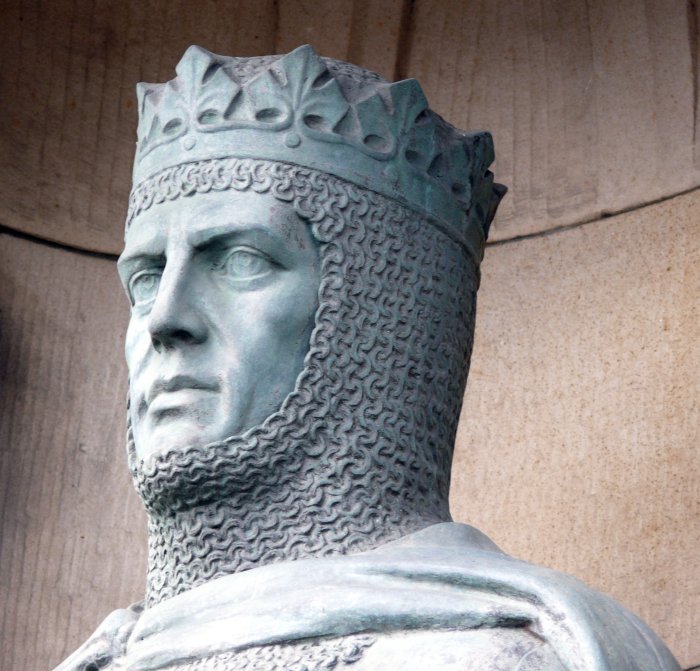 Robert I, popularly known as Robert the Bruce was born on July 11, 1274. He was one of the greatest Scottish heroes and reigned as the King of Scots until his death in 1329.

Born at Turnberry Castle into the Scottish nobility, Robert the Bruce was a Scottish National hero, who led Scotland during the Wars of Scottish Independence against the English, claiming the Scottish throne in 1306 as the fourth great-grandson of David I of Scotland. He was the king who lived to see Scotland as an Independent Nation.

Robert the Bruce family were not native Scots. His mother's family was of Scots Gaelic descent and his father, who had come over to England with the army of William the Conqueror had in roots in Normandy. William the Conqueror rewarded Robert the Bruce’s father by granting him lands in Yorkshire, but the family had added to this inheritance by acquiring considerable lands in Huntingdonshire and in Annandale, Scotland. 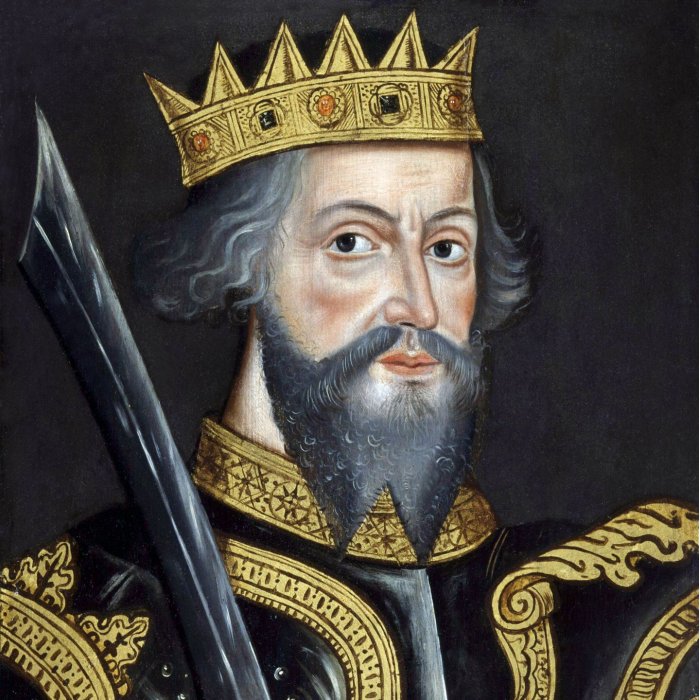 William the Conqueror (1028-87) was the first Norman King of England from Christmas 1066 until his death. He was also Duke of Normandy from 3 July 1035 until his death, under the name William II. Before his conquest of England, he was known as William the Bastard because of the illegitimacy of his birth.

The English king, Edward I, authorized to arbitrate in the dispute, and chose John Balliol to be king, which was not accepted by Bruce and his father. Balliol was considered to be a puppet King, deliberately set up to be manipulated by the formidable Edward and to rule Scotland according to his wishes.

Second Interregnum And A Long Period Of Many Battles

Edward then ruled Scotland as a province of England. Robert the Bruce family decided instead to support King Edward I’s invasion of Scotland in 1296 to force Balliol to abdicate. This led to the Second Interregnum, a period when there was no king in Scotland for ten years, the country was instead ruled by a series of governors. Edward I, who was king of England, sought to take advantage of the situation to bring Scotland under English control.

A long period of diverse battles began and this period of warfare both amongst the Scots and with England, lasted until the 1320s. This period is known as the Wars of Independence (a series of military campaigns fought between the Kingdom of Scotland and the Kingdom of England in the late 13th and early 14th centuries).

Robert the Bruce Murdered His Rival For The Throne

Robert the Bruce's claim to the throne of Scotland derived through his great-grandmother, Isabella, the daughter of David, Earl of Huntingdon, grandson of David I. When Robert's father died in 1304, he made a pact with John Comyn the Red, the nephew of John Balliol, an English baron about the succession to Scotland's throne. 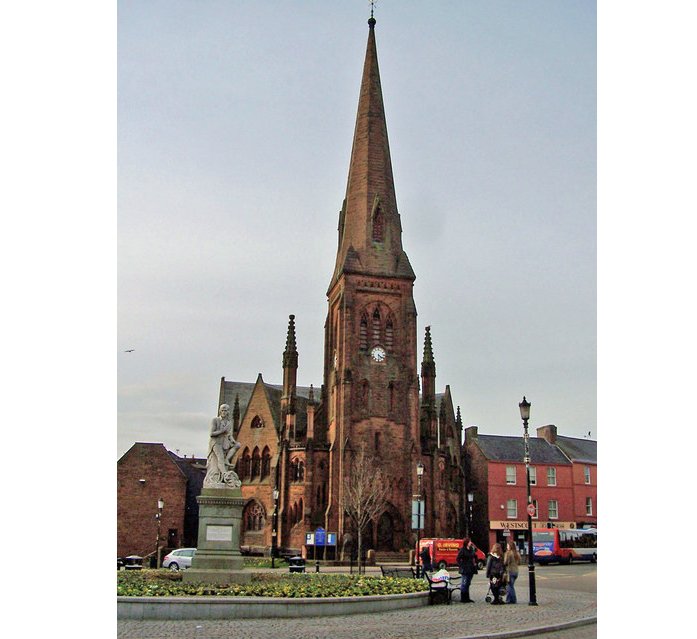 Comyn proceeded to treacherously betray Bruce, by informing the English King of their secret plans, as a result of which, Bruce narrowly escaped capture by the English. He sought revenge and in 1306 at an arranged meeting at the Greyfriars church in Dumfries he murdered his only possible rival for the throne, John Comyn.

The Pope was furious when he learned the killing had taken place within the church itself and Robert the Bruce was excommunicated for this sacrilege. Nevertheless he was crowned King of Scotland a few months later.

Due to continued harassment by Edward II, in 1320, Scottish nobles and churchmen signed the Declaration of Arbroath, declaring Robert as the rightful King of Scotland and the Pope later also agreed and recognized Robert de Bruce as King.

King Robert The Bruce Had To Hide In The Highlands

King Edward I regarded the Bruce's murder of John Comyn a treachery. The English king sent an army north to deal with the renegade. The Scots encountered the English forces and at Methven near Perth, but they lost the battle and victory went to the Englishmen. King Robert the Bruce was now manhunt target and he was forced to seek refuge in the remote Scottish Highlands.

Inspiration Came From A Spider

There, like an injured fox run to ground, he retreated into his lair, a cave where he was famously heartened by watching a persistent spider make six attempts to spin a web along the roof before finally succeeding, which inspired Robert to continue his heroic struggle against English domination. 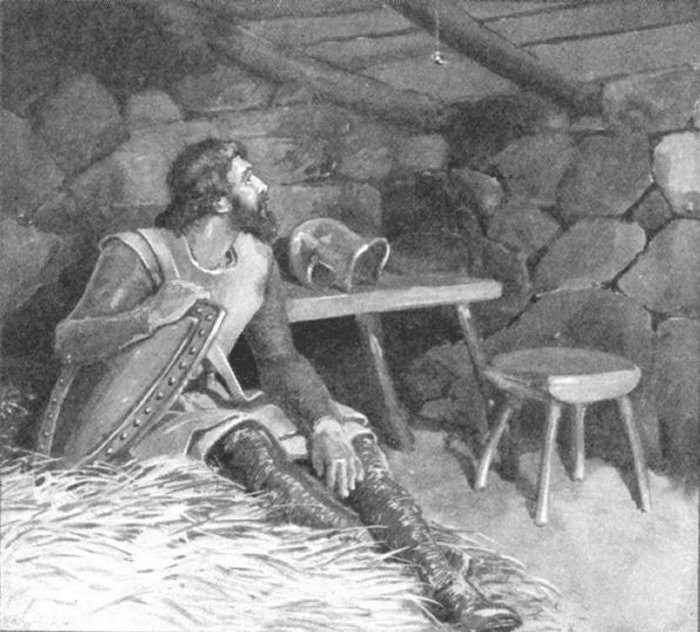 Robert the Bruce gained inspiration from a spider.

King Robert decided to dispatch his family to the Orkney Islands for their greater safety. Elizabeth de Burgh and other members of his family were captured by the English en-route, and taken prisoner. His twelve year old daughter was imprisoned in the Tower and some of the female members of his family, including his sister, Christina, suffered the humiliation of being held suspended in cages in full public view by King Edward. His three younger brothers, Thomas, Alexander and Niall were all executed.

Once again, Robert the Bruce sought revenge and he got it.

In 1307 King Robert the Bruce mounted a surprise attack on the English forces at Carrick. King Edward responded by sending another army north to deal with the rebel Scots. Robert de Bruce again resorted to hiding in the hills and mounted a guerilla war. The determined King Edward I decided to march up to Scotland yet again, to deal with the irksome miscreant Robert the Bruce himself.

However, King Edward I was now aged and ailing. He, died at Burgh-on-Sands, Cumberland and was buried at Westminster Abbey, the mausoleum of the English Kings, with the epitaph 'The Hammer of the Scots'. So determined was he to utterly crush the Scots it was reported that he asked for the flesh to be boiled from his bones and the bones carried with the English armies into Scotland thereafter, a request which was not honored by his son and heir Edward II.

The new English King, Edward II was weak compared to him father. On Mid-Summer's Day, the 24th of June 1314 one of the most important battles in British history occurred - the Battle of Bannockburn. 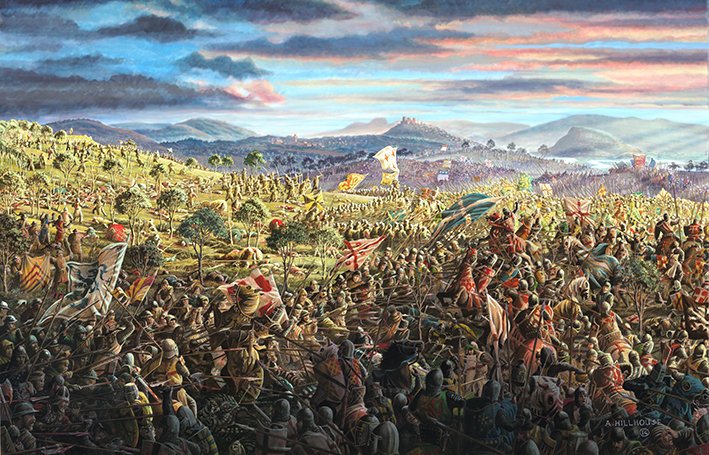 The armies of Robert Bruce heavily outnumbered by their English rivals, but employing tactics that prevented the English army from effectively employing its strength, won a decisive victory at Bannockburn. Scotland was wrenched from English control, its armies free to invade and harass northern England.

Such was Bruce's military successes that he was able to invade Ireland, where his brother Edward had been crowned King by the exuberant Irish. A second expedition carried out by King Edward II north of the border was driven back. King Edward was forced to seek peace.

When Edward II was deposed as king in 1327, the English made peace with Scotland. In May 1328 King Edward III of England signed the Treaty of Edinburgh-Northampton, which recognized Scotland as an independent kingdom. 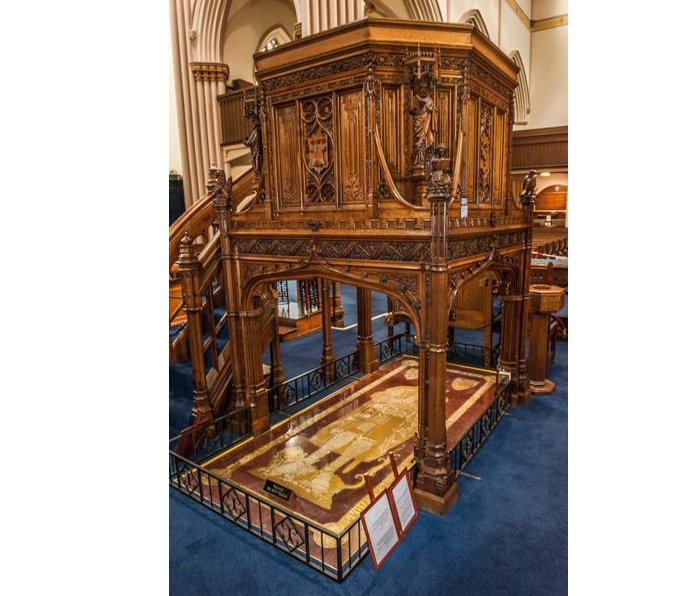 Robert died on 7 June 1329, at the Manor of Cardross, near Dumbarton. His body is buried in Dunfermline Abbey and his heart is buried in Melrose Abbey. His embalmed heart was taken on a crusade to Spain on his request, by Sir James Douglas to fight against the Moors however Douglas was killed during the crusade.

Fortunately, Robert’s heart in its silver casket was returned to Melrose Abbey.

Robert the Bruce has along with Sir William Wallace become a symbol of Scottish resistance to English domination and both are considered great Scottish heroes.

Robert the Bruce: King of Scots by Ronald McNair Scott