AncientPages.com - Ever since the most ancient times, jade has been held sacred throughout the world. Jade has been discovered in ancient tombs. Ancient civilizations decorated figurines of gods with rare green stones. Why was the color green of primordial importance? What was the secret power of jade?

Jade Was Associated With Immortality

Taoist and Buddhist beliefs tell us that a deity called Yuhuang, or the Jade Emperor emerged as the supreme ruler of heaven. The Jade Emperor lived in a palace and was attended by a vast bureaucracy, just like his human counterpart. The only human with whom the Jade Emperor dealt directly was the Emperor of China. What had the supreme leader in common with jade? 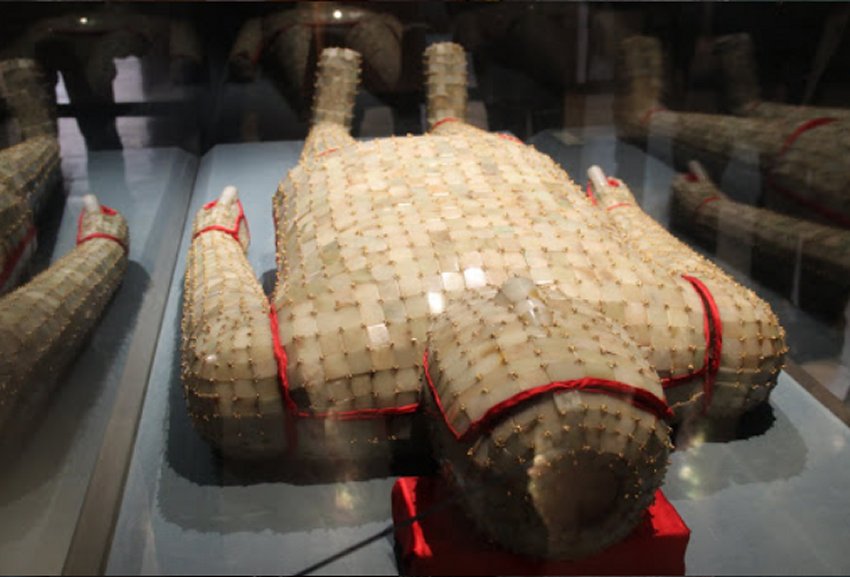 The truth is that in China and India, jade was a substance reserved above all for the gods. Jade was also associated with immortality.

When the Chinese Princess Tou Wan died about 104 B.C., she was buried in a jade suit, through which it was thought she would achieve immortality. Her husband, who died nine years earlier, was dressed in a similar shroud. Both bodies were laid in two chambers cut into the side of a low hill about 150 kilometers from Peking.

It took almost 2,000 years before their tombs were discovered. Archaeologists were stunned when they saw 2,800 funeral offerings that surrounded the bodies. The offerings were intended to ease their passage in the next world. However, the most spectacular sight was the jade suits, each made up of more than 2,000 tiny plates of thin jade, sewn together with gold thread.

It was believed that gold and jade would conquer time and guarantee immortality.

That precious metal and stone survived, but the bodies of the princess and her husband had crumbled to dust.

Jade Was A Gift From The Heavens

In the Orient, jade still symbolizes the Yin and Yang. It represents purity, benevolence, justice and sincerity.

Of course, Asia was not the only continent where jade was held sacred. Among the ancient Indians, jade was regarded as a gift from the heavens.

Kukulcan and Quetzalcoatl, the supreme gods of the ancient Mexicans were traditionally depicted with jade set into their eyes and navel.

Ancient Mexicans were devoted to jade. It was more precious than diamonds and gold. 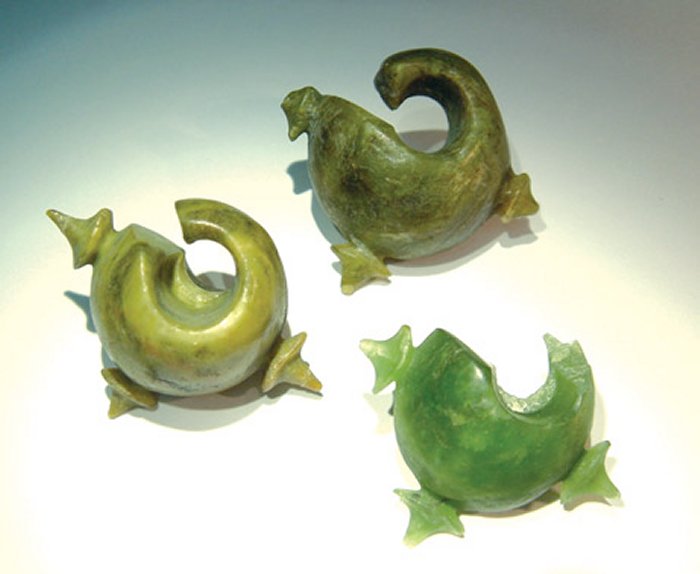 In Mesoamerica, this most precious stone was identified with maze, water, vegetation, and also the sky, life and renewal and rebirth of life.

It was a custom to place small pieces of jade in the mouth of the Mayan ruler Bird Jaguar at his death. The stone was meant to act as the receptacle of the dead ruler’s spirit.

This belief was shared by other ancient cultures. Jade was placed in the tombs and mummies of Egyptian rulers as representatives of the heart.

People of the Southwest Pacific said that to give someone a piece of jade is to give a piece of one’s soul. 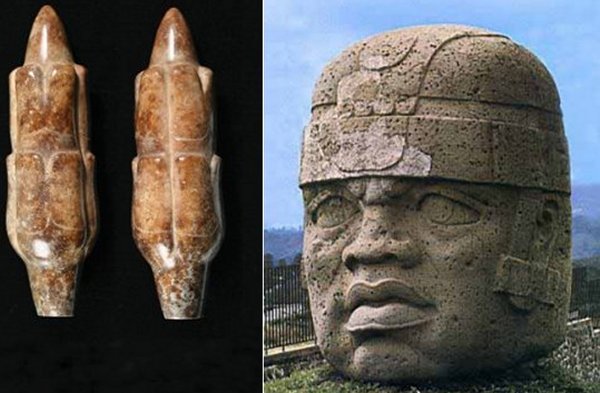 Jade artifact of the Olmecs

According to the Aztec law “no man of low quality might possess jade.” The stone was reserved for the nobility and priests. It was also the most important of offerings found in the sacred Cenoté at Chichen Itzá. “Finding jade was a special talent among the Aztecs, who said that they located it by standing on a hill on a misty morning and watching the vapours rise from the stones. When a certain vapour arose from a stone its nucleus was probably of jade,” writes Peterson Fredrick in his book Ancient Mexico: And introduction to the Pre-Hispanic Cultures

Jade And Its Healing Properties

Throughout the world, jade has been considered to possess certain healing properties.

The Aztecs used jade as a curing stone for internal ailments. With help of jade, they treated spleen, live and kidney diseases,

Also the Greeks and Spaniard regarded jade as a healing stone. The ancient Greeks called it the “kidney stone”, and the Spaniard referred to is as the “colic stone”. 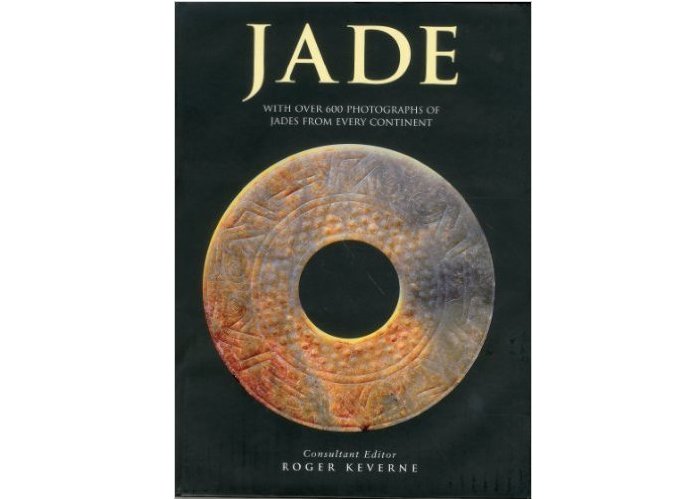 This book is a landmark in the study of jade, as well as the most comprehensive photographic collection yet published. Read more

Jade has played a significant role in folk medicine throughout the history. Today, it is still, at least by some people considered a healing stone.

In America, it was common to wear jade to prevent illness and treat kidney problems. A piece of jade was also often tied around a baby’s neck to prevent colic.

In India, jade was used to treat snakebites. In Greece and Rome, the stone treat people with epilepsy. Ancient Chinese used to boil jade in a mixture with rice and dew water. It served as a cure for many different diseases.