A. Sutherland - AncientPages.com - The Jama-Coaque Culture developed from 500 BC - 500 AD and was named for the modern towns of Jama and Coaque located  in the Manabí Province, in the coastal region of Ecuador 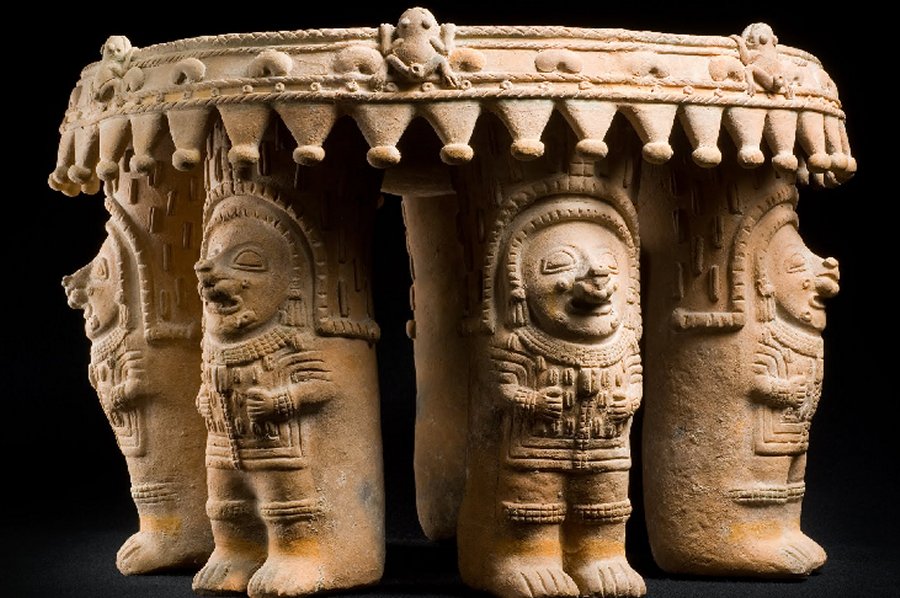 In Jama, a town located in the Manabi Province, archaeological excavations revealed ancient secrets and fascinating heritage of the culture that is now lost.

Jama-Coaque people were very skilled seafarers who used canoes made of balsa wood to navigate the waters of the Pacific Ocean and according to ancient records, they used to organize trade expeditions to Mexico and Chile.

These people were also skilled in textile manufacturing, weaving , and a variety of crafts were practiced including ceramics, metallurgy, woodcarving,  leather working and basketry. 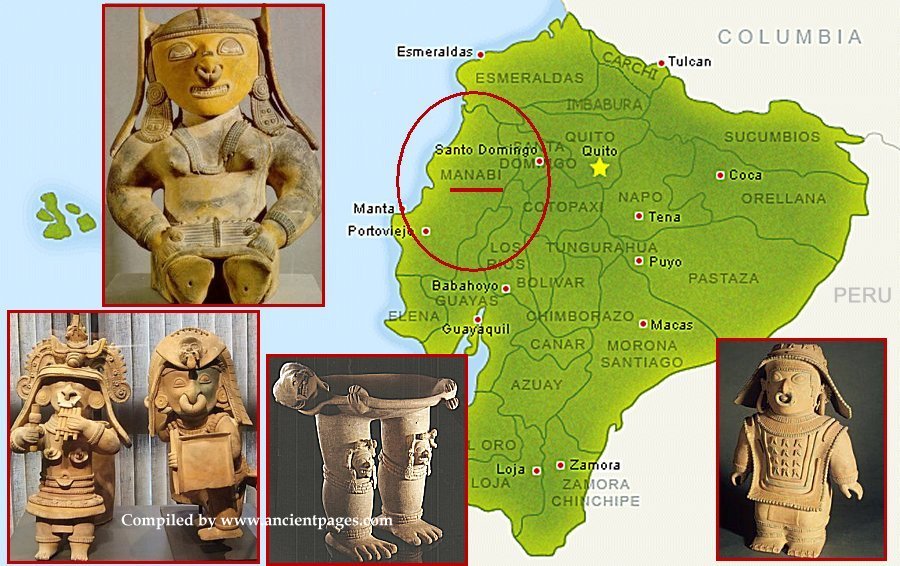 The culture is widely known for its ceramic vessels and creative ornamentation of their mold-made figurines probably created for ritual purposes. These people really loved richly ornamented pottery and produced artifacts depicting hunters, warriors with spectacular headdresses and priests involved in complicated rituals and houses with facades decorated with ornamental moldings. 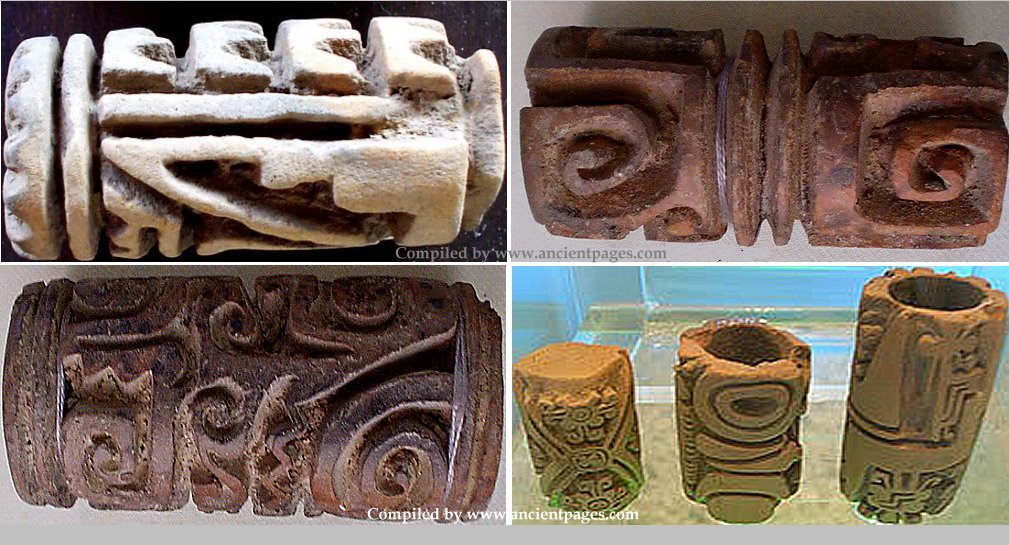 Probably in this particular culture, like no other, there are so many artifacts depicting musicians and dancers, who surely represent the tribe’s ceremonial leaders or shamans, dressed in large and colorful headdresses decorated with birds and agricultural products,and elaborate costumes decorated with animal skins and bird feathers. 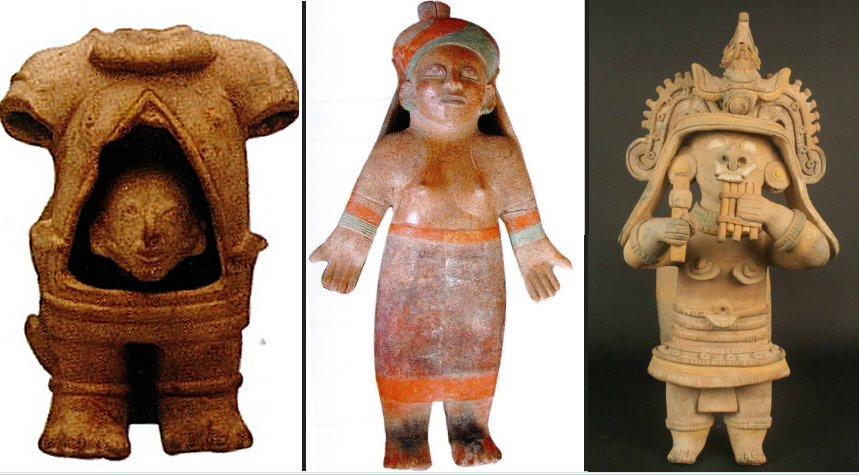 The Jama Coaque pottery enjoys recognized reputation for the quality of its manufacture and undoubtedly, their ceramic artifacts suggest some degree of craft specialization, which means they were not created by occasional artists.

Who the unknown craftsmen were, it is unknown. Archaeological evidence for workshops in the area inhabited by the Jama-Coaque, has not been found.

The Jama-Coaque  culture is among several other Pre-Columbian cultures, which still hold many ancient secrets that have yet to be revealed.