AncientPages.com - On September 4, 476, Emperor Romulus Augustus (461 - 476 AD) who ruled over the Western Roman Empire, was deposed by Odoacer, Germanic warlord.

Romulus Augustus was an illegitimate or controversial claimant to power, which was given to him by his father. There are very few details about his life and reign. He was proclaimed as emperor by his father Orestes, the magister militum (master of soldiers) of the Roman army after forcing Emperor Julius Nepos to leave Italy. 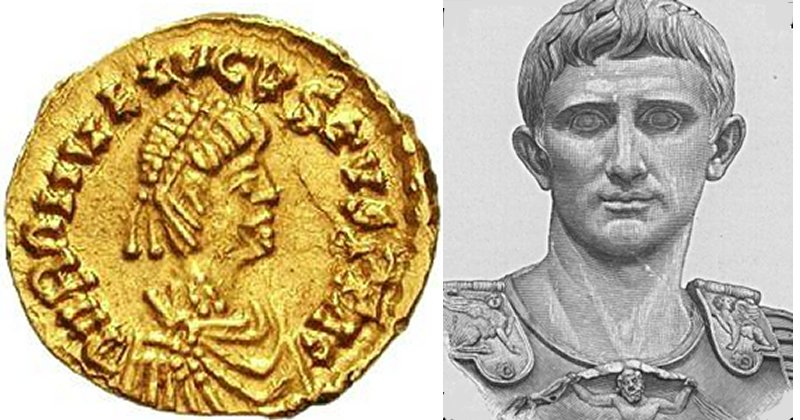 Romulus, little more than a child, acted as a figurehead for his father's rule and reigned for only ten months.

His legitimacy and authority were disputed beyond Italy. In the year 476, Odoacer, Germanic warlord, forced Romulus Augustus to abdicate and abandon the title of Emperor.

Odoacer executed Orestes and sent Romulus to live in the Castellum Lucullanum in Campania, after which he disappeared from the historical records.

Odoacer did not take the title for himself – in fact, he declared himself a client of Julius Nepos. The last Roman emperor was therefore Julius Nepos, who was probably killed in 480.

Romulus’ deposition by Odoacer is a historical event that marks the fall of ancient Rome, the end of the Western Roman Empire, and the beginning of the Middle Ages in Western Europe.