A. Sutherland - AncientPages.com - Will we ever solve the mystery of California's maze stones?

A mysterious prehistoric maze stone is located on a hill west of the city of Hemet, in the San Jacinto Valley in Riverside County, California, approximately 90 miles southeast of Los Angeles.

It is a maze-like prehistoric carving in a rock, of which purpose has never been explained. It was discovered in 1914 and it dates back to at least 2000 BC. 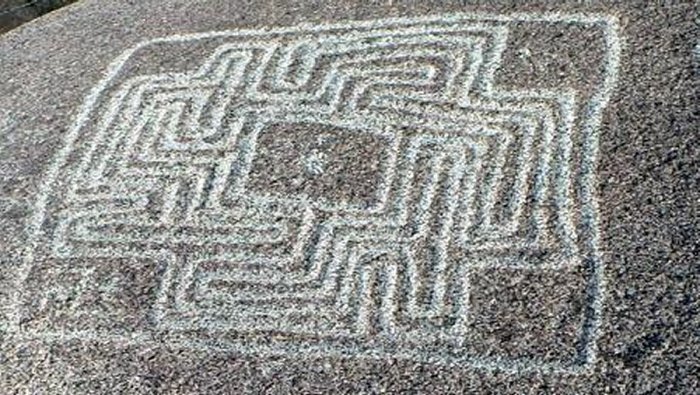 About 50 boulders with labyrinth-carvings have been identified in California’s counties such as Riverside, Imperial, San Diego and Orange.

Hemet’s gray boulder is covered with the intricate design of a labyrinth and enclosed in a three and a half foot square.

The "maze" consists of two rectangular boxes—one large and containing the other; centered. If one traces the patterns with different colored markers, one would find that between the boxes are two contiguous geometric patterns that resemble a maze. One "maze" is contained by the other on the left hand side, according to World Heritage Encyclopedia.

The swastika that appears in the lower left hand corner is not part of the original work as evidenced by a 1930's era photo featured in the Hemet Centennial calendar (featured photo of July 2010; available from the Hemet Museum located at the old train depot on the northwest corner of State and Florida). 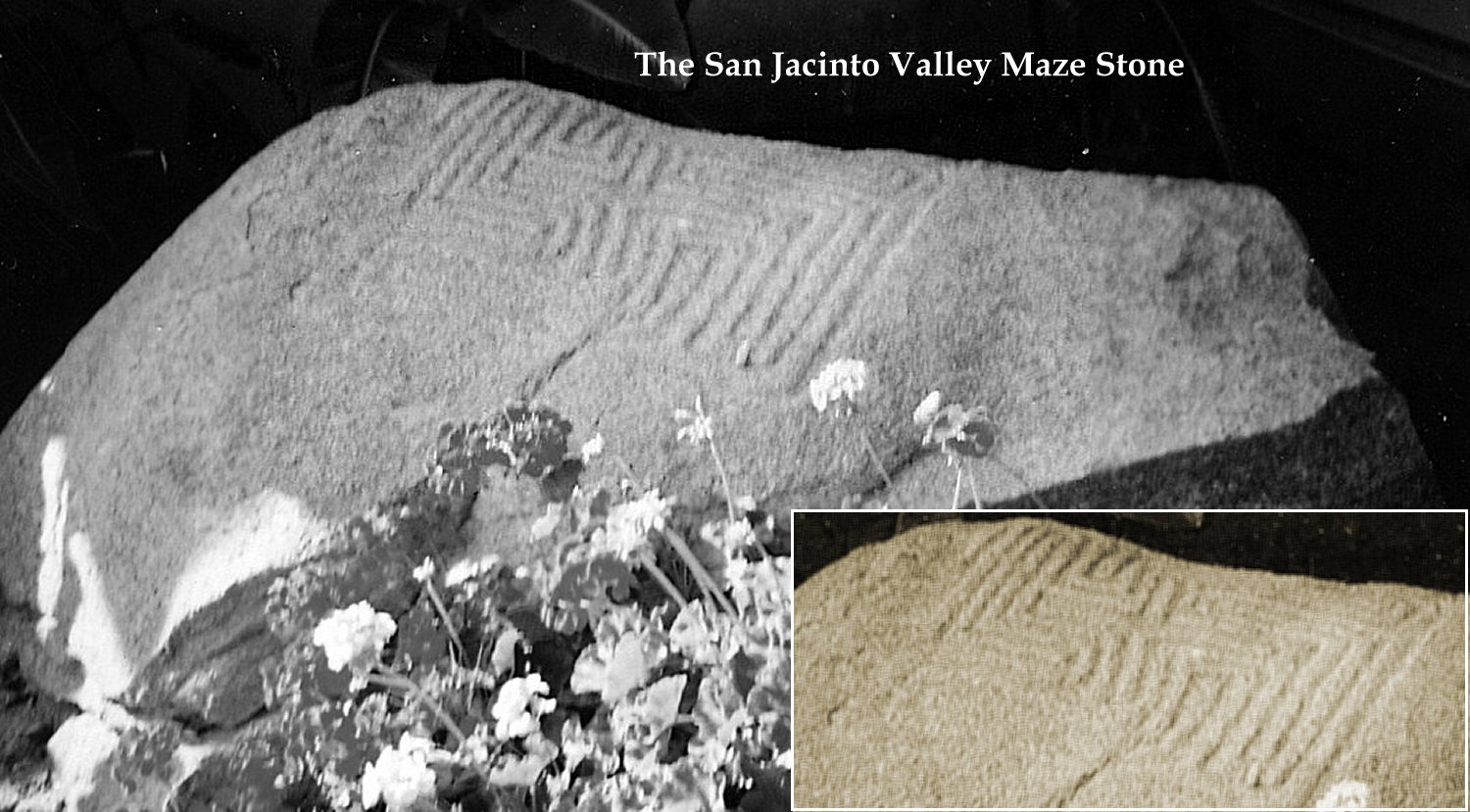 The San Jacinto Maze Stone was found about 3 miles north of the Hemet Maze Stone. It was later moved to the Soboba Indian Reservation. Thousands of years ago, the descendants of the Soboba people are those who have lived on and occupied the land. Photo credits: Visit San Jacinto Valley

Rock art is very difficult to date. However, based on 'desert varnish', which is the outer layer substance which forms over time and darkens the surface of rocks, the maze-like carving was probably made much earlier between 3,000 and 4,000 years ago.

Intricate Mazes And Labyrinths: Mysterious Symbols Of Beauty And Confusion Or Communication Signals

About 3 miles north of the Hemet Maze Stone, there was found the San Jacinto Maze Stone, which was later moved to the Soboba Indian Reservation. Thousands of years ago, the descendants of the Soboba people are those who have lived on and occupied the land, which is presently known as the cities of San Jacinto, Hemet, Valle Vista and Winchester.

There are other mazes in the Hemet area, including the 2 1/2-foot-square Ramona Maze Stone, similar in design to the Hemet maze. It was found by hikers in 1977 after heavy rains washed away ground cover and exposed the rock, on which it was carved.

Ten miles north of Hemet on a large boulder is an extremely complex 4-foot-square maze outlined in red paint. Part of the maze was destroyed by four shotgun blasts in the early 1960s, according to researcher and archaeologist Daniel F. McCarthy, who has recorded and photographed 50 Indian mazes

About 50 boulders with labyrinth-carvings have been identified in California’s counties such as Riverside, Imperial, San Diego and Orange. Additionally approximately 14 similar ones have been located in a desolate area of Palm Springs.

All maze stones are located on boulder-strewn mountainsides in these regions and all of them have been discovered within 150 miles of each other; it is interesting to note that all the stones are rectangular-shaped, although their size varies from only 4 inches to several feet in diameter.

It remains a mystery who carved the mazes, when, why and what they represent.