AncientPages.com - On June 20th 1840, Samuel F.B. Morse (1791 – 1872) received a patent for the single-wire telegraph system. He was a co-developer of the Morse Code and helped to develop the commercial use of telegraphy.

Samuel F.B. Morse, an American portrait painter and inventor with many diverse interests, gave us something much better - the electric telegraph. 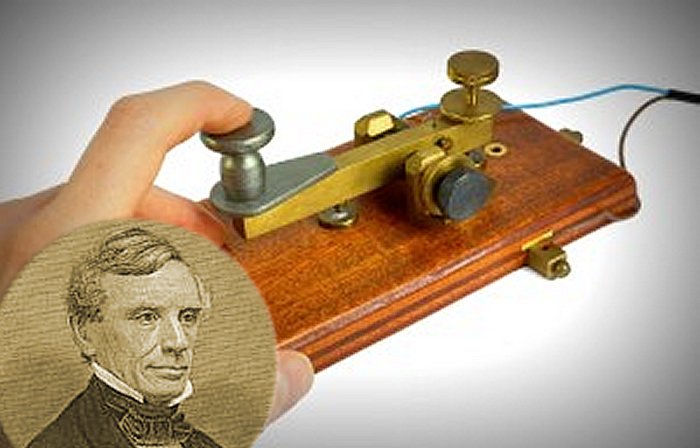 He patented three new pumps and studied electricity; the telegraph was his most famous achievement.

Morse devised a telegraphy system in cooperation with his associate and inventor, Alfred Vail. His dot-dash system represented numbers and letters of the English alphabet and allowed for the simple transmission of complex messages across telegraph lines.

It was put to practical use in 1844, after he and Vail produced a working electromagnetic telegraph transmitter. Morse sent his first telegraph message, from Washington, D.C., to Baltimore, Maryland. By 1866, a telegraph line had been laid across the Atlantic Ocean from the U.S. to Europe.

The telegraph is not widely used today; it has been replaced by the telephone, fax machine, and Internet.

The telegraph was the important communication technology 100 years ago, just as the Internet is today, with emails, chat, twitter.

However, the invention of the telegraph will remain a significant part of history for being one of the first forms of long-distance communication.