Ellen Lloyd - AncientPages.com - You might have heard the term “Black Irish” before, but who were these people? Where did they live, come from and when was the term first used?

The term “Black Irish” is generally used to people of Irish origin who have dark features, black hair, darker skin and dark eyes. Interestingly, the term is almost never referred to in Ireland, but has been in circulation among Irish emigrants and their descendants for centuries.

Ireland has been subject to numerous invasions from several different countries throughout history. The Celts arrived on the island about the year 500 B.C. The Vikings arrived in Ireland as early as 795 A.D. and funded the Norse Kingdom of Dublin in 839 A.D.

The Kingdom of Dublin came to an end in 1171 when the Normans arrived. The Normans faced these Hiberno-Norse kingdoms in Ireland and gradually society began to evolve into what is now known as Norman Ireland.

It is very likely the Vikings would have stayed in Ireland much longer, if it hadn’t been for the famous Irish hero Brian Boru who dared to chase off the “dark invaders” or ‘black foreigners’ as the Vikings were called.

The Gaelic word for foreigner is "gall" and for black (or dark) is "dubh."

Many of the invaders' families took Gaelic names that utilized these two descriptive words. The name Doyle is in Irish "O'Dubhghaill" which literally means "dark foreigner" which reveals their heritage as an invading force with dark intentions.

In 1588, members of the Spanish army were shipwrecked on the coast of Ireland. If they stayed on the island and began families then their genes could have been spread down throughout the generations.

However, most historians believe that the majority of these Spanish soldiers were handed over to the British authorities and executed, so it’s unlikely that any did survive could’ve made much of an impact on the country’s gene pool. 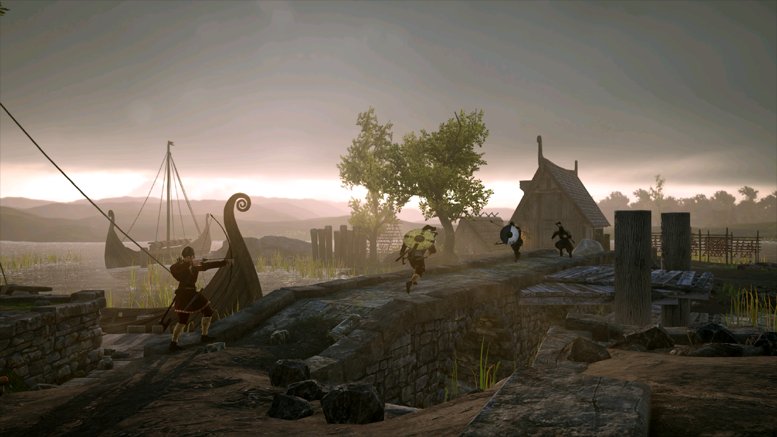 During the Great Famine of 1845 to 1849, the hundreds of thousands of Irish peasants emigrated to America. 1847 was known as "black 47." The potato blight which destroyed the main source of sustenance turned the vital food black. It is possible that the arrival of large numbers of Irish after the famine into America, Canada, Australia and beyond resulted in their being labeled as "black" in that they escaped from this new kind of black death.

The potato blight which destroyed the main source of sustenance turned the vital food black. It is possible that the arrival of large numbers of Irish after the famine into America, Canada, Australia and beyond resulted in their being labeled as "black" in that they escaped from this new kind of black death. 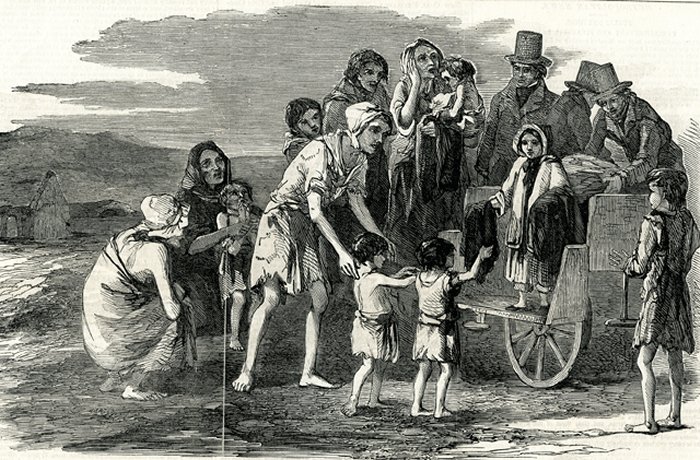 During the Great Famine of 1845 to 1849, the hundreds of thousands of Irish peasants emigrated to America. Image credit: Image credit: Maggie Land Blanck

It is also possible British may have used ‘Black’ as a derogatory term. During the 1800s, the relationship between Ireland and Britain was at an all-time low. The ‘Great Famine’ in Ireland caused millions to emigrate or starve. The British government did not offer enough assistance and the tension between Ireland and Britain were high which resulted in mistrust. The term could have been born out of this tension, with the British labeling the Irish ‘Black’ as a description of their supposed sinister and underhand characteristics.

It is very difficult determine when exactly the term “Black Irish” was first used, but it seems several historical events in Ireland contributed to the birth of the term and as we have seen there are numerous theories as to how the term originated.

The theory that the "Black Irish" are descendants of any small foreign group that integrated with the Irish and survived is unlikely. It seems more likely that "Black Irish" is a descriptive term rather than an inherited characteristic that has been applied to various categories of Irish people over the centuries.