AncientPages.com - On 13 May 1568, the Battle of Langside was fought between the forces of Mary, Queen of Scots and those of the Earl of Moray, her half-brother, who since her forced abdication on 24 July 1567 had been Regent of Scotland on behalf of James VI. 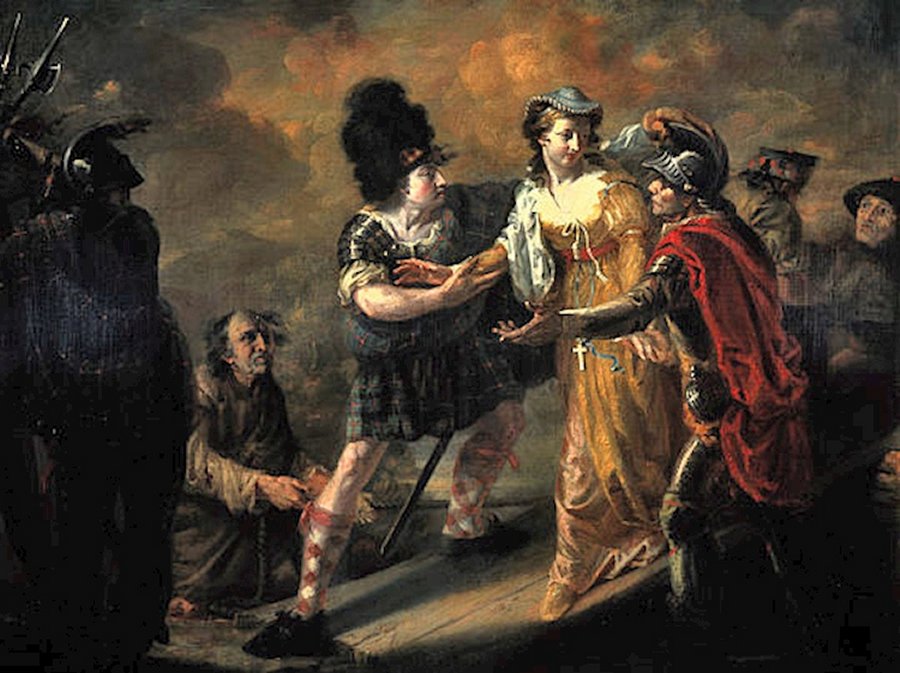 An oil painting of Mary, Queen of Scots escaping from Lochleven Castle by William Craig Shirreff (1805)

Within a year, Mary, who had been imprisoned on an island in Loch Leven Castle, escaped and led her
troops at the Battle of Langside.

The battle took place on the south side of modern Glasgow and was one of the most significant battles to take place within Glasgow city boundaries.

“Of all the many battles in which Scots have fought against Scots, perhaps the only one which can be claimed to have exercised a decisive influence on the fortunes of the nation was at Langside. There was much more at stake than in any other engagement during Scotland’s tragic and frequent civil wars.

Compared to any of the great battles of Scottish history, the engagement was no more than a skirmish, yet for the time it settled the destiny of Scotland. It established the reformed church, put an end to the French alliance and shattered the last hope of Mary Stuart.”

On the morning of 13 May, forces in support of Mary, Queen of Scots and commanded by the Earl of Argyll, were en route from Hamilton via the southern bank of the River Clyde towards Dumbarton Castle.

They found their path blocked by troops of the Regent Moray, who marched out of Glasgow to intercept them. After an unsuccessful cavalry charge, Mary's foot soldiers approached Langside Hill up the Lang Loan, now Battlefield Road and there, they were met by gunfire along with other forces coming down from the site of Pathhead Farm.

The two armies clashed in the area where Battlefield Memorial now stands. One hundred of Mary`s men were killed and her army fled; the battle had only taken three quarters of an hour.

The retreat became a rout, with an estimated 300 killed on the Queen's side, and only a handful of fatalities in the Regent's army.

After the battle, Mary fled southwards and headed into England. She spent her last night in Scotland at Dundrennan Abbey, near Kirkcudbright, before crossing to England to face captivity and ultimately execution.