AncientPages.com - Most people have seen the Saltire, Scotland’s national flag. With its symbol in the form of a diagonal cross, the blue flag is easily recognizable.

However, far from all know the interesting history of the Saltire that is also world’s oldest sovereign flag.

The history of the Saltire can be traced to an ancient legend and St Andrew, the patron saint of Scotland. 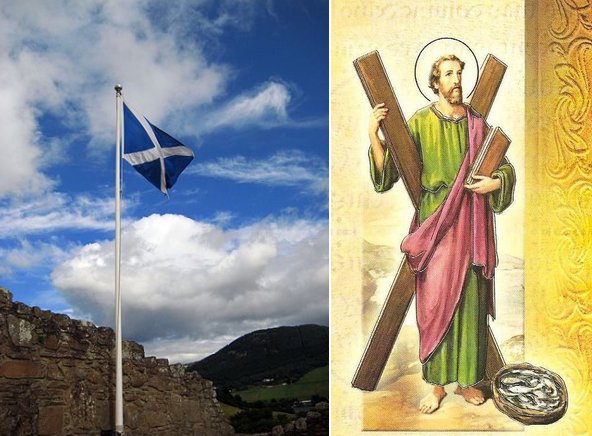 It is believed that in in 832 AD, a Pictish army under King Angus MacFergus, High King of Alba, along with a force of Scots under Eochaidh, King of Dalriada came up against a Northumbrian force under King Aethelstan of East Anglia in Lothian.

The Pictish army had little chance to win the battle. They were surrounded by superior numbers and the soldiers prayed for assistance. That night Saint Andrew who was martyred on a Saltire shaped cross appeared to Angus and assured him of victory. The next morning something extraordinary happened. When the two forces prepared for the battle an image of a white cross suddenly appeared in the sky.

The image encouraged the Picts and gave them strength and courage. The Northumbrian army became terrified and fled in panic. The site of the battle is known as Athelstanford after the Northumbrian leader who was killed in the battle. From then onwards the Saltire has been used as Scotland's national flag. 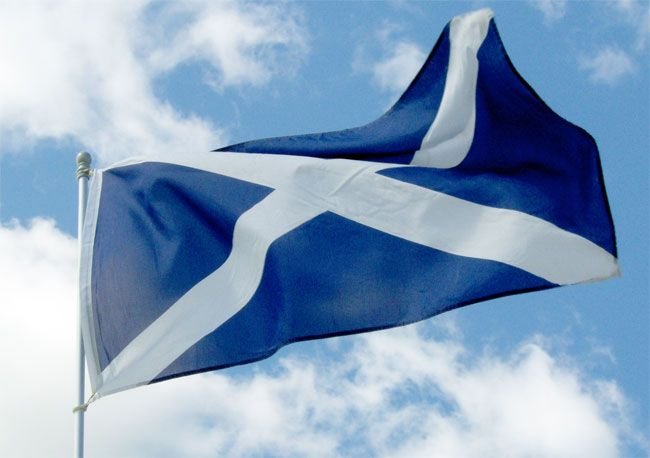 The Saltire is Scotland's national flag.

Today, the Saltire is also referred to as St Andrew's cross.  St Andrew was an agile and hardy Galilean fisherman whose name means Strong and who also had good social skills. He brought the first foreigners to meet Jesus and shamed a large crowd of people into sharing their food with the people beside them. He was one of the disciples of Christ. He became a missionary in Asia and Greece, before he was crucified by the Romans at Patras in 69 AD. Legend tells that St. Andrew felt unworthy to be crucified on a cross similar to Jesus and demanded to die on a X shaped cross instead. 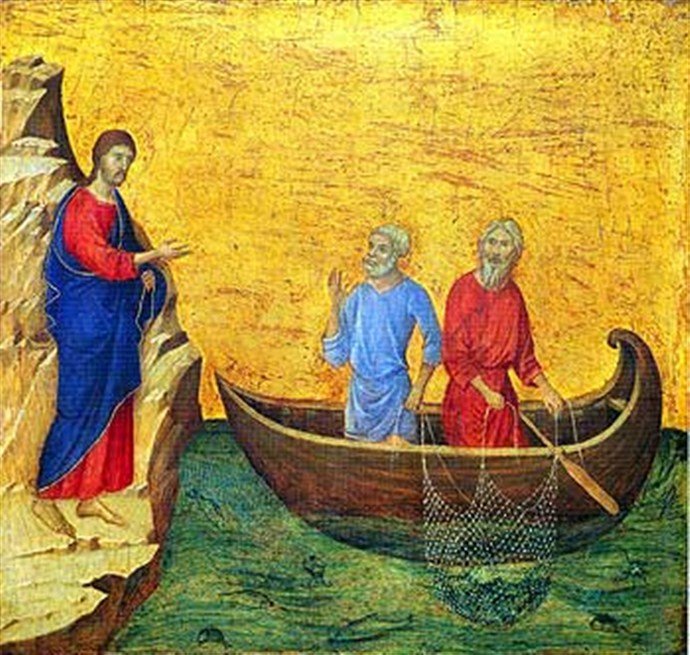 St Andrew was a Galilean fisherman.

His remains were entombed in Constantinople but later removed by St Rule who was told to take the remains to the 'ends of the earth' for safe keeping. He removed a tooth, arm bone, kneecap and some fingers from the tomb and set off for the most remote place he could find. That place was on Scotland's east coast and has become known as St Andrews. The relics were later destroyed during the Reformation and most of the other remains were stolen from Constantinople and moved to Amalfi in Italy. Some of these relics were presented to Scotland in 1879 and 1969.

This is the story how the Saltire became the flag of Scotland.

To have Saint Andrew as Scotland's Patron gave the country several advantages. Since St Andrew was the brother of Saint Peter, founder of the Church, the Scots were able to appeal to the Pope in 1320 (The Declaration of Arbroath) for protection against the attempts of English kings to conquer the Scots. Traditionally, Scots also claimed that they were descended from the Scythians who lived on the shores of the Black Sea in what is now Romania and Bulgaria and were converted by Saint Andrew. 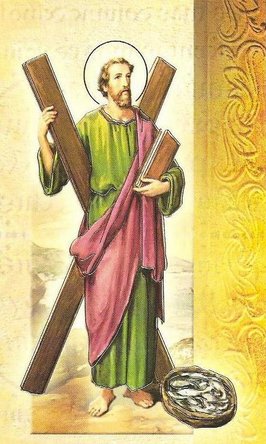 St Andrew was crucified on a x-shaped cross.

The Saltire was an important religious symbol. It was was worn by Scottish crusaders to the Holy Land and incorporated into their coats of arms. Many Scottish noble families adopted the Saltire in this way; Bruces, Johnstones, Kirkpatrics and even some Norman families.

In the 1707 Act of Union, Scotland and England became the United Kingdom. A new flag was designed that united the crosses of St Andrew and St George.

Scotland – The Official gateway To Scotland