Today, Nefertiti is remembered as an Egyptian queen renowned for her beauty. She ruled alongside her husband, Pharaoh Akhenaten, during the mid-1300s B.C, but little is known about the origins of Nefertiti. Some scholars have proposed Nefertiti was a princess from the ancient Mitanni kingdom and her name might originally have been princess Tadukhipa.

The Ancient Kingdom Of Mitanni

The Mitanni kingdom was referred to as the Maryannu, Nahrin or Mitanni by the Egyptians, the Hurri by the Hittites, and the Hanigalbat by the Assyrians.

The ancient kingdom of Mitanni (Mittani) flourished between 1500 BC–1300 BC. in northern Syria and southeast Anatolia. Mitanni was one of several kingdoms and small states founded by the Indo-Iranians in Mesopotamia and Syria.  In the year 1350 BCE Mitanni was powerful enough to be included in the 'Great Powers Club' along with Egypt, the Kingdom of the Hatti, Babylonia and Assyria. 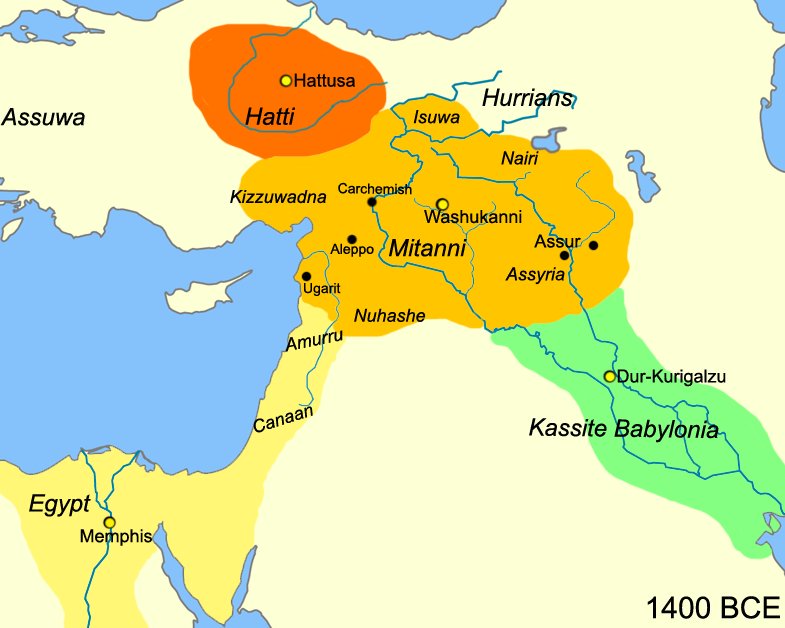 The Kingdom of Mittani, known to the people of the land, and the Assyrians, as Hanigalbat and to the Egyptians as Naharin and Metani, once stretched from present-day northern Iraq, down through Syria and into Turkey and was considered a great nation. Image credit: Ancient History Encyclopedia

In his book, The A to Z of Mesopotamia, historian Gwendolyn Leick writes that “the population of Mitanni was predominantly Hurrian, but the ruling elites were Indo-European warriors who called themselves Mariannu and who worshipped deities with Vedic names such as Indar, Uruwana, and the collective Devas. This elite was to intermarry with the local population, as the names of their children testify.”

In its early years, the Mitanni kingdom was competing with Egypt for control over Syria. Later, agreeable relations were established between Mitanni and the Egyptian king Thutmose IV (reigned 1425–17 bc).

In its early years, the Mitanni kingdom was competing with Egypt for control over Syria. Later, agreeable relations were established between Mitanni and the Egyptian king Thutmose IV (reigned 1425–17 bc).

One of the most outstanding Mitannian king was Saustatar (Shaushshatar; reigned c.1500–c.1450 bc), who is said to have looted the Assyrian palace in Ashur. The last independent king of Mitanni was Tushratta (died c. 1360 bc), under whose reign Wassukkani was sacked by the Hittite king Suppiluliumas I.

Tadukhipa was the daughter of Tushratta, king of Mitanni (reigned ca. 1382 BC–1342 BC) and his queen Juni. Not much is known about princess Tadukhipa. She is believed to have been born around Year 21 of the reign of Egyptian Pharaoh Amenhotep III, (c. 1366 BC). 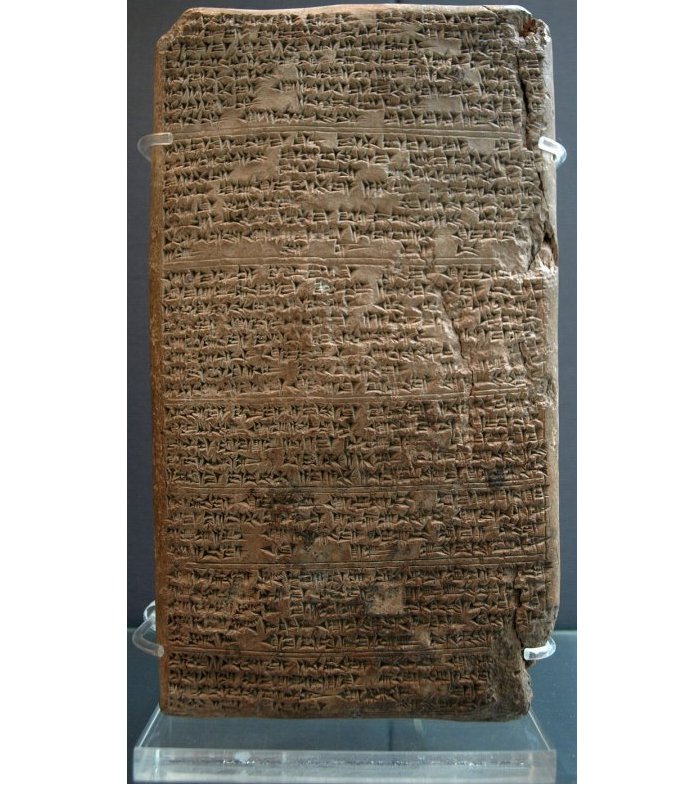 One of the "Amarna Letters" negotiating a marriage between Amenhotep III and Tushratta's daughter Tadukhipa. Image credit: Wikipedia

She is mentioned in seven of Tushratta's thirteen Amarna letters, of about 1350-1340 BC. King Tushratta requested that his daughter would become a queen consort. However, Amenhotep III died shortly after Tadukhipa arrived in Egypt and she eventually married his son Amenhotep IV (Akhenaten).

Some scholars identify princess Tadukhipa with Kiya, a queen of Akhenaten. It has been suggested that the story of Kiya may be the source for the New Kingdom story called the Tale of Two Brothers. 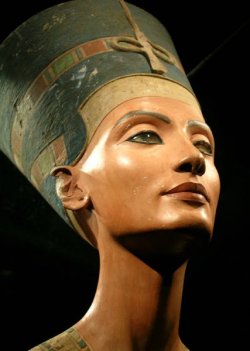 This fable tells the story of how the pharaoh fell in love with a beautiful foreign woman after smelling her hair.

If Tadukhipa was later known as Kiya, then she would have lived at Amarna where she had her own sunshade and was depicted with the pharaoh and at least one daughter.

Others such as Petrie, Drioton and Vandier have suggested that Tadukhipa was given a new name after becoming the consort of Akhenaten and is to be identified the famous queen Nefertiti.

This theory suggests that Nefertiti's name "the beautiful one has come" refers to Nefertiti's foreign origin as Tadukhipa.

Several historians have pointed out that Tey, wife of Ay, held the title of the nurse to Nefertiti, and that this argues against this identification.

A mature princess arriving in Egypt would not need a nurse.

Mystery Of Ancient Sarcophagi In Egypt

The exact date when Nefertiti married Amenhotep III's son, the future pharaoh Amenhotep IV, is unknown. It is believed she was 15 when they wed, which may have been before Akhenaten assumed the throne.

Nefertiti and her husband established the cult of Aten, the sun god. Today, a bust of Nefertiti is one of the most iconic symbols of Egypt.