Ellen Lloyd - AncientPages.com - Do all living beings have a soul? What happens to the soul after death? For as long as anyone remember these questions have occupied the minds of some of the world’s greatest philosophers and scientists. The concept of the souls is very old. Ancient beliefs about the soul can be found among many cultures world-wide.

A 3,000-year-old stone memorial in the Iron Age city Sam’al, Turkey reveals our ancestors were very curious about the soul. 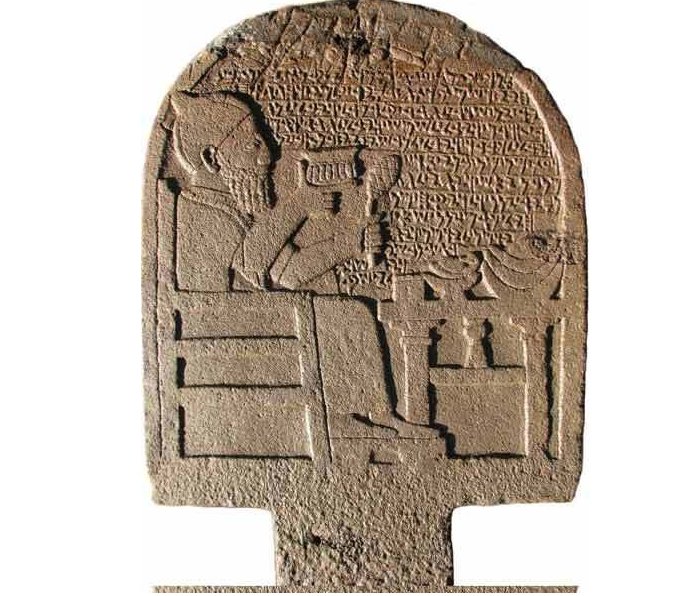 The 800-pound, three-foot-tall piece of rock, has an incised picture of a man, the deceased, who was presumably cremated. The inscription on the monument was made by a man named Kuttamuwa and words explain that the soul of the now dead man resided within the stone slab. So, people believed the soul lived in the stone.

Belief of the soul is linked with human consciousness

The recognition of a soul appeared hand-in-hand with human consciousness. It is likely it was first voiced when we had language to put the idea of a soul into words. That would place the time frame for a soul around 200,000 years ago, when humans experienced a cultural explosion which they expressed in art, clothing, and evidence of religion. 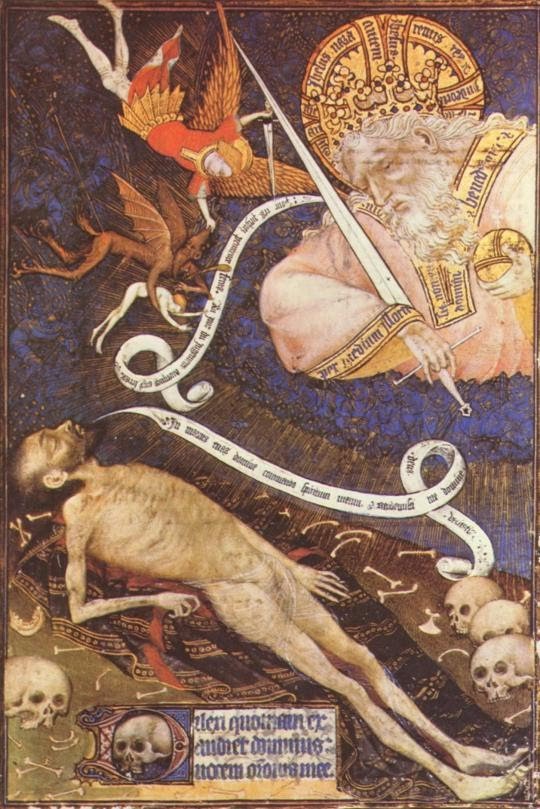 Ancient Greeks’ view about the soul

The idea that we have a soul can be encountered in many of the world’s religions, especially in the ancient world. Greek philosophers like Plato saw the world as a spiritual being, and the idea of the world soul received the name anima mundi.

Anima mundi was a spiritual essence that enveloped everything in the world and all of nature.

From Homeric poems we learn that the soul is something that a human being risks in battle and loses in death. On the other hand, it is what at the time of death departs from the person's limbs and travels to the underworld, where it has a more or less pitiful afterlife as a shade or image of the deceased person.

Later, people were no longer convinced that the world was so spiritually developed. With creation came sin and a separation between the worldly and the divine, and the world lost its soul.

Death Is Just An Illusion: We Continue To Live In A Parallel Universe

History Of Safety Coffins: From Ancient To Modern Times

Mystery Of The Banshee – Is The Celtic Death Messenger Linked To The Tuatha De’Dannan Race?

Renaissance artists revived the concept of the soul

During the Renaissance the concept of a soul was brought to life again. Renaissance artworks attempted to convey the message there is a on a spiritual connection between the world and all living things.

While Christianity firmly believed in a divide between the worldly and the spiritual, artists saw concepts like the sacred proportions as proof that everything was connected.

Ancient Egyptian concept of the soul

The ancient Egyptians believed that a human soul was made up of five parts: the Ren, the Ba, the Ka, the Sheut, and the Ib. In addition to these components of the soul there was the human body. An important part of the Egyptian soul was thought to be the Ib or heart. The heart was the key to the afterlife. A person's shadow Sheut was always present. The shadow was also representative to Egyptians of a figure of death, or servant of Anubis, a god associated with mummification and the afterlife in ancient Egyptian religion. The shadow was depicted graphically as a small human figure painted completely black. 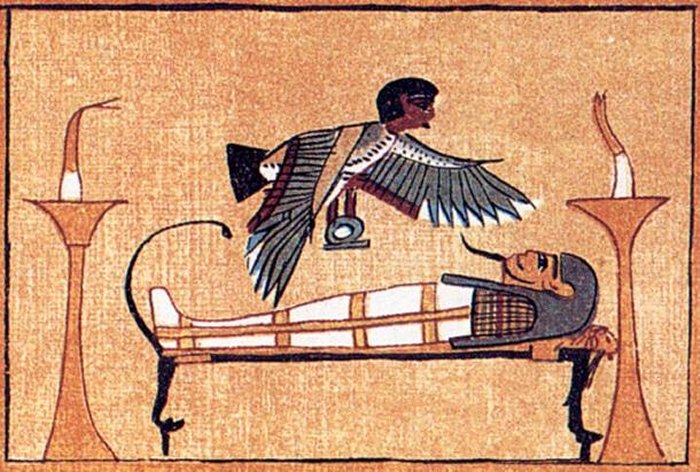 The Egyptian ba, or the personality part of the soul, hovers over its mummy.

As a part of the soul, a person's name - ren was given to them at birth. The ancient Egyptians believed that it would live for as long as that name was spoken, which explains why efforts were made to protect it and the practice of placing it in numerous writings.

The 'Ba' was everything that makes an individual unique, similar to the notion of 'personality'.  The Ka was the Egyptian concept of vital essence, that which distinguishes the difference between a living and a dead person, with death occurring when the ka left the body.

Ancient Egyptians believed that death occurs when a person's ka leaves the body. Ceremonies conducted by priests after death, including the "opening of the mouth", aimed not only to restore a person's physical abilities in death, but also to release a Ba's attachment to the body. This allowed the Ba to be united with the Ka in the afterlife, creating an entity known as an "Akh" meaning "effective one").

According to a Dutch missionary working and living in Indonesia from the 1890s, head-hunting tribes valued heads of their enemies not because they were trophies, but because they contained a soul-substance. This soul-substance could be transferred from one person to another. It could be stored and make the entire community stronger.

Taking heads increased the soul-substance of a family, a community, or a village. The village became more fertile, crops would be healthier and productive, and animals would be bigger and stronger, all ultimately leading to a better life. Without extra soul-substance in the villages, crops would wither and die, villagers would fall ill, and the community itself would fall into decline.

The concept of the soul remains an unsolved puzzle in modern times. Much have been written and said about the existence of the soul and it still a one of the greatest mysteries of all times.