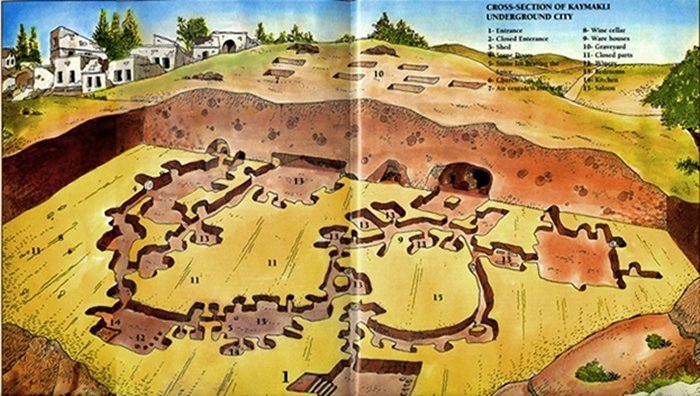 Today from past it has been used various purposes in different times. Due to its soft volcanic rock, Kaymakli people built this splendid underground city around their homes for the security reasons. Also there are found special, secret tunnels connected to underground city and those houses. Whenever there was happened any attacks, they could temporarily use these private tunnels to pass the underground masterpiece in order to protect themselves.

During the Byzantine era and the Arab-Byzantine wars (780-1180), Christians used the underground city to protect them from Muslim Arabs persecution.

The city was connected with Derinkuyu underground city through miles of tunnels and served as good hiding place.

After the region fell to the Ottomans the cities were used as refuges from the Turkish Muslim rulers, and as late as the 20th century the inhabitants, called Cappadocian Greeks, were still using the underground cities to escape periodic waves of Ottoman persecution. 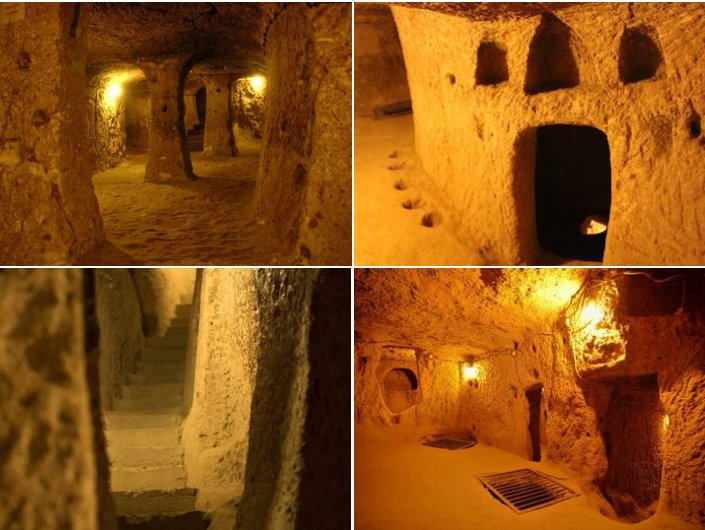 Dawkins, a Cambridge linguist who conducted research on the Cappodocian Greeks in the area from 1909-1911, recorded that in 1909 that “when the news came of the recent massacres at Adana, a great part of the population at Axo took refuge in these underground chambers, and for some nights did not venture to sleep above ground.”

Highly Sophisticated Underground City Of Derinkuyu – Who Were The Master Builders?

Like most of the word’s underground cities, the most impressive aspect of the Kaymakli Underground City is the organized, structured and comprehensive nature of the complex. It had everything from living space, stables and communal kitchens to a church and a graveyard as well as being well fortified to protect its inhabitants. It also has an inordinate number of storage rooms.

The underground city of Kaymakli had eight floors and was about 40 meters deep. Four of these floors are open to tourists. On the first floor there is a stable and on the second is a church. 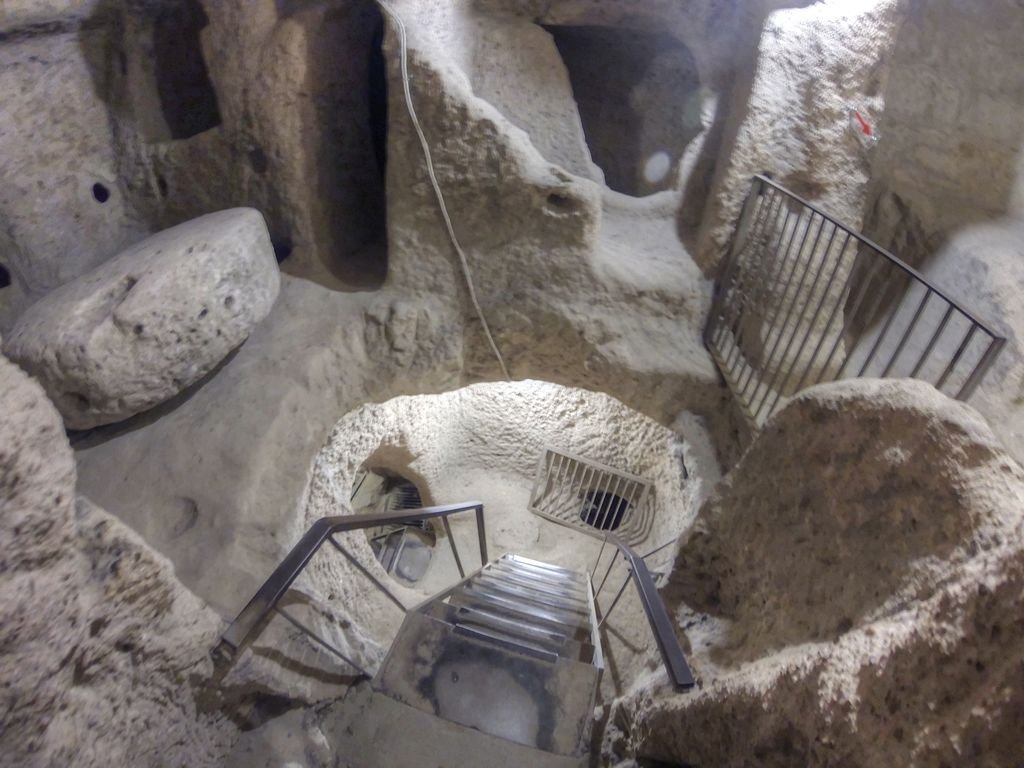 The third floor contains the most important areas of the underground compound: storage places, wine or oil presses, and kitchens. In order to avoid detection by the enemy, smoke from the kitchen was emitted via several little chimneys rather than a single large one. On the fourth floor, there are huge food storages. It has narrow tunnels to weaken the enemy. It composes of private kitchen and flour furnaces. This reflects us underground city public has a regularly economy living.

The air inside the city remains perfectly fresh no matter how many visitors there are, due to air shafts.