AncientPages.com - In the 1960s, an interesting ancient and large seal was discovered by the Old Testament scholar Dr Marjo Korpel.

It was initially assumed that the seal had belonged to the biblical figure, Queen Jezebel (Izebel), the Phoenician, pagan wife of the Israelite King Ahab (9th century BC).

Many say she indeed was a very bad person. Jezebel's name has been used for thousands of years to describe cunning, ruthless and reprehensible women.

Some believe she symbolizes evil and her name has also become synonymous with idolaters, prostitutes and sorcerers. 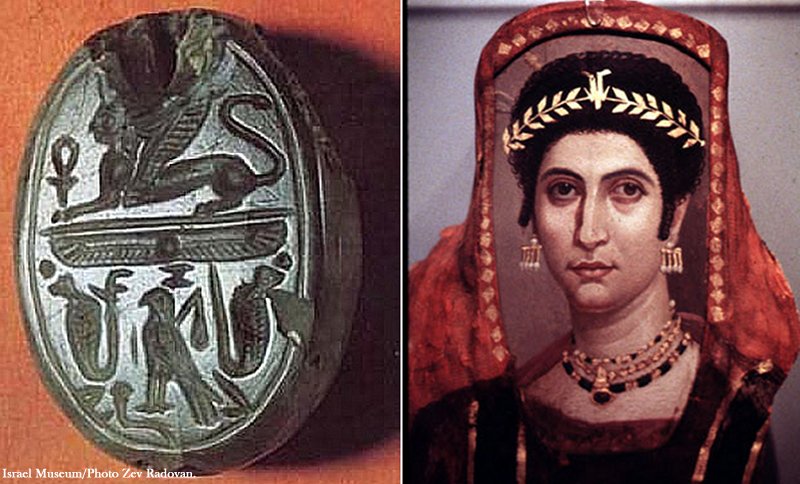 Four paleo-Hebrew letters—two just below the winged sun disk at center, two at bottom left and right—spell out the name YZBL, or Jezebel, on this seal. The Phoenician design, the dating of the seal to the ninth or early eighth century B.C.E. and, of course, the name, have led scholars to speculate that the Biblical queen may once have used this gray opal to seal her documents.

The Bible portrays Queen Jezebel as a woman who, in the background, exerted enormous influence, including on her husband (1 Kings 21:25).

She saw the opportunity to bend the country's affairs to her will by devious means, including using her husband's seal (1 Kings 21:8) to forge letters.

'...So she wrote letters in Ahab’s name, placed his seal on them, and sent them to the elders and nobles who lived in Naboth’s city with him...' 1 Kings 21:8

And in fact, being in possession of her seal, she was able to deal with a variety of important matters independently of her husband, Ahab.

The seal - exceptionally large compared to the seals commonly possessed by ordinary citizens - was engraved with the name yzbl in ancient Hebrew. 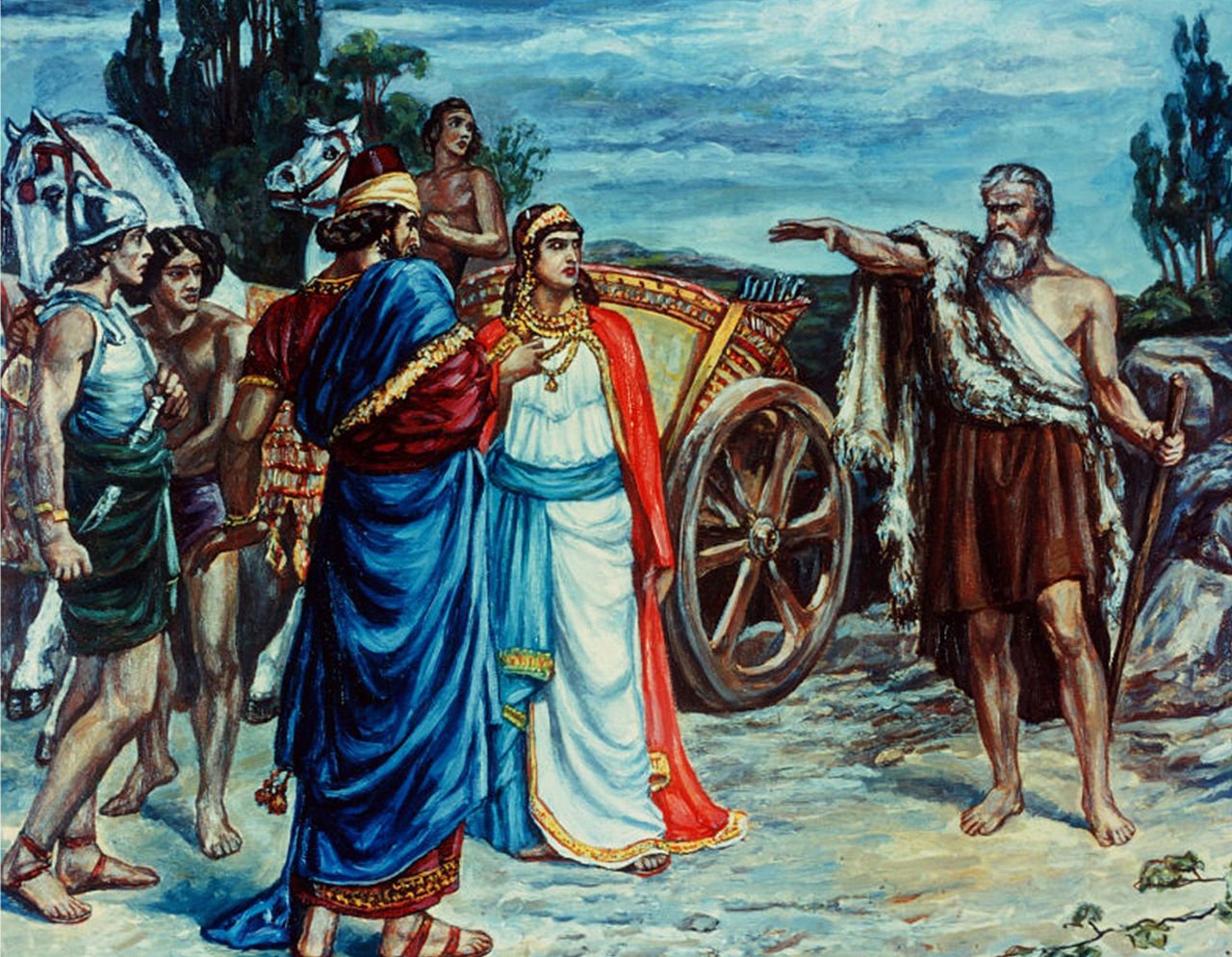 The artifact not only bears symbols that indicate a woman but also symbols that designate a royal female owner.

The spelling of the name, however, was erroneous and the personal seal could just as easily have belonged to another woman of the same name. There was uncertainty regarding the original owner.

Did  the seal really belong to Jezebel?

A new and more thorough investigation conducted by the Utrecht Old Testament scholar Marjo Korpel finally confirmed that the seal must have belonged to the infamous Queen Jezebel. 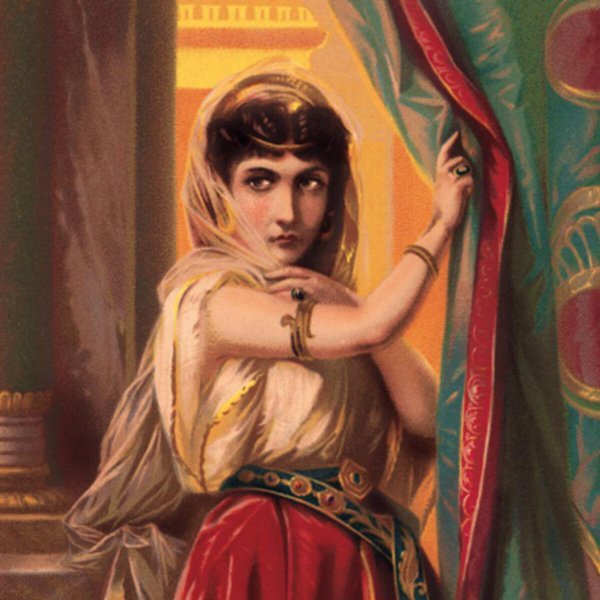 The comparison of the artifact to other, similar seals revealed the upper edge of the seal must have carried two broken-off letters that point to Jezebel as owner and lead to a correct spelling of Jezebel’s name (in mirror image).

The death of the evil Queen Jezebel

The death of Queen Jezebel was as dramatic as her life that was characterized by intrigue, sex, cruelty, and murder.

Jezebel’s marriage to King Ahab was not based on love. It was an arranged union in order to gain political powers bringing advantages to both nations. Together they ruled as king and queen of Israel, but Jezebel continued worship god Baal and in doing so, earned many enemies. Jezebel used her influence over King Ahab to foster the spread of her Baal religion with its many gods, ritual sex, and temple prostitutes. She hated the monotheistic Hebrew religion

Under his wife's malevolent influence, King Ahab protected and encouraged pagan rituals, prompting Yahweh to inflict a three-year drought in a land where people are spurning him. Seizing the initiative, Jezebel imported 450 priests of Baal from her native Phoenicia and had many of Yahweh's prophets murdered.

The story of Naboth is perhaps the best-known story of Jezebel's life. Naboth was a common landowner who lived close to the King's residence. One day he was asked to give his land to King Ahab in exchange for some compensation. Because of Jewish law, Naboth refused to give up his family's ancestral land. Incited by Naboth's refusal to King Ahab, Jezebel falsely charged him with treason and blaspheming "God and the king," and had him condemned to death by stoning. She then took his plot of land for the king. At this point, Elijah arrived and confronted King Ahab about this brutal transgression, and then predicted that Ahab and all of his heirs would be killed and that dogs will eat Jezebel, according to the famous story.

Some years later, King Ahab died in a battle against the Syrians, and a man named Jehu was promised the crown if he killed Jezebel's son, thus taking Jezebel's power. 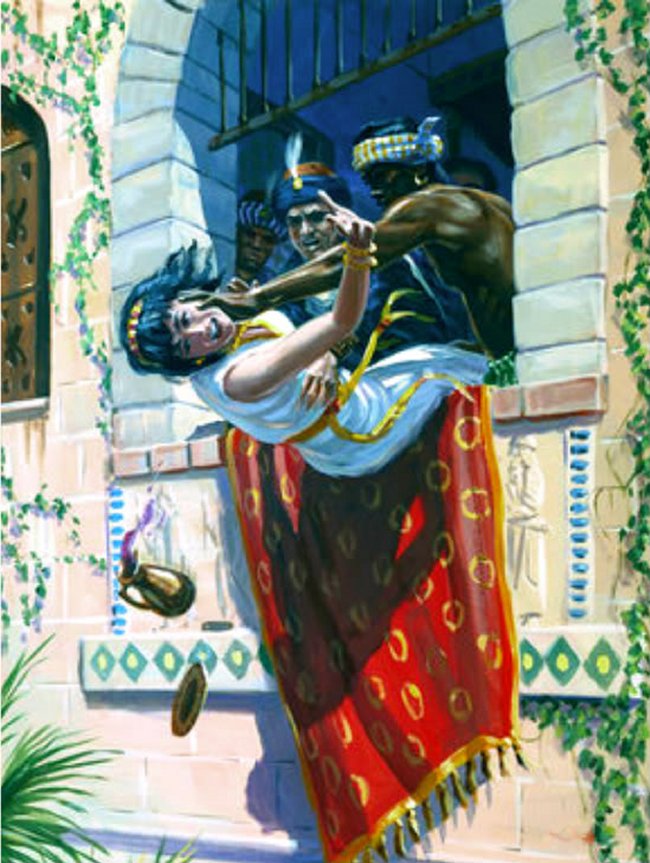 What happened next is still a mystery. Jehu headed to Jezebel's palace to murder her. Jezebel was expecting him. She had dressed herself in nice clothes and put on plenty of make-up. Why she did is it unknown. Some believe her dressing for preparation for her death.

Others think it was an attempt to seduce Jehu and become his mistress. We may never know her intentions, but the whole event ended in that Jezebel was thrown out of her bedroom window, trampled by horses and eaten by dogs.

Queen Jezebel has always been considered a controversial figure and in the centuries since hennes death, she’s become even legendary. In Christian lore, a comparison to Jezebel suggested that a person was a pagan or an apostate masquerading as a servant of God.  In particular, Christians associated Jezebel with immorality.

In modern usage, the name of Jezebel is sometimes used as a synonym for reckless and controlling women.

Eventually, Jezebel came to a bad end. She suffered a horrific death.